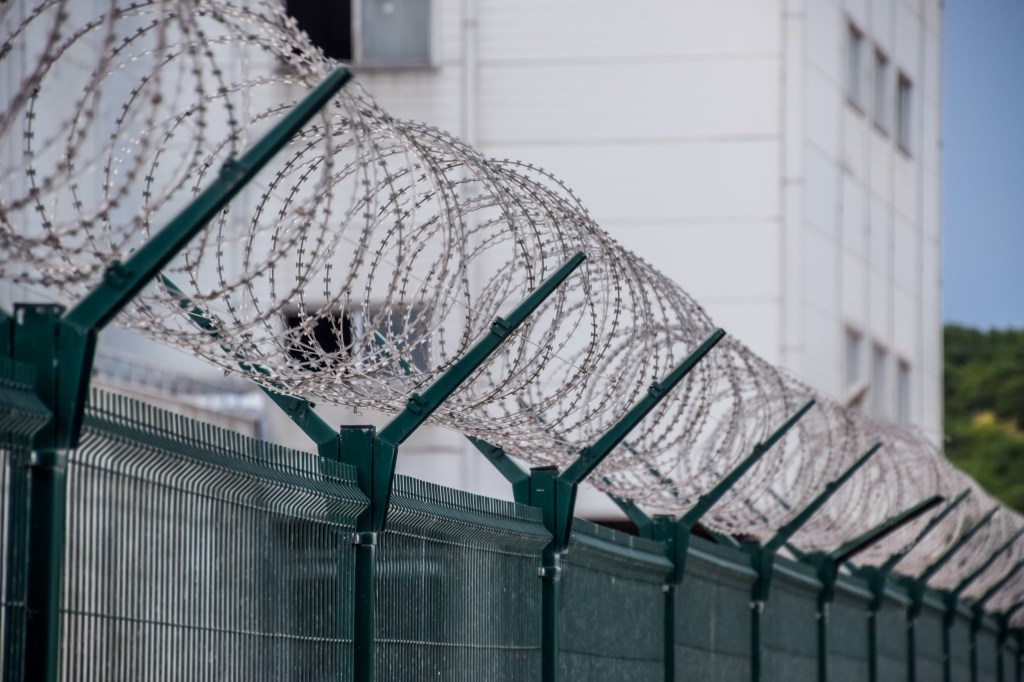 Terror offenders will have all offences committed in jail referred to police within one week (Picture: Getty)

Under the old system, crimes carried out while in prison such as vandalising cells or dealing in contraband were usually dealt with by prison governors.

This would lead to a maximum sentence of 42 extra days behind bars.

But under the new plan, all offences committed in jail by terror offenders will be referred to police within one week for investigation, even if they are relatively minor.

They will then potentially face prosecution, and significantly longer sentences.

Mr Raab said that this change will keep communities safer from those unwilling to change their ways.

‘Terrorist offenders pose a grave risk to public safety, and they must face the full consequences of their actions – whether on the street or behind bars,’ he said.

Terrorists pose a grave risk to the public and a landmark agreement between @HMPPS @TerrorismPolice and @CPSUK means we will be able to keep them in jail for longer if they continue to offend behind bars. Read more about how we are clamping down on them.https://t.co/eHm2ibyj5i

‘This important change means any transgression will come with the prospect of significantly more prison time and keep our communities safer, for longer, from those unwilling to change their ways.’

The move comes following a review of terrorist activity in jails in England and Wales by the Government’s independent reviewer of terrorist legislation, Jonathan Hall KC.

In his report, Mr Hall said public confidence in the criminal justice system is shaken if people enter prison only to become more dangerous.

‘Prisons must not be allowed to become a second opportunity for committed terrorists whose attack plans are thwarted in the community,’ he said.

‘More fundamentally, public confidence in the criminal justice system is shaken if terrorism occurs in prison or if people enter prison only to (become) more dangerous: and the ability of prisons to function is gravely degraded if prison officers fear imminent terrorist attack.’

‘This agreement demonstrates that our efforts to mitigate that threat, and protect our national security, are far-reaching and rely on collaboration with our partners.’

Gregor McGill from the Crown Prosecution Service said: ‘When a crime is committed in a prison there are serious consequences.

‘Today’s updated agreement continues to ensure that police, prisons and the CPS work together to investigate and prosecute prisoners who commit acts of terrorism or serious violence, wherever our legal test is met.

‘Those who commit crimes while serving their sentences risk further charges and longer sentences.’

Friends’ Matthew Perry says opening up on addiction issues in memoir helped others: ‘Five different people read it and checked into rehab the next day’