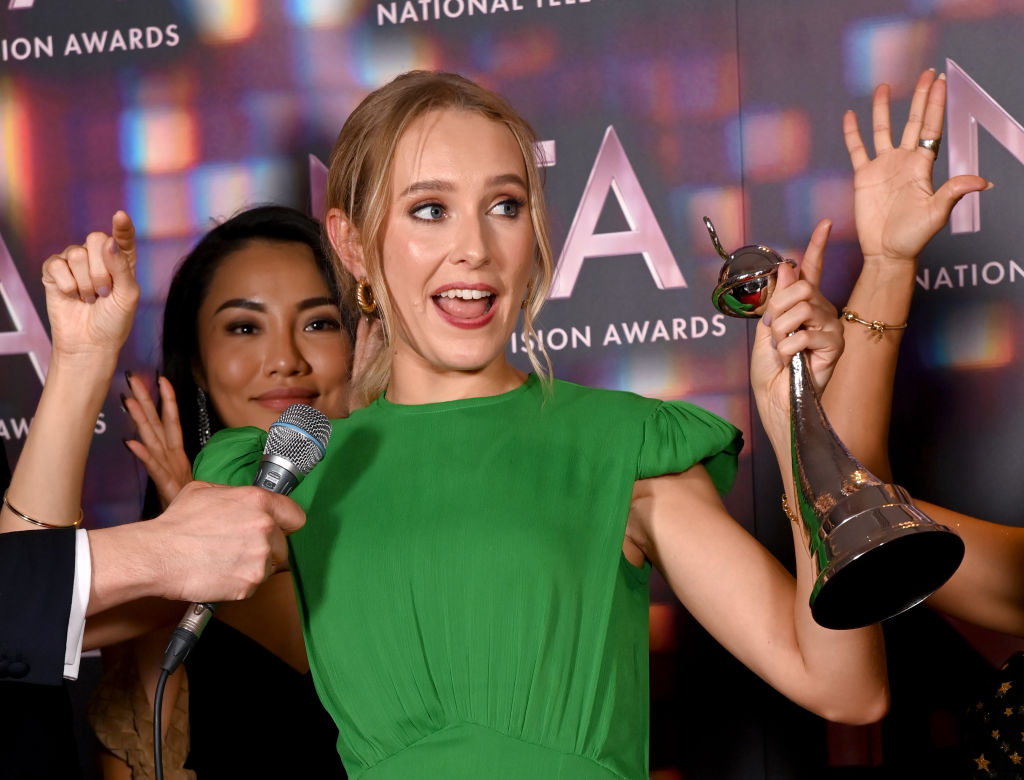 The past 12 mnths have been a whirlwind for the actress (Picture: Getty)

Rose Ayling-Ellis has shared a heartfelt post this weekend marking her 28th birthday, as she reflected on the ‘hardest year of my life’.

The former EastEnders star took to Instagram to share a couple of backstage photos of herself in a red corduroy dress, black tights and lace-up boots as she sipped on a can of coke.

The Strictly Come Dancing 2021 champion was backstage in dressing room six as she filmed an appearance on Channel 4’s The Last Leg, with presenter Adam Hills and co-hosts Josh Widdicombe and Alex Brooker.

Looking back on the last 12 months, which saw her shoot to stardom thanks to her inspiring appearance on Strictly, as well as being named part of this year’s Bafta Breakthrough cohort, the actress called events ‘mad’.

Next to the photos, she posted: ‘First day being 28 was on The Last Leg last night. Mad how my 27th has been the craziest, exciting, interesting, hardest year of my life.’

‘Forever grateful for all the love I’ve received. Thank you ❤️,’ she added.

There’s been plenty of movement in Rose’s professional life, with the star leaving her part as Frankie Lewis in EastEnders in September ahead of making her West End debut in a production of Shakespeare’s As You Like It next month.

However, the actress is also reported to have split with her boyfriend of seven years, Samuel Arnold, earlier this autumn.

It’s said that the pair amicably parted ways after spending a lot of time apart while Rose was on tour.

A source told The Sun: ‘Rose and Sam’s relationship is definitely over.

She was catapulted to fame by her victorious appearance on Strictly (Picture: BBC/PA)

‘It’s very amicable and they’ll remain close friends, but unfortunately there is no future for them romantically.

‘They spent a lot of time apart while Rose was away on tour, which has had an impact.’

Sam is also deaf and largely keeps his life out of the public eye, although Rose has occasionally shared photos of him on her social media.

The couple performed a beautiful routine to Clean Bandit’s Symphony, and their music was paused midway through with Rose and Giovanni instead dancing in silence, a moment which was highly praised by viewers and the judges alike.

On the night of the emotional routine, judge Motsi Mabuse said: ‘Sometimes it’s more than scores and marks and dances, sometimes it’s just a moment, and we just had that. Thank you so much.’