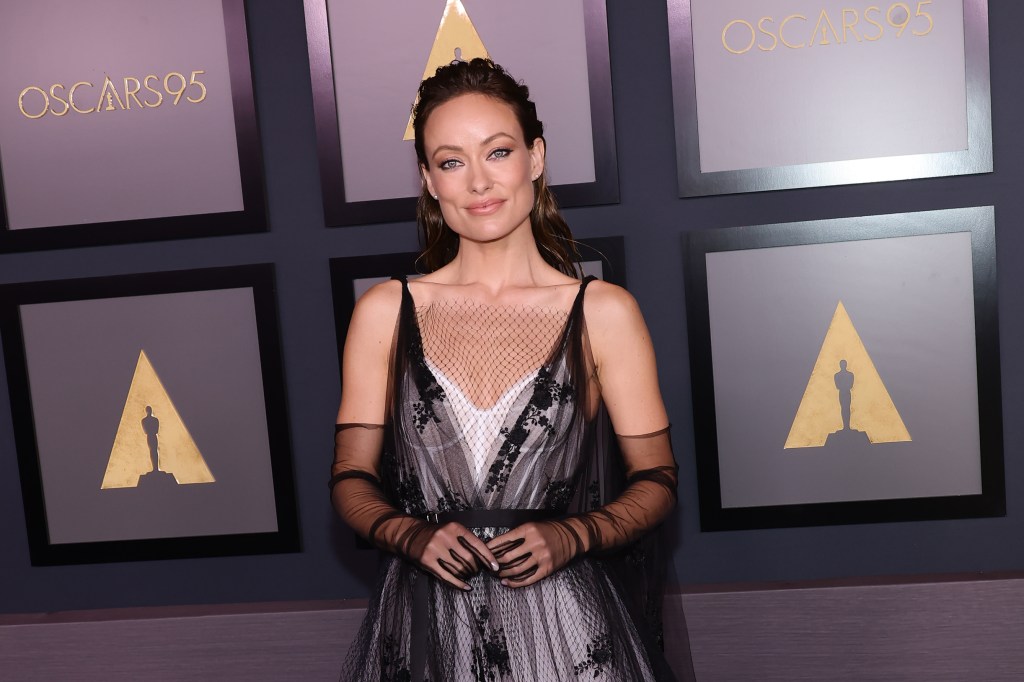 Olivia Wilde was shining and thriving at this year’s Governors Awards, making a red carpet appearance just hours after news of her reported split from boyfriend Harry Styles.

The Don’t Worry Darling director got all glammed up to attend the 13th Governors Awards at the Fairmont Century Plaza in Los Angeles, where she rubbed shoulders with other A-lister such as Jennifer Lawrence and Margot Robbie.

Walking the red carpet solo, Olivia, 38, opted for goth elegance in a puffy white tulle skirt with black lace draped over the gown. The Hollywood star was in good spirits and smiled for the cameras despite her reported personal heartbreak.

It was claimed on Friday that Olivia and Harry, 28, had decided to take a break from their relationship after two years of dating.

A source told People Magazine: ‘He’s still touring and is now going abroad. She is focusing on her kids and her work in LA. It’s a very amicable decision.

Another pal of the pair added: ‘Right now, they have different priorities that are keeping them apart.’

Olivia met the As It Was singer on the set of her movie Don’t Worry Darling, which also starred Florence Pugh and was plagued by rumours of bubbling drama behind the scenes.

The couple initially tried to keep their blossoming romance under wraps, but they were spotted holding hands at Harry’s manager’s wedding in 2020 before confirming they were an item.

News of the ‘break’ has come as a shock to some as Olivia was seen attending Harry’s recent concert in Los Angeles with her two children, Otis and Daisy, who she shares with ex-fiance Jason Sudeikis.

The Wolf Of Wall Street star Margot Robbie added a pop of colour donning an olive green asymmetric crop top with matching skirt, while Eddie Redmayne and Florence Pugh were among the other stars …read more

3 takeaways from Bears’ loss to Falcons, including minimal work for Chase Claypool

Terrorists to face tougher sentences if they commit crimes behind bars