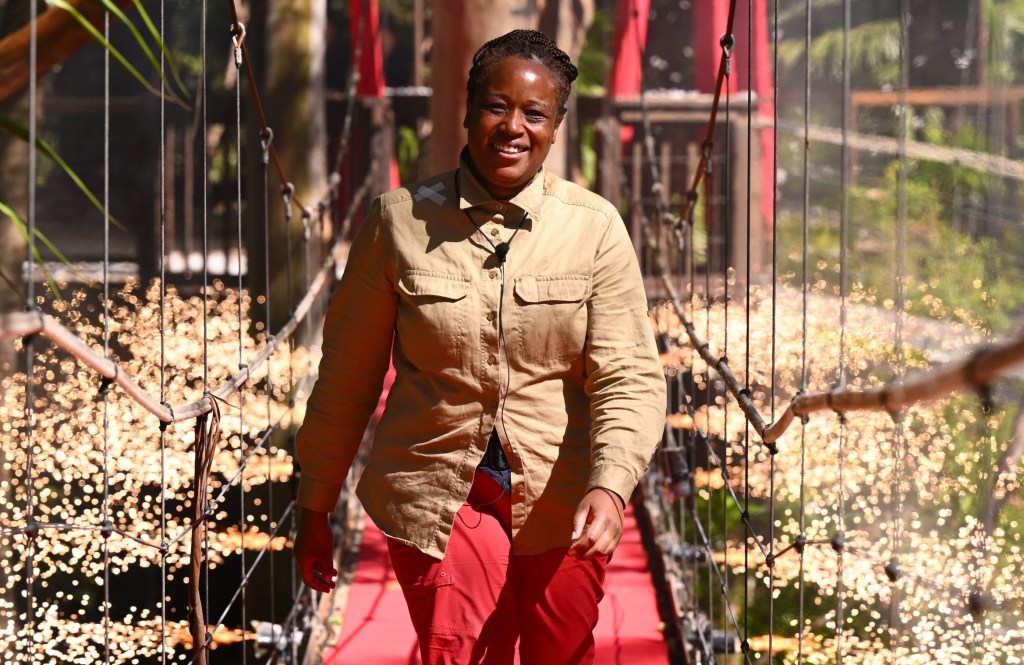 Charlene White has made her feelings known about Matt Hancock’s controversial arrival on I’m A Celebrity…Get Me Out of Here!.

During Friday’s edition, the Loose Women star was the first dumped from the jungle, and earlier in the week the ITV newsreader was accused of ‘rule-breaking’ by refusing to sleep in the RV after she was voted camp leader Hancock’s deputy earlier in the week.

The former health secretary stepped down from his position last year after CCTV footage emerged of him kissing his aide, and ultimately breaking social distancing guidelines.

Reflecting on her jungle, Charlene admitted that once the sitting MP touched down at camp the ‘laughs and jokes’ stopped.

‘I spoke to so many families that lost dads, mums, grandads, grandparents. As soon as he walked in, I thought, “I’m going to be walking a tightrope here,”‘ she told MailOnline.

She added: ‘I didn’t want anyone to feel like I was being too sympathetic to Matt because that would jeopardise the job that I love and jeopardise my journalistic integrity.

Has Andor been renewed for season 2?

Should you keep doors open or closed when the heating is on?

Should you turn off radiators in rooms you do not use?