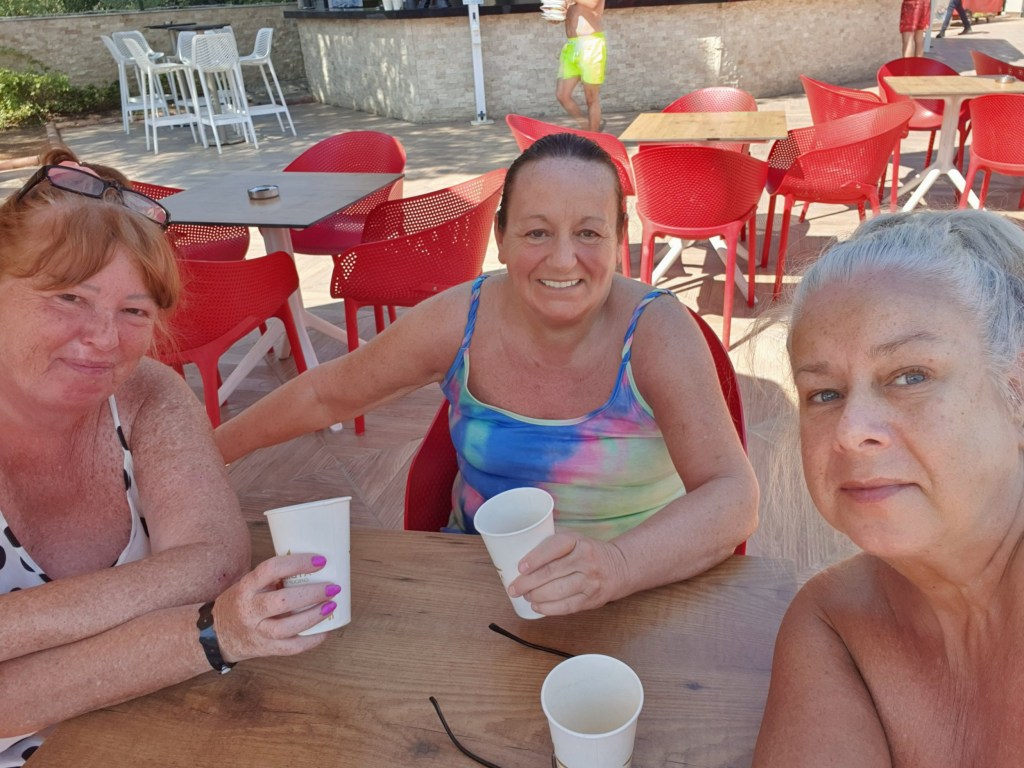 When you go to a five star hotel you expect the five star treatment.

So a group of women who stayed at a five star TUI hotel were left far from impressed when they were served chicken nuggets and chips for breakfast.

The group, which included Helen Lowe, 52, Liz Rogers, 62 and Colette Jones, 61, went on holiday to the Turkish resort of Belek.

They flew from Manchester with easyJet and with TUI on the way back. Their troubles began when they arrived at Antalya airport ready to return home.

The group was told their flight would depart 24 hours later and they would be put up in a TUI ‘five star all inclusive hotel’ for the night as a means of apology.

Helen recalled: ‘When we arrived at the Sky Business hotel in Antalya which was by no means five star, no bar, disgusting bedroom with damp leaking roof, and served chicken nuggets and chips for breakfast the next day.

‘We got picked up the following evening to be told our flight was again delayed a further two hours.

‘When eventually landing at Manchester we sat on the plane for over an hour as no steps to get us off the plane provided, or a shuttle bus to take us back to the terminal.

‘When we eventually got to terminal no cases had arrived and we sat waiting for 45 minutes to be told the trolley had fallen over and all the cases had fallen out.’

While the hotel is listed as five star, TripAdvisor says otherwise with many guests leaving ‘terrible’ reviews.

Colette tried to put in a compensation claim for the group but was shocked to discover it was rejected by TUI on four occasions.

TUI said they had no record of them being on the flight despite the women produce boarding cards, luggage labels and proof drinks were bought on the plane.

A spokesperson for the TUI Group said: ‘We completely understand Ms Jones’ frustration following her delayed flight from Antalya to Manchester. This was unfortunately due to the late arrival of the inbound aircraft.

‘We can confirm Ms Jones’ booking is recorded on our system, however a technical error has caused a delay in processing her compensation.

‘Our teams are urgently working to resolve this and they will issue compensation as soon as it is fixed.

‘We’re sorry for any inconvenience, and would like to thank Ms Jones for her patience and understanding.’