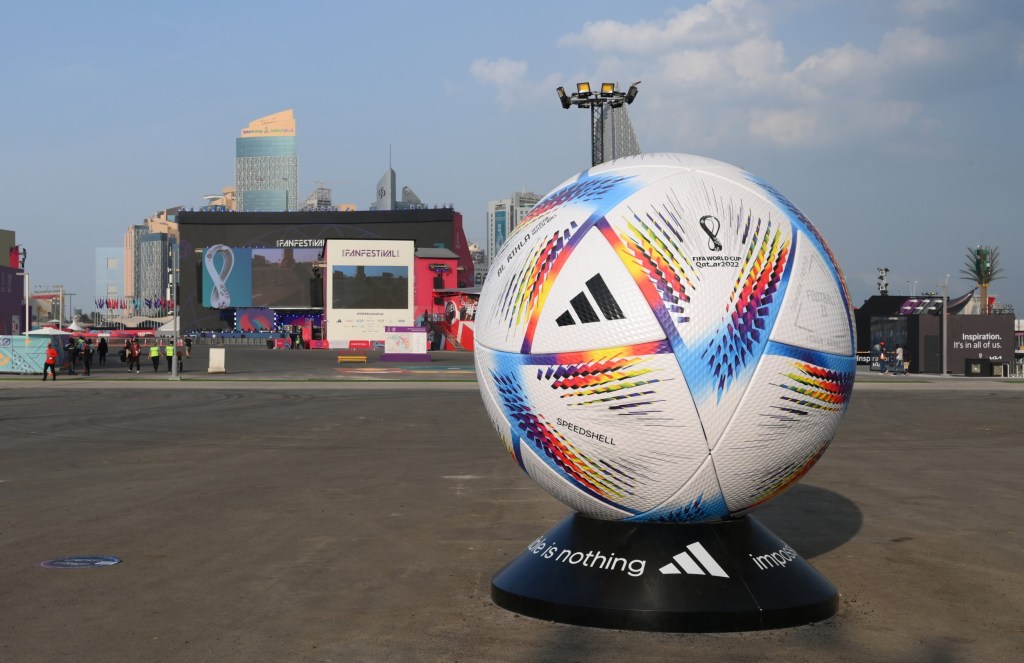 Migrant workers employed as security guards in a huge park at the heart of Qatar’s World Cup festivities claim to be paid as little as 35p an hour.

The men are stationed across Al Bidda park, a sprawling green space in Doha linked to the nearby Fifa fan festival.

Throughout the tournament, fans will flock to the park in between games to enjoy the views and soak up the beautiful Doha skyline.

But long after the fans head home for the day, the security guards – who are not employed by Fifa or considered part of the festivities – will be forced to stay in the park all night long, working 12-hour shifts for shockingly low pay.

Speaking to the Guardian, security staff claimed to receive just one day off a month, and said travelling fans will likely see more of Doha in a week than they will in years.

‘We just go between our duty and our accommodation,’ said one guard whilst holding out his phone. ‘You can show me anywhere in Qatar and I won’t know where it is.’

The claims come on the eve of the controversial World Cup, which has seen Qatar face international condemnation over its extremely strict interpretation of Islam which restricts women’s rights and criminalises members of the LGBTQ+ community.

Security guards at the Al-Bidda park say they are forced to work 12-hour shifts without breaks and recieve just one day off a month (Picture: Getty)

The Gulf nation has also drawn criticism for its ban on public displays of affection, along with its last-minute decision to ban the sale of alcohol at stadiums throughout the event.

Every World Cup 2022 home and away kit released so far

How hot will it be in Qatar and how will teams deal with the heat?

Which Premier League players will miss the World Cup with injury?

Analysis done by the Guardian suggests migrant workers are paid as little as 1330 rials (£310) per month for 348 hours of work, along with a small food allowance.

They are required to work 104 hours of overtime in the process, for which they receive just 150 rials.

This equates to around just 35p an hour, which is technically in violation of Qatar’s labour laws.

‘It’s illegal, but the government keeps quiet, so what can we do?’ said one migrant worker.

Meanwhile, another said: ‘We put up with it because we need the money.’

Technically, Qatar’s labour reforms mean the Al Biddaa park guards should be allowed to request a transfer to a different job, but …read more

Bonnie Langford and Davood Ghadami reunited as they return to EastEnders

Why is the World Cup stadium called Stadium 974 and why is it made of containers?

Jack Lisowski: The lack of young UK snooker talent needs to be addressed