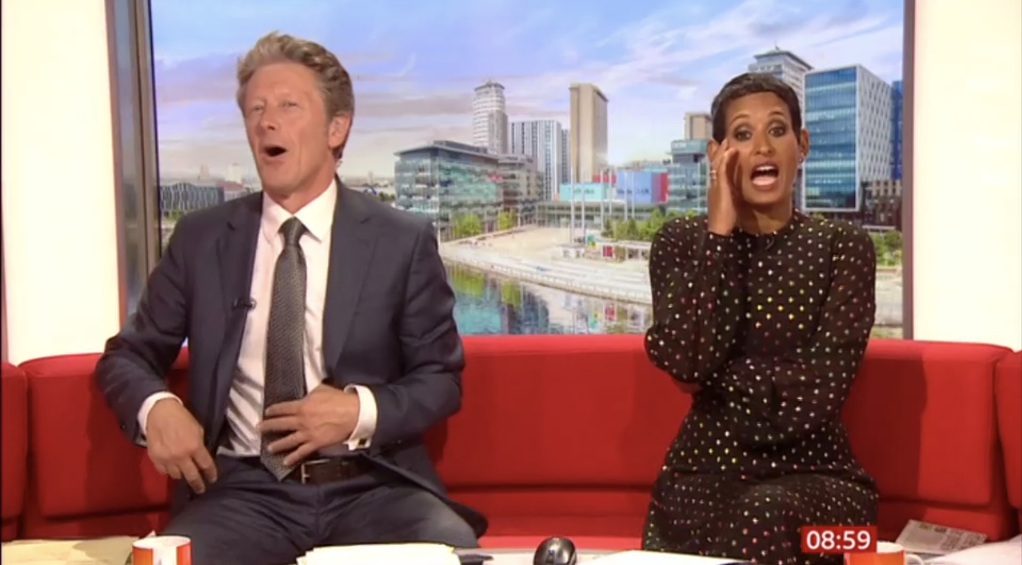 The Weakest Link host, who took over from Anne Robinson, gave an insight into the dynamic between the BBC presenters, hinting there’s an underlying feud.

Speaking about memorable interactions on the next series, Romesh revealed: ‘I would say daytime TV. Daytime TV is cuddly and warm and you know, relaxed and chilled.

‘That’s not how the daytime TV episode went down. I mean, it got competitive.’

He continued to The Express: ‘I would say Naga Munchetty and Charlie Stayt have got beef.

‘If anything, if you love and respect someone you do not want to lose to them. We definitely saw a lot of that in the episode.’

He added that instead of getting them into a competitive mindset, he actually ‘had to reign them in’.

Romesh joked that Charlie and Naga’s relationship may now be ‘put under jeopardy’ due to the quiz.

This comes after Naga was forced to suddenly leave BBC Breakfast mid-show due to illness, leaving Charlie alone on the sofa.

He explained: ‘You may have noticed this morning, Naga has just stepped away from the sofa for a moment, with a slight struggle with her voice.

BBC Breakfast airs weekdays from 6am on BBC One.

MORE : Kevin Sinfield goes to the toilet on live TV during marathon in truly brilliant timing

Eastenders spoilers: Linda Carter is by Janine Butcher’s side as she is rushed to hospital over baby loss fears

Three men guilty of downing MH17 killing 298 people on board