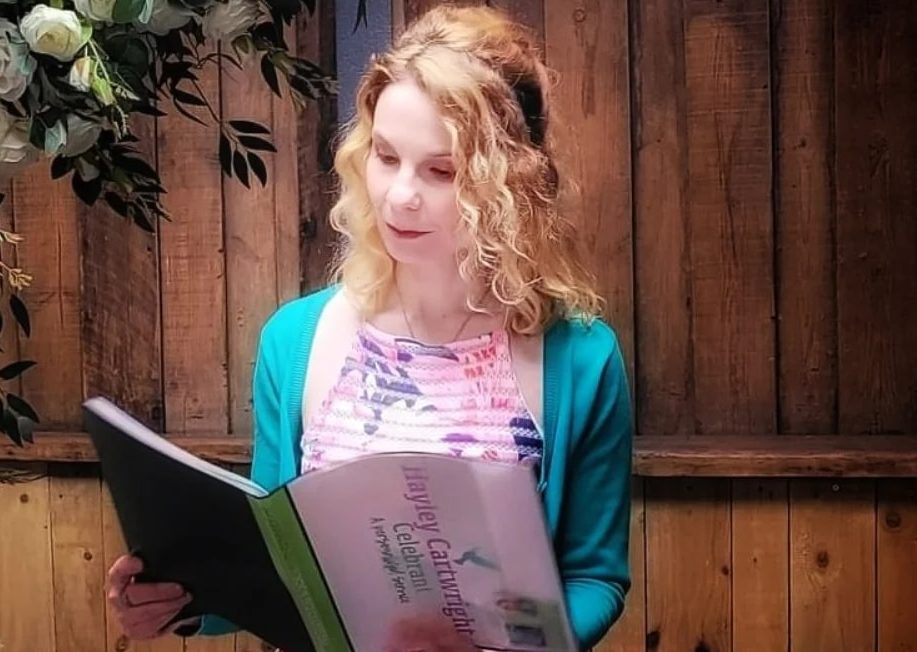 When I was asked to write about how my role in Coronation Street inspired me to become a real life celebrant, I hadn’t a clue how to start so, as Julie Andrews sang, ‘let’s start at the very beginning, it’s a very good place to start.’

I’m an actor, and I always knew from five years old that I wanted to perform. No one else in my family is a ‘thespian’ but they can blame Fred and Ginger for giving me the bug on numerous rainy Sunday mornings – I saw Top Hat, and instantly knew.

Back then, there weren’t any stage schools in Preston, they were all in London, and of course my family didn’t know how to help me achieve my goal, let alone be able to afford the costs of stage school.

So, at age six, I started to have classes around the corner from home, in Ballroom, Latin and Old Time dance. I loved my dance but even at that tender age, I knew that I didn’t want to dance professionally, but rather that I wanted the skills for the stage.

It wasn’t until I was 13 that I had the opportunity to join a local Youth Theatre- brand new at the time. My sister, Heidi, heard about it starting up, while she was working as an usherette at The Charter Theatre.

The recurring role of celebrant Hazel in Coronation Street reawakened my interest in training for real (Picture: ITV)

There is a point to this, and that is, I guess, that I have always been the determined type. I always knew what I wanted, even if I didn’t know how to achieve it at the time.

Fast forward to now, and I have been working as an actor for over 20 years, across the board, in theatre, TV, film and radio. About 10 years ago, my dad suggested that I would make a really good celebrant, and I agreed.

Us actors have to be very in touch with our feelings, which, believe me, can be tiring sometimes, and I knew that I’d like to make a difference to people’s lives.

I’d attended a few services when I could tell that the officiant was just going through the motions. Anyway, I didn’t know how to get into it and eventually the idea slipped my mind.

Fast forward again to five years ago. I had an audition for Coronation Street and an hour later I was cast, the following week I was on set as Hazel, the celebrant.

This has become a recurring role which is fantastic as it’s a lovely place to work and I have a number of friends there too. After my first appearance, the idea of training as a celebrant in real life crossed my mind again.

What is a celebrant?

Stephen Fry needs to reassess his friendship with JK Rowling