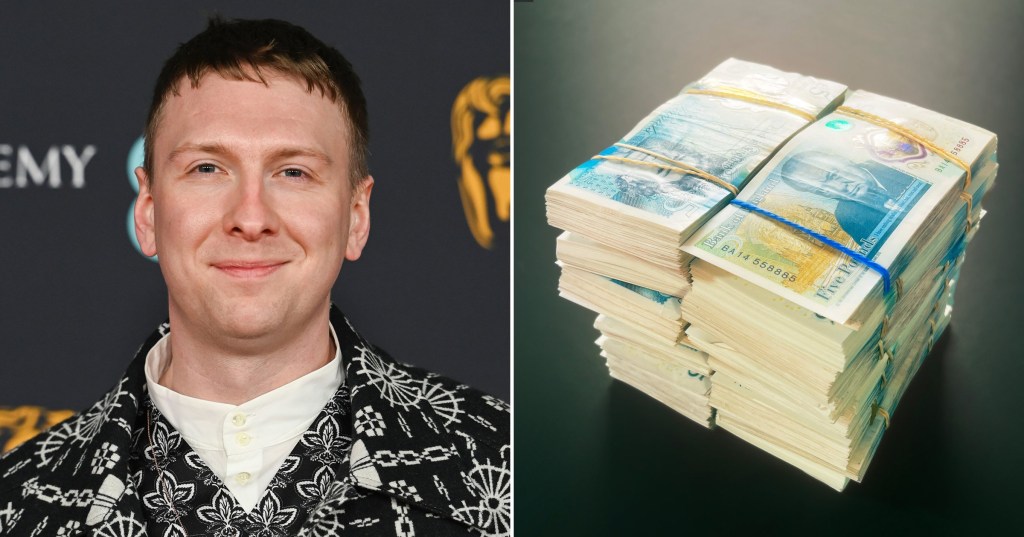 Joe Lycett has got the cash ready to shred (Picture: Getty / Twitter)

Joe Lycett has withdrawn £10,000 in cash ready to shred tomorrow if he doesn’t manage to convince David Beckham to end his ambassadorship for Qatar.

The comedian, 34, has promised to shred the cash – which he has apparently taken out entirely in £5 notes – at midday on Sunday unless the footballer ends the partnership he has with the Arab country to promote tourism.

David, 47, had faced criticism for becoming the face of Qatar tourism ahead of this year’s World Cup, despite its human rights issues.

He was reportedly set to make £10million for his ambassadorship, with his advert promoting tourism in Qatar being released in September.

David, and other stars and commentators who have flown to Qatar to take part in activities tied to the World Cup, have faced heavy criticism, due to its treatment of gay people and women.

Homosexuality is illegal in Qatar and is punishable by imprisonment, women also face a severe lack of rights and more than 6,000 migrant workers have died since the country was awarded the World Cup 10 years ago.

24 hours before the deadline, Joe had prepared the money for shredding (Picture: Twitter)

In an open message to David, Joe had told him he would donate £10,000 of his own money to charity if the footballer ends his partnership with Qatar, or shred it if he doesn’t.

Every World Cup 2022 home and away kit released so far

How hot will it be in Qatar and how will teams deal with the heat?

Which Premier League players will miss the World Cup with injury?

Dubbing David a ‘gay icon’, he urged him to use his influence to make a stand, saying: ‘This is a message to David Beckham. I consider you, along with Kim Woodburn and Monty Don, to be a gay icon.

‘You were the first premiership footballer to do shoots with gay magazines like Attitude, to speak openly about your gay fans, and you married a Spice Girl which is the gayest thing a human being can do.

‘But now it’s 2022 and you’ve signed a reported £10million deal with Qatar to be their ambassador during the Fifa World Cup. Qatar was voted as one of the worst places in the world to be gay – homosexuality is illegal, punishable by imprisonment, and if you’re Muslim, possibly even death.’

He continued: ‘You have always talked …read more

Stock Market: Suez Canal Update! Floating!
Young rugby player took his own life after saying ‘love you’ to his mum