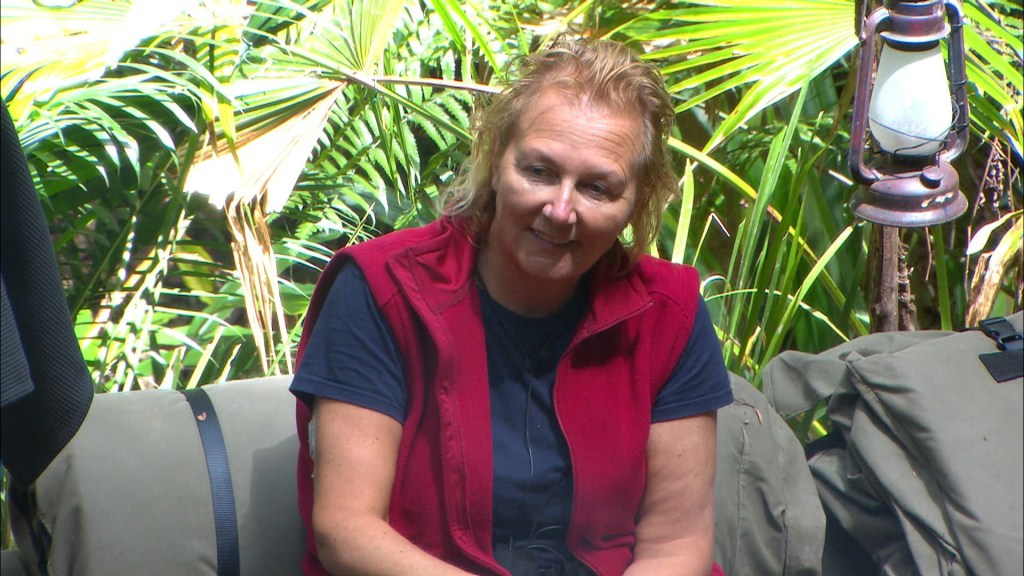 I’m A Celebrity’s Sue Cleaver and other campmates are still not sold on Matt Hancock and his ‘motives’ for entering the jungle.

The Coronation Street actor, as well as campmates including Babatunde Aléshé, Chris Moyles and Jill Scott, had an intense conversation about the politician as he lay sleeping close by.

The West Suffolk MP’s appearance on the ITV juggernaut series has been strongly condemned by the likes of Covid-19 charities, the public, his constiuentes, a host of celebs including Lorraine Kelly, and even the Tory party.

On Saturday’s instalment, comedian Babatunde brought up Hancock’s controversial decision to sign up to the reality show and seemed baffled by the unexpected career move.

Referring to the former health secretary, Babatunde said: ‘What is your motive by being here? You’re not going to win over the public by showing you’re good at trials, they would rather see vulnerability.’

Radio DJ Chris chimed in and said Hancock was ‘not street wise’, before adding: ‘He doesn’t like in the same world as us.’

Meanwhile, Sue, who has bonded with royal Mike Tindall Down Under, explained she felt that Hancock was not ‘genuine.’

Hancock was asleep while the campmates discussed him (Picture: ITV/REX/Shutterstock)

Hancock had previously told his fellow campmates he had travelled to Austrlaia to ‘ask for forgiveness’ after his calamitious stint as the UK’s health boss throughout the pandemic, a position he resigned from for breaking his own social distancing guidelines.

Bringing up Hancock’s speech, Sue said she felt like he was being ‘authentic’ so went over a gave him a hug to be ‘nice and friendly’, but now was of the opinion that he was ‘not genuine.’

Babatunde wasn’t sure why Hancock signed up for I’m A Celeb (Picture: ITV/Shutterstock)

‘It’s not easy seeing him on a human level,’ she went on, with Chris agreeing he still had his ‘Westminster hat on.’

Lioness Jill revealed she thought that Hancock was ‘oblivious to stuff’, although Strictly’s Seann Walsh disagreed, saying he ‘hears everything’ but doesn’t ‘flinch’ and doesn’t even do so when a lizard is flying at his face.

Elsewhere in the episode, Hancock and Owen Warner teamed up for the latest Deals On Wheels challenge where the MP had to guide the actor to complete a series of puzzles.

The games included working a ball around a circular maze and trying to catch a ball as it dropped through a large cage.

The pair completed the challenge but camp failed to correctly answer how many romantic partners Owen’s Hollyoaks character Romeo has had.

The rest of the camp guessed four but it was actually five, losing everyone a cheese board treat.