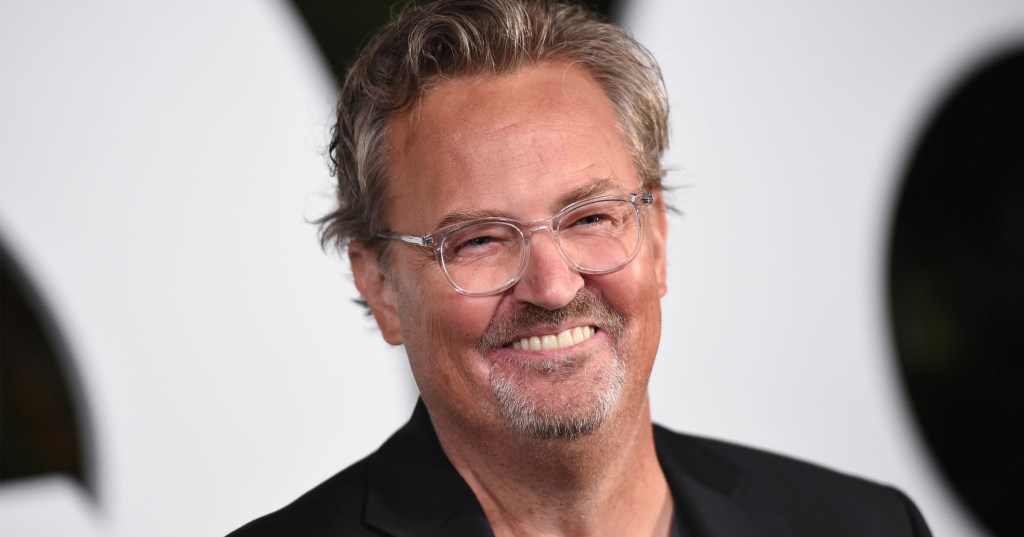 Matthew Perry is touched by the impact his book has had on fans (Picture: Getty)

Matthew Perry has revealed the impact him speaking out about his issues with addiction had on fans, with some choosing to seek treatment after reading his memoir.

The actor, 53, spoke candidly about his issued with addiction in his memoir Friends, Lovers and the Big Terrible Thing, and has been moved by the way fans have responded to it.

He told E! News: ‘People have just loved it. I shied away from nothing and I told the truth and the biggest thing was, the goal was, to help people and I know of a lot of people already who have been helped by it.’

The Friends star revealed what he found to be the most surprising reaction to his book: ‘That people took the story into their hearts.

‘And we’ve already heard about five different people that have read it and then checked into rehab the next day.’

Matthew had spoken openly in his book about how his addiction almost led to fatal consequences.

He opened up about his past issues in Friends, Lovers, and the Big Terrible Thing

He admitted he had ‘two percent’ chance of surviving after his colon burst from opioid abuse, leaving him in hospital fighting for his life for weeks.

The star, who played Chandler Bing in the sitcom, spent five months in hospital in 2018 after a gastrointestinal perforation, and told People Magazine: ‘The doctors told my family that I had a 2 percent chance to live.

‘I was put on a thing called an ECMO machine, which does all the breathing for your heart and your lungs. And that’s called a Hail Mary. No one survives that.’

He estimates he spent around $9million (£7.75million) on getting clean and sober after going to rehab 15 times over the years.

Matthew also recently revealed that he pulled out of a role in Don’t Look Up after his heart stopped beating for five minutes, but credits his Friends fame for the medics not giving up on giving him CPR.

He explained in his memoir: ‘I was given the shot at 11:00am. I woke up eleven hours later in a different hospital.

‘Apparently, the propofol had stopped my heart. For five minutes. It wasn’t a heart attack – I didn’t flatline – but nothing had been beating.

‘I was told that some beefy Swiss guy really didn’t want the guy from Friends dying on his table and did CPR on me for the full five minutes, beating and pounding my chest.

‘If I hadn’t been on Friends, would he have stopped at three minutes? Did Friends save my life again?’

Lionesses and Love Island: The top baby names of 2022