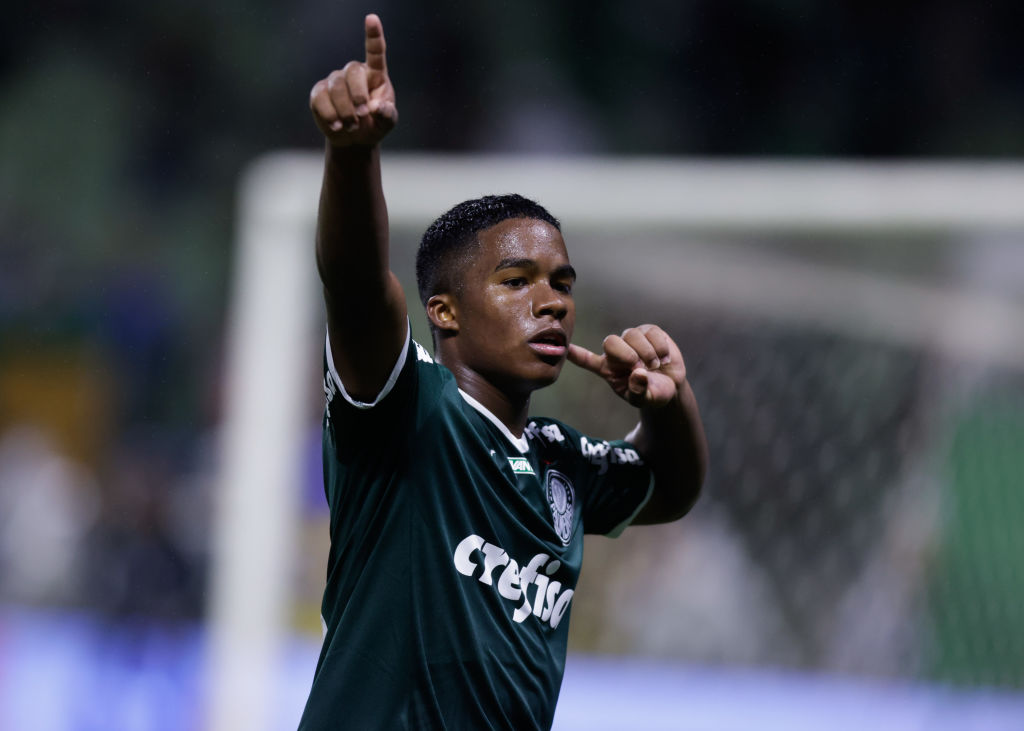 Brazilian sensation Endrick has the talent and drive to match Cristiano Ronaldo, according to Palmeiras academy director Joao Paulo Sampaio.

The 16-year-old forward is one of the most sought-after youngsters in world football with Chelsea, Manchester City, Manchester United, Real Madrid, Barcelona and Paris Saint-Germain among those hoping to secure his services.

The youngster is not eligible to leave Brazil until he turns 18 in 2024 but already clubs are looking to secure his future with PSG seeing an €45million offer rejected earlier this month.

Endrick made his senior debut for Palmeiras in October and has already scored three times for the club.

While his incredible talent is already well-documented, Sampaio, the man who helped oversee his development at the Brazilian giants, insists he has the mentality to match to take him right to the top.

‘If injuries respect him, I don’t see a ceiling for him,” Sampaio told AS. ‘As far as is humanly possible. He has quality, a strong personality and a champion mentality. In that regard, he resembles Cristiano [Ronaldo].

‘He trains hard, is kind and has humility. We love him very much because he makes himself loved. He tries to please everyone around him. He has everything to be a world star in the future.’

PSG have already made an offer for the teenager (Picture: Getty)

He continued: ‘What I want is to see him happy. He is a player who can paly for any great team, for Real Madrid, Barça, PSG, Chelsea, Manchester United…

‘He is a born goalscorer and can be a world star. He has the technique, physique and mentality to go a long way. Wherever he goes, I wish him, above all, much happiness.

ESPN Brasil reported this month that PSG tabled an opening offer of €45m for Endrick, one that was instantly rejected by Palmeiras.

PSG have signalled their intention to increase that offer to €60m – matching the forward’s release clause – which Chelsea have also promised to meet.

While he will likely have a host of offers to choose from, Endrick’s current preference is to join Chelsea, according to the report, as he would like to play in the Premier League when he does leave his homeland.

It follows a report claiming that Graham Potter’s side have ramped up their charm offensive to sign the wonderkid, inviting his family to the club’s Cobham training ground and enlisting the help of Thiago Silva to sell the project.