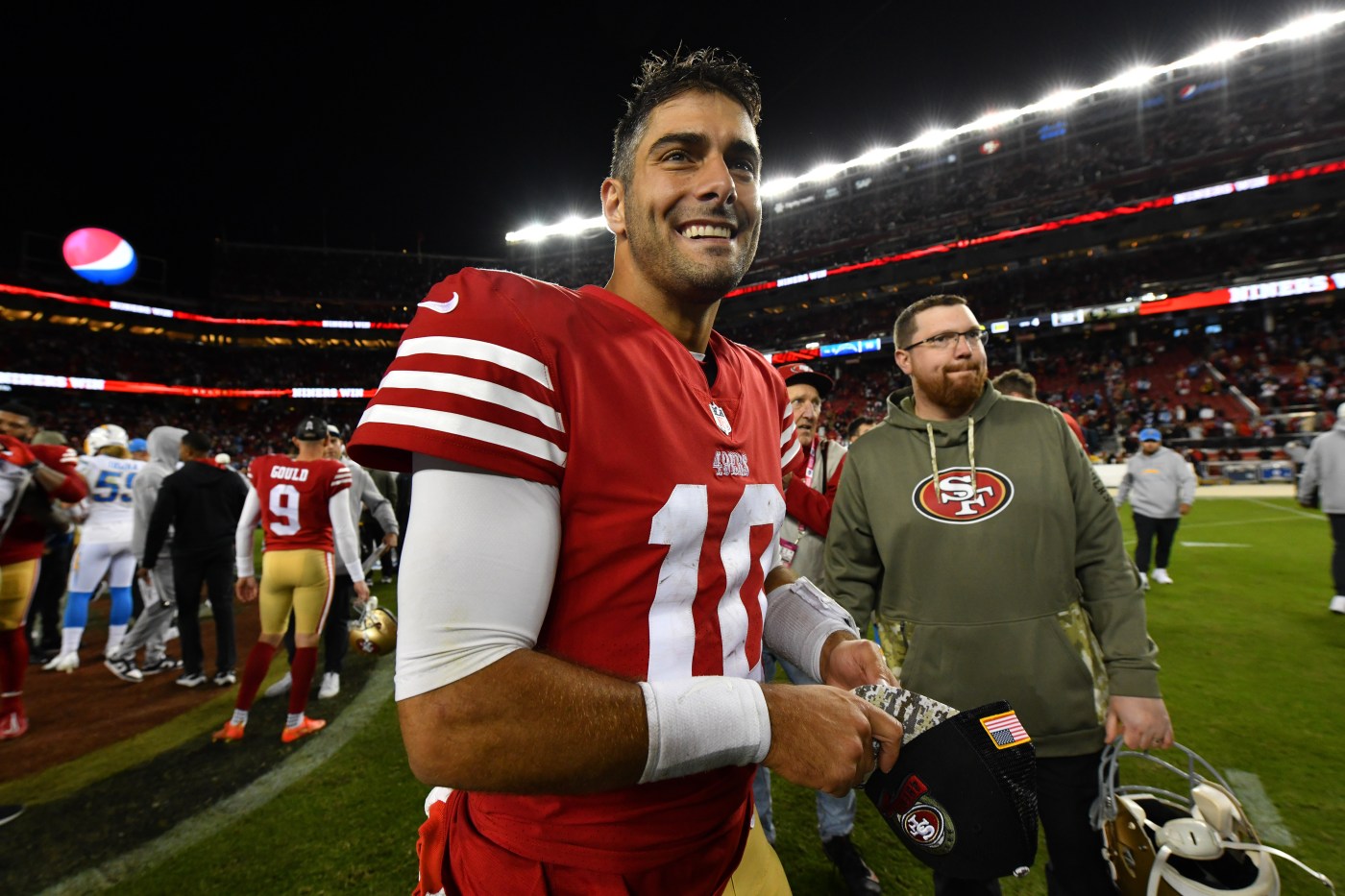 AIR FORCE ACADEMY, Colo. — Neither practicing in 9-degree wind chill Thursday, nor moving the next workouts indoors onto artificial turf, could hinder the 49ers’ bountiful health after a week-long stay in these chilly confines.

The 49ers are as close to full strength as they’ve been all season, and that bodes well as they fly Sunday to Mexico City for Monday night’s game against Arizona Cardinals.

This week’s goal: high-altitude acclimation. Did it work?

Wide receiver Deebo Samuel answered: “(Friday) we felt it a lot, because we did a lot at practice. Today we felt it a little bit. I feel we’ll be ready to go.”

Defensive lineman Arik Armstead will not be ready, however, and will miss his sixth straight game as he nears recovery from a lower-leg stress fracture. Defensive end Samson Ebukam is the only other player on the 49ers’ injury report, and he is questionable because of a quadriceps injury that limited his return to practice Friday and Saturday; it kept Ebukam out of last Sunday’s win over the Los Angeles Chargers.

Perhaps the only mystery Saturday involved cornerback Charvarius Ward, who rejoined the team and practiced Saturday after missing the previous two days for a family matter.

The 49ers will fly to Mexico City after a light workout Sunday, then return to the Bay Area immediately following their first game in Mexico since 2005 and first international game since 2013 (London).

And what of Jimmy Garoppolo’s health, eight months removed from right-shoulder surgery that boomeranged his career back for a sixth season with the 49ers?

“Yeah, I feel good,” Garoppolo said. “No different than any other year. It was a good offseason; it wasn’t my typical offseason, so I got to save the body a little bit. I think it’s paying some dues right now.”

* Even though snow mostly melted from the outdoor fields, the 49ers opted to practice a second straight day inside The Holaday Athletic Center. They will return Sunday for a brief walk-through before flying to Mexico.

* The 49ers are seeking their 51st “Monday Night Football” victory, which would knock them out of a tie with the Pittsburgh Steelers for most in NFL history.

* Brandon Aiyuk’s streak of four straight games with at least six catches and 80 yards is the 49ers’ longest since Terrell Owens in 2001. If Aiyuk extends that streak Monday night, he’ll join Owens (2001) and Jerry Rice (1994) as the only Niners since 1970 with those numbers over five consecutive games.

Stock Market: Suez Canal Update! Floating!
Their preemie was already a fighter. Then at 3 weeks old, she caught the virus that’s packing hospitals across the US

Dear Abby: I called them from the ER and they wouldn’t pick up

What will Andrew Yang’s Forward Party do next?