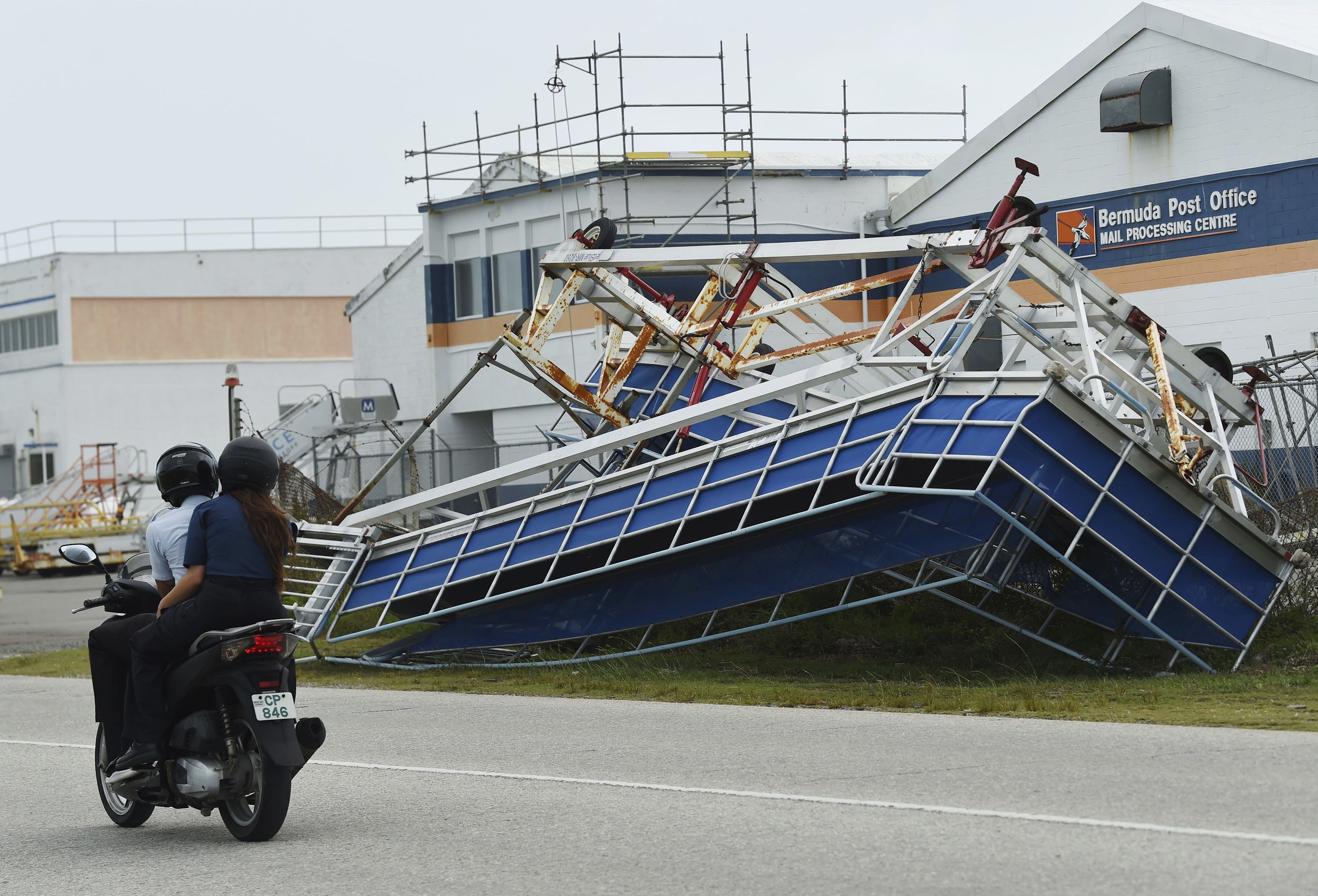 Strong rains and winds lashed the Atlantic Canada region as Fiona closed in early Saturday as a big, powerful post-tropical cyclone, and Canadian forecasters warned it could be one of the most severe storms in the country’s history.

Fiona transformed from a hurricane into a post-tropical storm late Friday, but meteorologists cautioned that it still could have hurricane-strength winds and would bring drenching rains and huge waves.

More than 207,000 Nova Scotia Power customers were affected by outages by around midnight, officials said.

The fast-moving Fiona was forecast to make landfall in Nova Scotia before dawn Saturday, with its power down from the Category 4 strength it had early Friday when passing by Bermuda, though officials there reported no serious damage.

The U.S. National Hurricane Center said Fiona should reach the area as a “large and powerful post-tropical cyclone with hurricane-force winds.”

“We of course hope there won’t be much needed, but we feel there probably will be …,” Trudeau said. “Listen to the instructions of local authorities and hang in there for the next 24 hours.”

“This is is definitely going to be one of, if not the most powerful tropical cyclones to affect our part of the country,” said Ian Hubbard, meteorologist for the Canadian Hurricane Centre in Dartmouth, Nova Scotia. “It’s going to be definitely as severe and as bad as any I’ve seen.”

Hubbard said the storm was weakening as it moved over cooler water, and he felt it highly unlikely it would reach land with hurricane strength.

Hurricanes in Canada are somewhat rare, in part because once the storms reach colder waters, they lose their main source of energy. But post-tropical cyclones still can have hurricane-strength winds, although they have a cold core and no visible eye. They also often lose their symmetric form and more resemble a comma.

People in the area rushed to stock up essentials and worked to storm-proof their properties Friday.

“All we can do is hope for the best and prepare as best we can. There’s something coming, and just how bad is yet to be determined,” said David, wearing his outdoor waterproof gear.