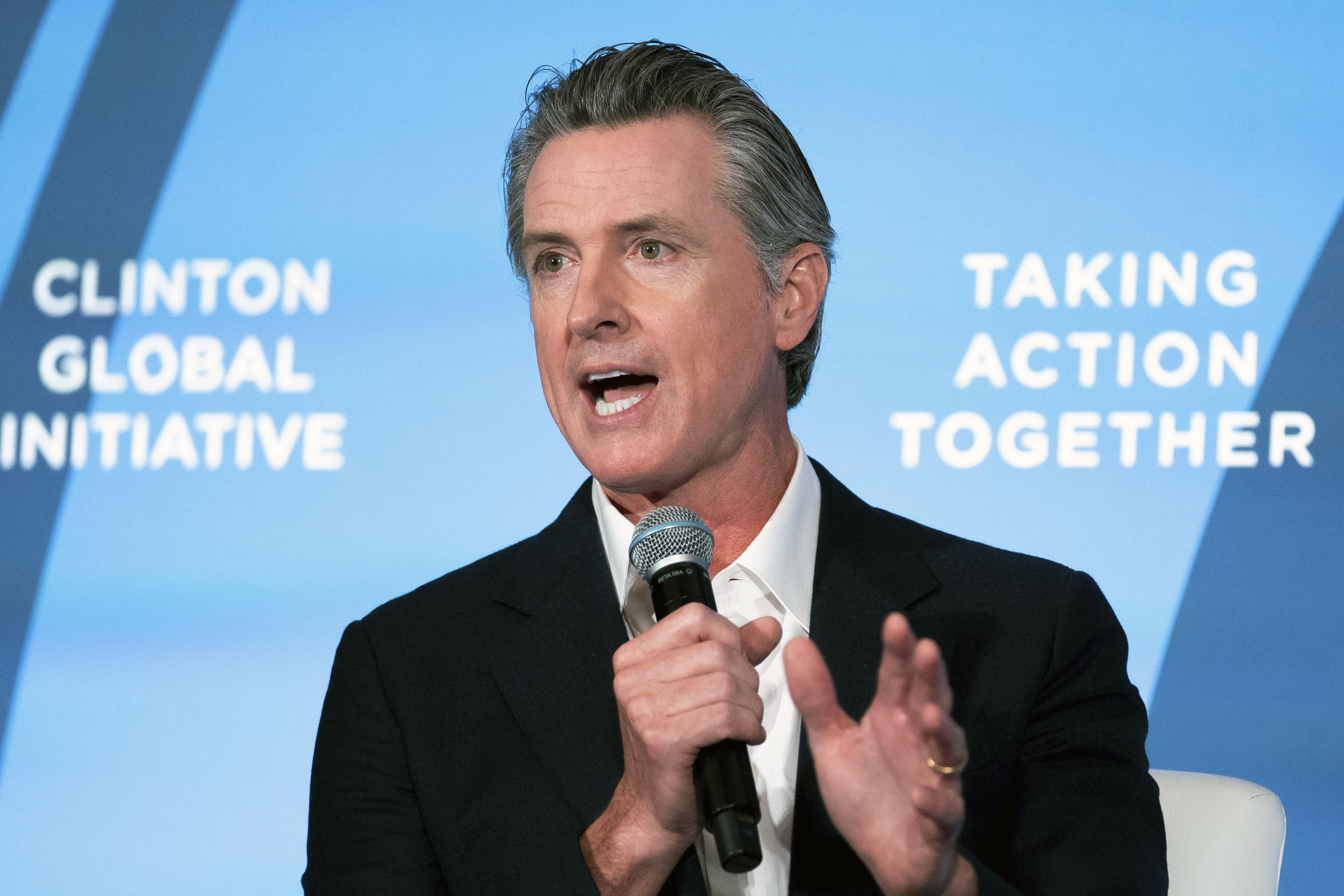 California Gov. Gavin Newsom will travel to Texas on Saturday, venturing into the territory of one of his chief political foils while seeking to boost his own profile amid a noncompetitive reelection campaign back home.

Newsom is on his way to an easy victory for a second term as governor of the nation’s most populous state, facing a little known and underfunded Republican challenger one year after defeating a recall attempt.

With little pressure at home, Newsom has been looking elsewhere to spend some of the $23 million he has in his campaign account. So far, he has bought TV ads in Florida urging people to move to California, newspaper ads in Texas decrying the state’s lax gun laws, and billboards in seven conservative states — including Texas — urging women to come to California if they need an abortion.

Now, Newsom is scheduled to speak at the Texas Tribune Festival in Austin, Texas, billed as a talk “on what the nation’s most populous state can teach the other 49 — including (Texas).”

Newsom’s actions come after he blamed his own political party for being too soft, urging them to stand up more firmly in light of recent conservative victories at the U.S. Supreme Court that overturned federal abortion protections and loosened restrictions on guns.

“Our donors are asking for more of that,” Newsom told reporters last week when asked if his attention on other states signaled he wasn’t taking his reelection campaign seriously. “The people in the state of California are asking for more leadership in this space.”

Newsom spent most of this week in New York City, speaking at various climate change conferences while taking time to poke conservative governors he says are “doubling down on stupid.” He specifically called out Texas republican Gov. Greg Abbot on Tuesday during a brief interview at the Clinton Global Initiative, saying he and other Republican governors are “as dumb as they want to (be).”

Newsom fired back on Twitter, challenging DeSantis to a debate, declaring: “I’ll bring my hair gel. You bring your hairspray.”

Nationally, Democratic President Joe Biden has been less vocal in these political battles, creating an opening for someone like Newsom to step in and take on the Republican Party’s most vocal leaders, said Eric Schickler, co-director of the Institute of governmental Studies at the University of California-Berkeley.

“(Biden) is less out there in a lot of ways than many presidents have been,” Schickler said. “It creates a kind of vacuum where ambitious Democrats who want to be in the national conversation have that kind of space to maybe say things they want Biden to say that he doesn’t feel is either appropriate as president to say or just not his style to do.”

Sunny and seasonal to round out the weekend

On Ukraine, Russia repeats insistence that it had no choice