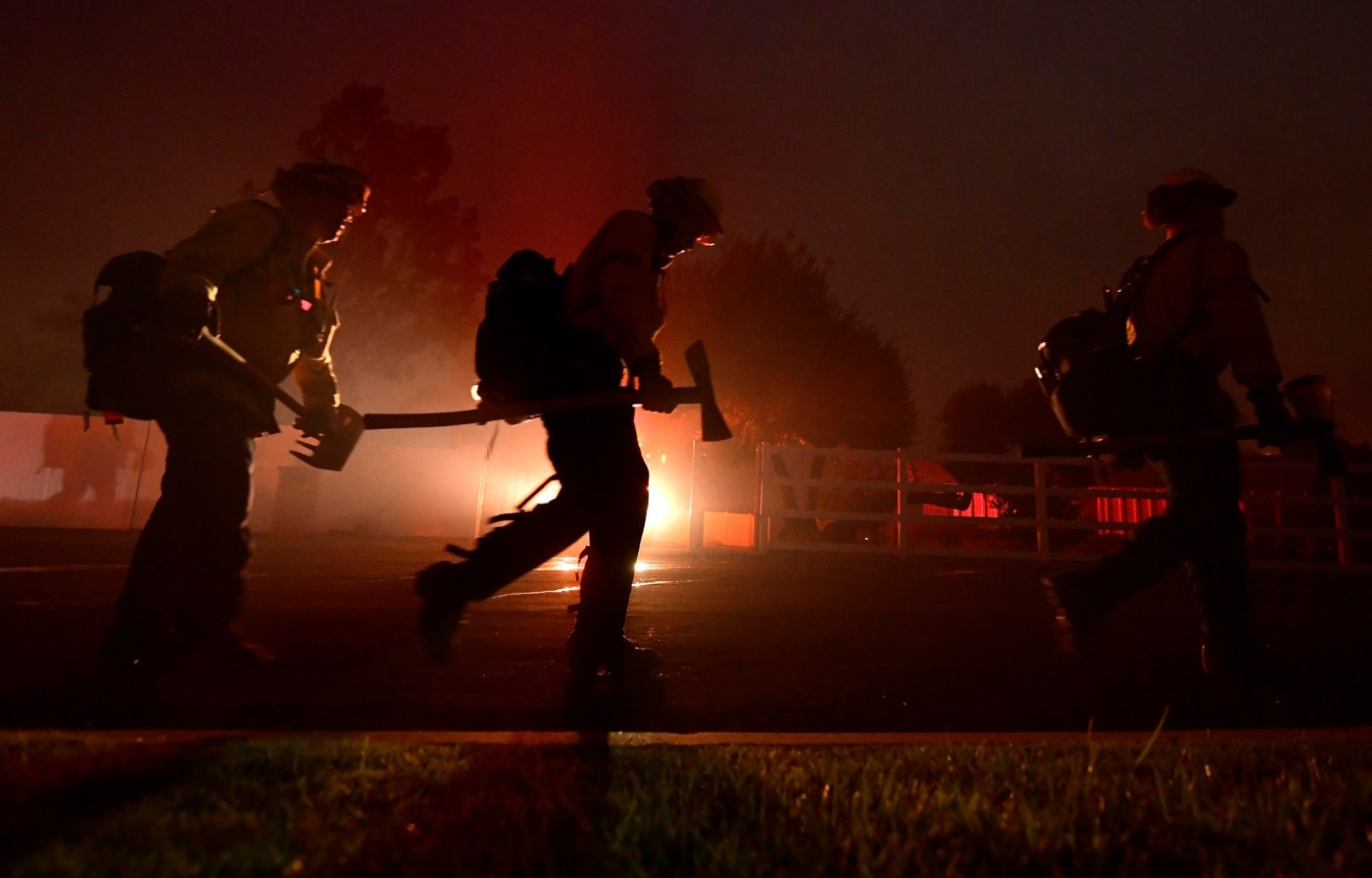 Nearly two-thirds of properties in Riverside are expected to be at risk from wildfires as climate change worsens over the next 30 years.

Los Angeles and Anaheim are most at risk to be hurt by by drought during that time, while San Bernardino residents face the most elevated risk among major Southern California cities for extreme heat as the planet continues to warm up.

These projections are part of a new database from Berkeley-based ClimateCheck Inc. The firm — a partnership between data, climate science and real estate experts — aims to drive home the effects of the global climate crisis by quantifying the potential risks posed to specific properties, cities and states, and then sharing those assessments with the public.

Among other things, the data shows that people and homes in California will be at a higher risk to be harmed by climate-related heat waves, drought and fire through at least 2050.

But the data also offers detailed and specific risk assessments. Residents can enter an address on the firm’s website and get a score, on a scale of 1 to 100, that describes and measures the potential for various climate-related risks for that property.

Real estate firms such as Redfin are picking up that data, and the company now includes ClimateCheck Risk Rating scores along with traditional housing market information, such as local school quality and neighborhood walkability, for its property listings.

“A home is the biggest financial investment most of us will ever make,” Redfin spokesperson Angela Cherry said. “Who doesn’t want to go into that with their eyes wide open, understanding all the possible risks?”

Statewide ClimateCheck risk scores also are available for all of the lower 48 states, with some interesting comparison points for California. And, starting Oct. 1, data for more than 300 cities nationwide will go live.

Southern California News Group got a sneak peek at data for cities in Los Angeles, Orange, Riverside and San Bernardino counties. The reports show vast discrepancies in risks even between neighboring cities, and they offer tips for preventing and adapting to climate change.

Climate change has been seen as a global problem, viewed through the prism of large-scale natural disasters such as melting ice caps. It’s only recently been viewed as a practical issue, too, with climate change now linked to everything from wildfires that wipe out homes to heat waves that drive up hospitalizations and deaths.

Assessing climate risk, and using it in practical ways, isn’t entirely new. Big real estate firms and other companies have tracked climate data and used it to make investment decisions for some time, said Annie Preston, data science lead with ClimateCheck. Her firm’s primary focus, in fact, is to service such corporate customers, with options to buy climate risk reports in bulk or to have their experts monitor the risks connected to a portfolio of properties.

But company founder Cal Inman also wanted to make climate information available, for free, to the average resident and business owner. And Inman wanted to communicate that information in a way that …read more

Anna Wintour’s Feud With Her Protégé Is Turning Condé Nasty