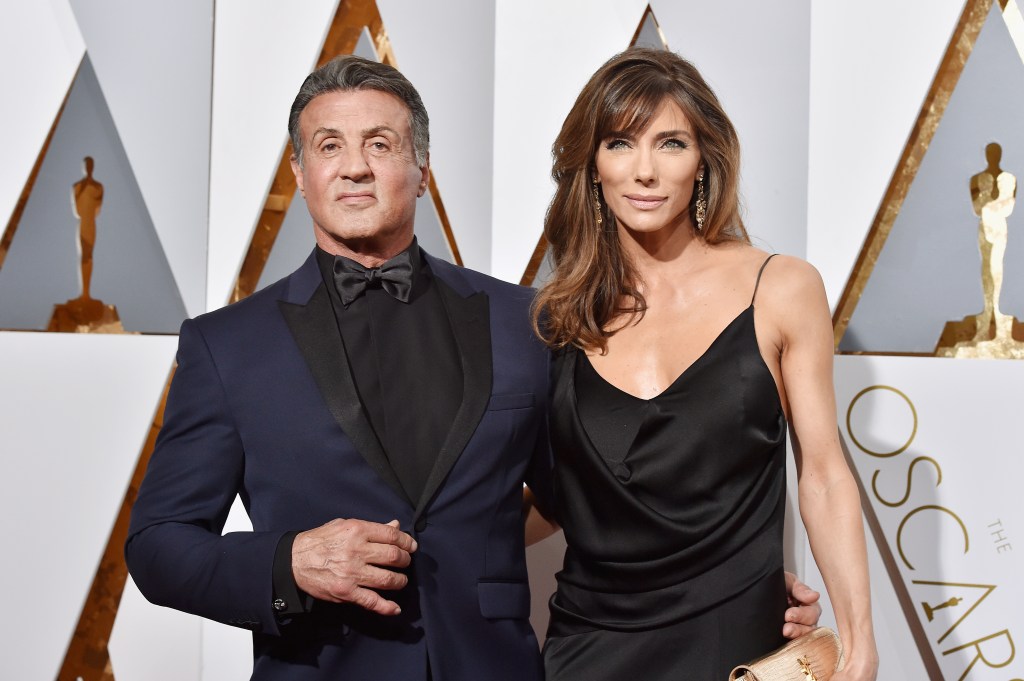 Sylvester Stallone and wife Jennifer Flavin have reunited, it has been claimed.

The couple have rarely been out of the spotlight in recent weeks after the former model, 54, filed for divorce from the Rocky actor, 76, at the end of last month.

However, the pair – who share three children together – are said to have called their separation off.

In fact, according to reports, paperwork to halt their divorce proceedings was filed this week, as they continue to work through their issues.

‘They decided to meet back up at home, where they talked and were able to work out their differences,’ a rep for the action icon told Page Six.

‘They are both extremely happy.’

Sly and Jennifer tied the knot in 1997 and welcomed three daughters – Scarlet, Sistine and Sophia.

They recently marked their 25-year wedding anniversary, as the Samaritan actor heaped praise on his partner on social media.

‘Happy 25th anniversary to my amazing wife,’ he remarked beside a sweet throwback photo.

‘There is not enough words to describe what this incredibly selfless dedicated , patient, woman has meant to our lives and I only wish they could be another 25! Thank you sweetheart! [sic].’

Their romance was shoved under a microscope recently after Sly covered up a tattoo of Jennifer’s face with a portrait of his beloved dog from the Rocky franchise.

Shortly after this, she announced that they had decided to go their separate ways.

‘I’m sad to announce that after 25 years of marriage I have filed for divorce from my husband Sylvester Stallone,’ she told People Magazine.

‘While we will no longer be married, I will always cherish the more than 30-year relationship that we shared, and I know we are both committed to our beautiful daughters. I ask for privacy for our family as we amicably move forward.’

The Rambo favorite insisted that his inking had nothing to do with the split, before issuing his own statement, which read: ‘I love my family. We are amicably and privately addressing these personal issues.’

Monaco Grand Prix to remain on Formula 1 calendar until 2025

Denise Welch pleads for King Charles III’s coronation to be just ‘one day’ after 10-day mourning period for Queen: ‘It was a lot’

Prince Harry not in military uniform for Queen’s funeral