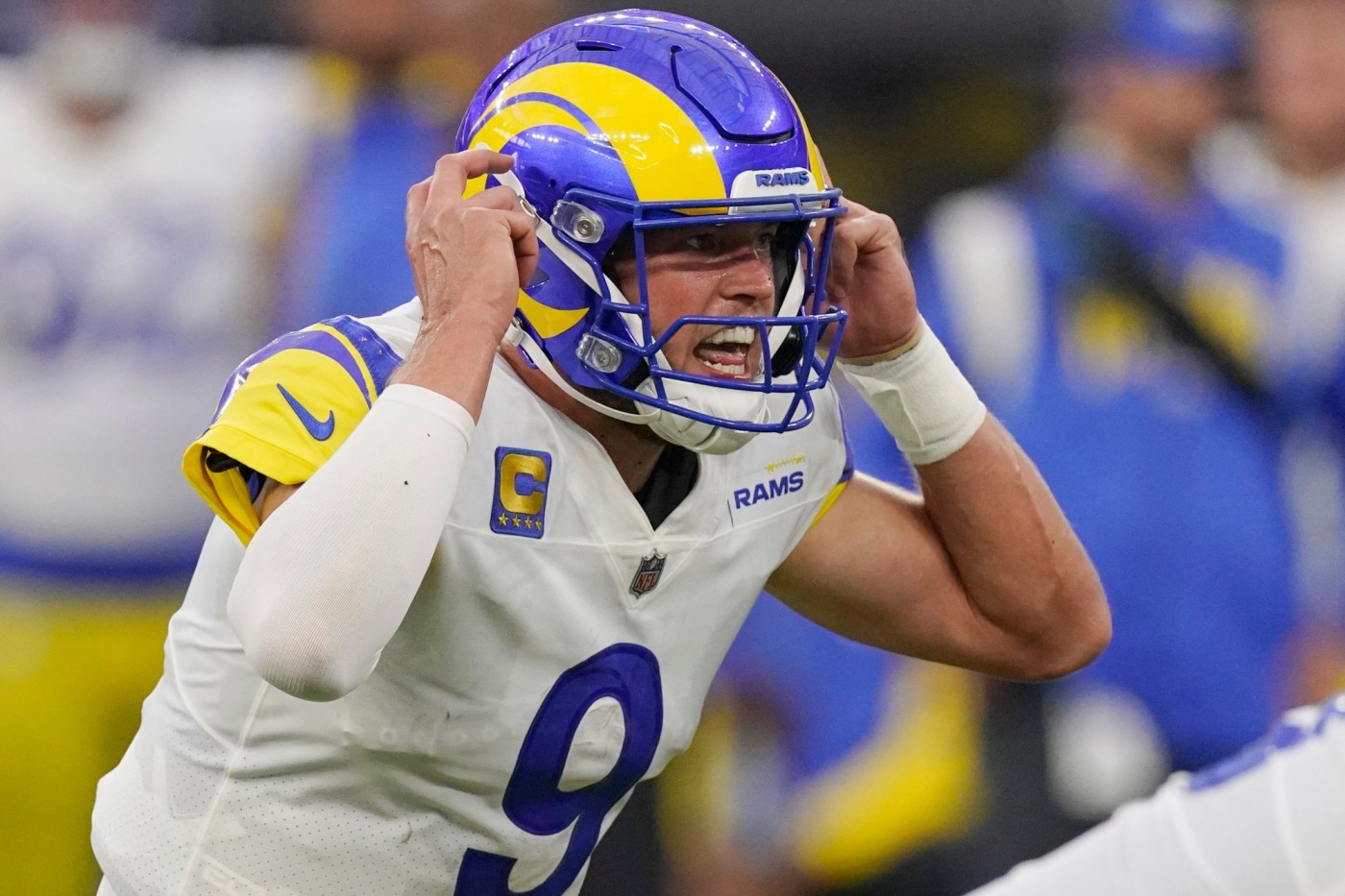 THOUSAND OAKS — Rams quarterback Matthew Stafford questioned why right guard Tremayne Anchrum was in the huddle after he noticed him limping following the first offensive snap against the Atlanta Falcons last week.

Anchrum was in obvious pain, but instead of mentioning his injured ankle, he asked center Coleman Shelton for feedback on the play.

The pain got the best of Anchrum after the second play and he left the field on a cart with a season-ending ankle injury. Anchrum likely didn’t want to leave the field because his teammates needed him and it was his first career start, a milestone he had waited on for two-plus seasons.

“For him to try to do that, it’s unbelievable,” right tackle Rob Havenstein said about Anchrum.

The constant shuffling on the offensive line, the acclimation period with new wide receiver Allen Robinson and facing defenses that utilize the two-high safety scheme have forced the Rams into a slow but creative approach on the field during the first two games of the season. They recovered from a Week 1 dud against the Buffalo Bills to score 31 points in the win against the Falcons, but the Rams are still searching for their first passing play of at least 30 yards and a rushing attempt of at least 20 yards.

The Rams have five passing plays of 20-plus yards this season, which is tied for 25th in the NFL. As for their efficiency rating, the Rams rank 20th in DVOA offense, according to Football Outsiders.

Rams coach Sean McVay is aware of the low number of explosive plays, but he’s not planning on forcing plays downfield. Also, stretching the field vertically takes time and the Rams’ offensive line will be tested against Cardinals star pass rusher J.J. Watt.

“I didn’t think we needed it the other day,” McVay said. “I thought because we were so efficient on early downs, obviously the score got close, but I felt like offensively the guys did a great job of really being able to kind of move the ball at will. It wasn’t until later on in the game that we were forced to punt. I thought they did a great job. I think shot called doesn’t always necessarily mean shot taken, but it’s in a lot of instances predicated on, ‘All right, what are the coverage contours?’

“Obviously, the Buffalo game was a real challenge, and they were playing a lot of stuff where they were trying to keep things in front. You do see that a little bit more prevalent around the league, but if we feel like that’s the best way. … Last week, we had some plays where you’re stretching them vertically, but it might …read more

Exclusive Poll: 16 percent of Americans would pay $100 or more to keep Trump out of the White House

Dear Abby: I get so anxious when he uses my bathroom. Should I say something?