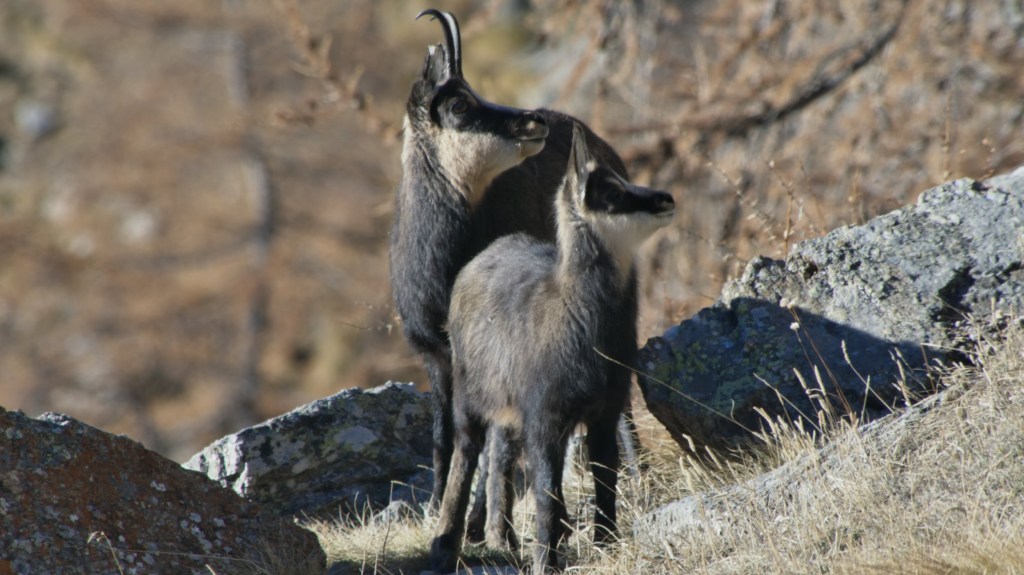 This is the brutal moment a golden eagle picks up a mountain goat and drops the poor animal off a cliff to its death.

In incredible scenes set to air on BBC’s Frozen Planet II this weekend, the adult yearling chamois is swooped up on a cliff face and pulled away from the rock face before dropping to the ground below.

The footage was shot at Gran Paradiso National Park in the Italian Alps, and the BBC say it was never captured on camera before filming for Sir David Attenborough’s new nature documentary series.

Sunday’s episode Frozen Peaks shows a mating pair of eagles taking baby chamois goats from the cliffs and dropping them, killing them and eating their remains.

However, the crew were stunned when a golden eagle was later seen attacking adult mountain goats, rather than golden eagles’ usual targets of baby goats and medium-sized mammals.

However, they targeted the larger animal and were then spotted feasting on its carcass.

Speaking to the Express, BBC producer Alex Lanchester admits the team couldn’t believe what they were seeing.

Alex said: ‘It’s never been filmed before. We knew they went for the calves in the spring – but not the adults. It’s extraordinary behaviour.

‘These goats weigh [five] times the weight of the eagle so it’s incredibly heavy. They are huge and the way that the eagles kill them is they pick them up and drop them off the cliff. It’s very brutal. They hunt in pairs.’

In much more wholesome scenes, episode three of the series is set to show giant pandas ‘twerking’ as a way of marking their territory.

‘We’ve caught wild pandas on our camera traps up in the mountains in China. And in a first, we show a “twerking” Panda, as males perform head stands and gyrate their bums against trees to mark out their territory.’

The nature programme previously brought viewers to the North Pole, with many left heartbroken over a devastating story involving seal pups coming just one week after the show aired a bizarre walrus mating ritual.

Last time, they honed in on the story of a mother seal looking after her adorable new baby, with viewers lulled into a false sense of security with stunning footage of the parent and baby bonding as the mother fed her baby and taught him how to swim.

However, fans were not ready for what would come next as renowned conservationist and broadcaster Sir David explained: ‘After producing milk for 12 days, she has lost a third of her body weight. …read more