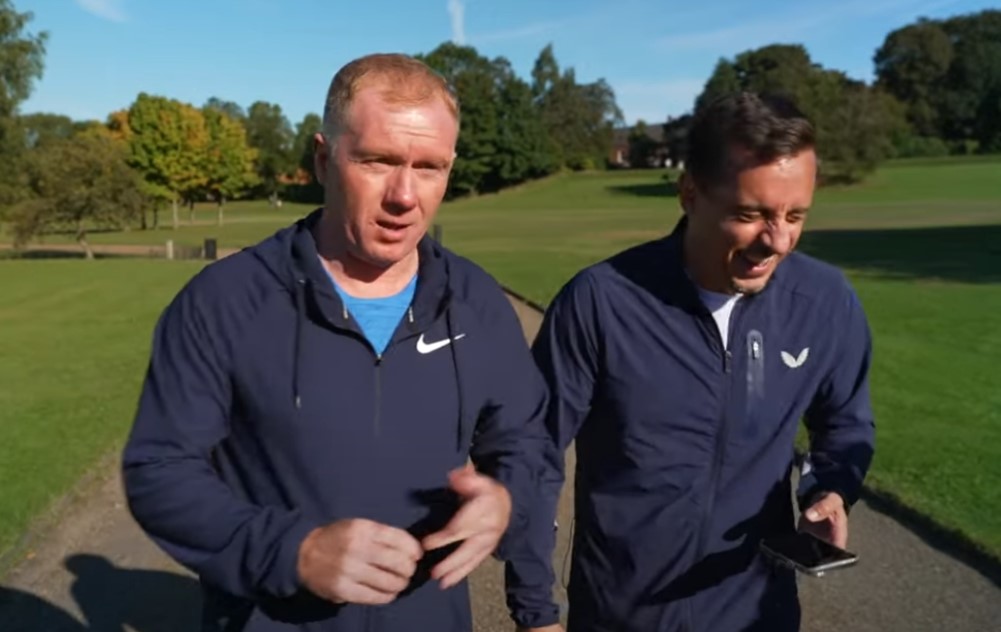 Paul Scholes has described his midfield partnership with Juan Sebastian Veron at Manchester United as ‘a disaster’.

Scholes is widely regarded as one of the greatest midfielders in United’s history, winning 11 Premier League titles, three FA Cups and two Champions League trophies during his career at Old Trafford.

But the 47-year-old admits he found it difficult when he was not paired with a defensively minded midfielder, with Veron and Anderson named as two players he struggled to play alongside.

Veron, who joined United in a £28.1 million move from Lazio in 2001, lasted just two seasons at Old Trafford before he was sold at a significant loss to Chelsea.

When asked to name his favoured midfield partner, Scholes said to former United teammate Gary Neville on The Overlap: ‘It didn’t really matter to me.

‘I played with Nicky [Butt], I played with Roy [Keane] – Michael Carrick. I loved playing with all of them. It wasn’t great playing with people who [were] attacking people, I needed someone who played that [defensive] position really well.’

Juan Sebastian Veron struggled to make an impact at Manchester United after his £28.1m move in 2001 (Getty)

Scholes replied: ‘Yeah, me and Veron were a disaster.

‘I think me and Anderson did it once. Just, no, it’s not working, is it? Just two lads who don’t care about defending, don’t know the [defensive] position that well.

‘But it worked better with a Michael or a Roy or a Nicky. They were brilliant playing that position, they knew.

‘I’ll die in prison but I can’t stay silent’: Mum among thousands trying to flee Russia