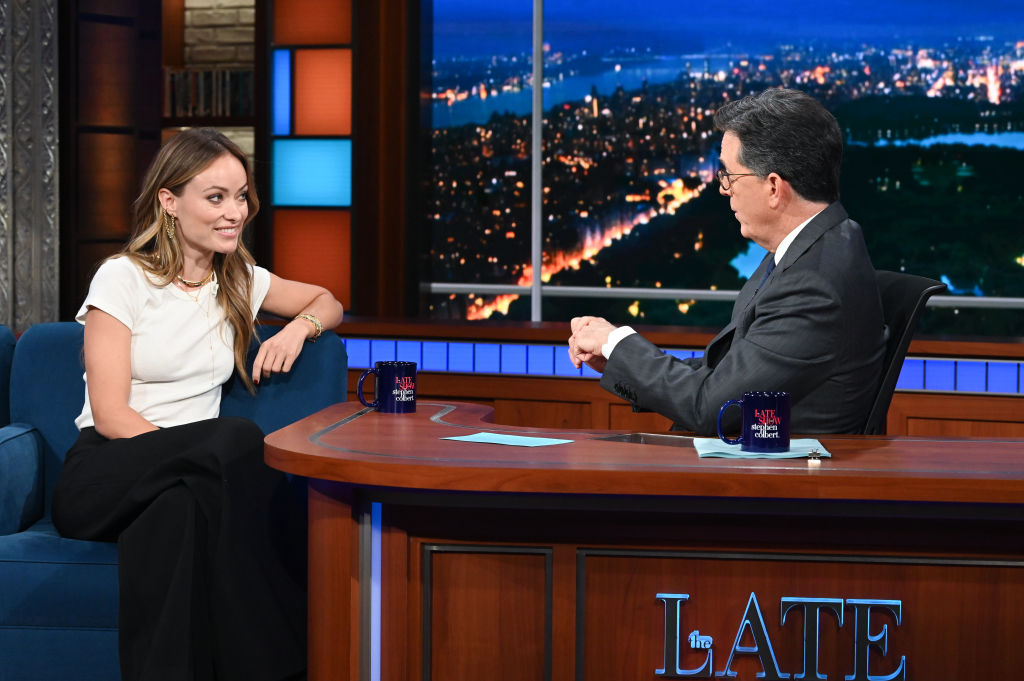 It was a family affair for Olivia Wilde on the set of Don’t Worry Darling, as her daughter Daisy had a starring role in the flick.

The director – who also produced and starred in the psychological thriller – shares the little one, and son Otis, with former partner Jason Sudeikis.

The five-year-old was cast to play her character’s on-screen daughter, something that she joked the youngster was ‘very good at’.

During an appearance on the Late Show with Stephen Colbert, the star told the host: ‘She is my real daughter, that’s Daisy. She was very good at playing my daughter.’

‘There are many funny lines of you yelling at your children off camera, going “Don’t do that! Don’t hit her”,’ Stephen said.

‘Was that a natural way you would speak to your children?’

‘I was a little meaner in the movie than I would be to her. It was like the drunk 1950s version of me I guess,’ the filmmaker laughed.

‘It was really great to have her there.

‘I really loved that she was seeing me in that light. Like somewhere subconsciously this is seeping in, that her mother is in charge and is supported by this awesome crew.’

Olivia and Jason started dating in 2011 and welcomed Daisy and Otis, 8, together, before eventually calling time on their romance in 2020.

Olivia split with Jason Sudeikis in 2020 after nine years of dating (Picture: Rex)

Shortly after their split was confirmed, she was linked to Harry Styles – who stars as Jack in the film, opposite Florence Pugh, Gemma Chan and Chris Pine.

Speaking about navigating ending their romance while on the Kelly Clarkson Show, she conceded that ‘reshaping a family is tricky’, but said that she had found a ‘benefit’ to it.

‘It’s allowed for some really deep conversations with my kids about emotions and about happiness and about what family means and love,’ the mom-of-two added.

‘It’s actually allowed me to get to know them in a different way… My priority is them. That’s what it is. It’s as long as they’re happy and they’re healthy then, my ex and I, we agree on that. They are everything to us.

‘There are so many families that are blended and different shapes. It’s doable. If you can surround them with so much love, then it’s okay. But, you know, it’s tricky because we’re not doing it in private.’

If you’ve got a celebrity story, video or pictures get in touch with the Metro.co.uk entertainment …read more