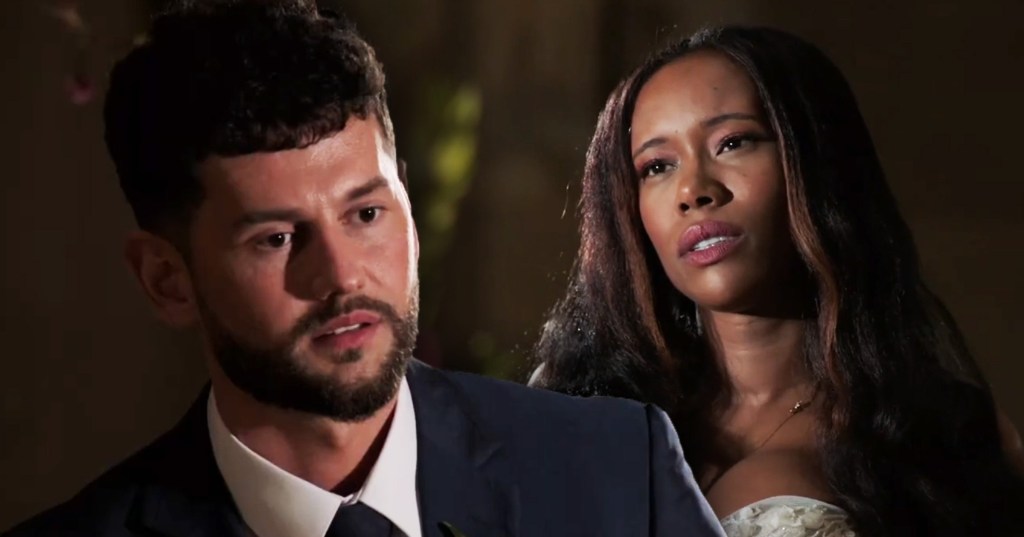 Married At First Sight newlyweds Duka Cav and Whitney Hughes have had quite the rollercoaster ride during recent episodes of the E4 show.

After meeting at the altar for the first time and tying the knot, Whitney made it clear she wasn’t interested in Duka, after revealing her high expectations.

Speaking to the camera after saying their vows, Whitney had brutally shared: ‘I wanted a man who’s a man that’s towering over me, like massive, like a brick house. Compared to a house, maybe he’s a shed.’

Then, while on their honeymoon, Whitney slammed Duka as ‘fake’, accusing him of putting on an ‘act’ and rejecting a replacement wedding ring after she lost hers.

Rows have followed with Whitney tearing up at commitment ceremonies, Duka moving into their apartment alone and the couple eventually trying to work things through with a ‘fresh start’.