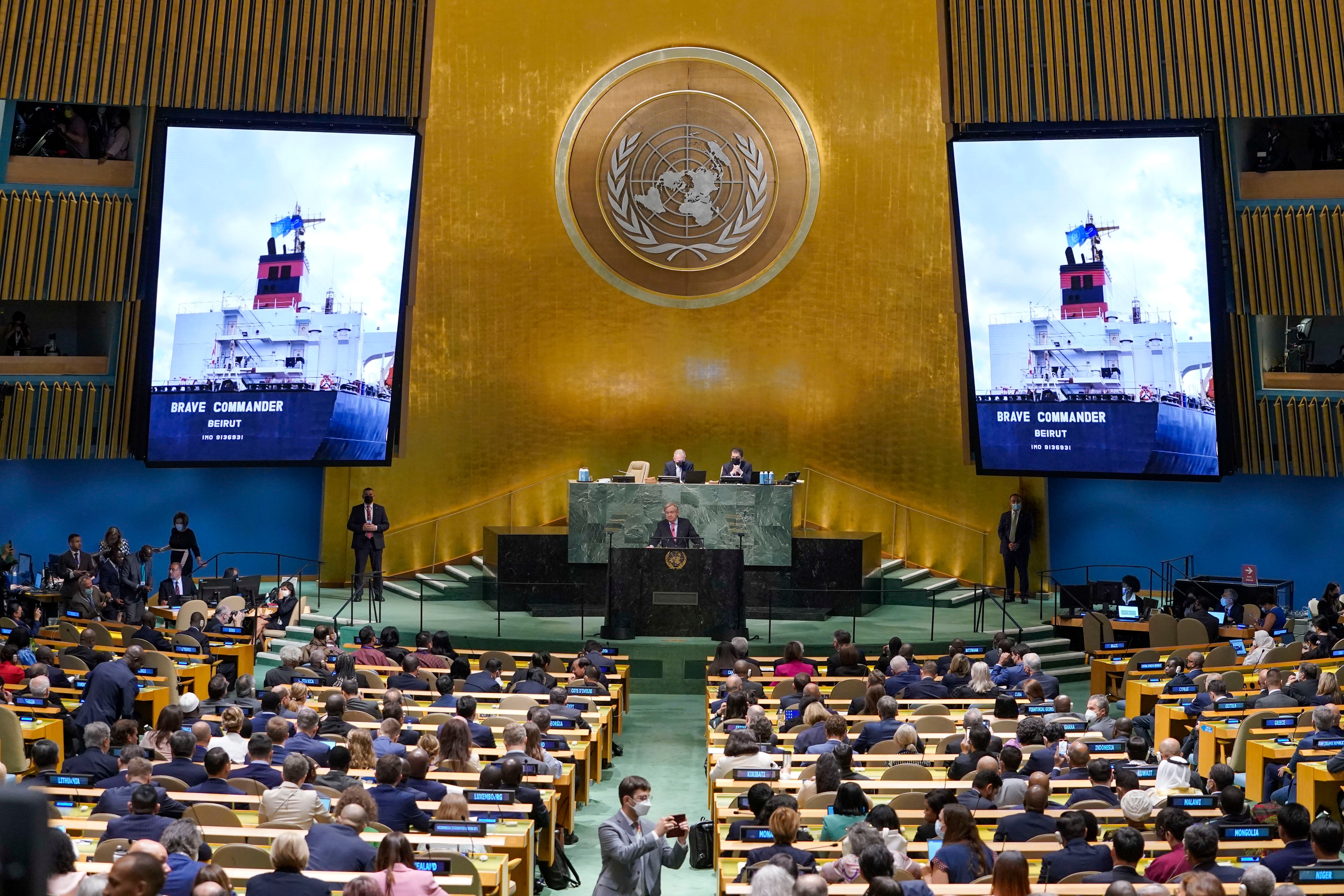 The U.N. food chief warned Thursday that the world is facing “a perfect storm on top of a perfect storm” and urged donors, particularly Gulf nations and billionaires, to give a few days of profits to tackle a crisis with the fertilizer supply right now and prevent widespread food shortages next year.

Beasley said that when he took the helm of WFP 5 1/2 years ago, only 80 million people around the world were headed toward starvation. “And I’m thinking, `Well, I can put the World Food Program out of business,’” he said.

But climate problems increased that number to 135 million. The COVID-19 pandemic, which began in early 2020, doubled it to 276 million people not knowing where their next meal was coming from. Finally, Russia invaded Ukraine on Feb. 24, sparking a war and a food, fertilizer and energy crisis that has pushed the number to 345 million.

“Within that are 50 million people in 45 countries knocking on famine’s door,” Beasley said. “If we don’t reach these people, you will have famine, starvation, destabilization of nations unlike anything we saw in 2007-2008 and 2011, and you will have mass migration.”

“We’ve got to respond now.”

Beasley has been meeting world leaders and speaking at events during this week’s General Assembly gathering of leaders to warn about the food crisis.

General Assembly President Csaba Korosi noted in his opening address Tuesday that “we live, it seems, in a permanent state of humanitarian emergency.” U.N. Secretary-General Antonio Guterres warned that conflicts and humanitarian crises are spreading, and the funding gap for the U.N.’s humanitarian appeals stands at $32 billion — “the widest gap ever.”

This year, Beasley said, the war shut down grain shipments from Ukraine — a nation that produces enough food to feed 400 million people — and sharply curtailed shipments from Russia, the world’s second-largest exporter of fertilizer and a major food producer.

So mothers, he said, are forced to decide: Do they buy cooking oil and feed their children, or do they buy heating oil so they don’t freeze? Because there’s not enough money to buy both.

“If we don’t get on top of this quickly — and I don’t mean next year, I mean this year — you will have a food availability problem in 2023,” he said. “And that’s gonna be hell.”

Beasley explained that the world now produces enough food to feed the more than 7.7 billion people in the world, but 50% of that food …read more