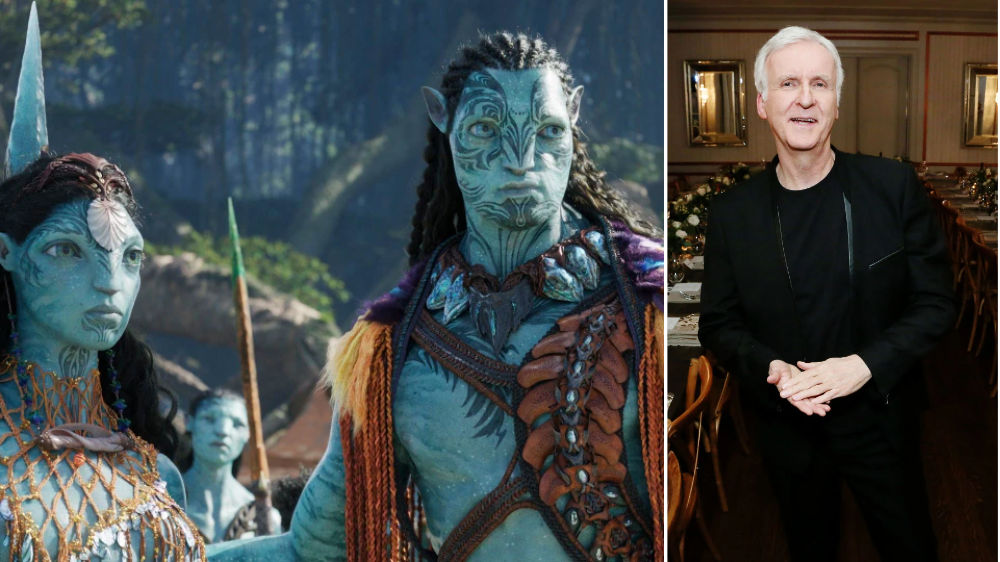 Avatar is one of the biggest films in history (Pictures: AP/ Gabriel Olsen / Getty Images for Absolut Elyx)

James Cameron spent a whole year crafting a script for Avatar 2 – only to end up throwing it out and starting all over again.

Cameron, 68, directed Avatar in 2009, with the epic science fiction film become the highest-grossing film in the world for nearly a decade.

Following its success, Cameron signed with 20th Century Fox to create four sequels, with the first, Avatar: The Way of Water, set to hit cinema screens in the US on December 16.

The director worked for a year on a script for the second installment in the franchise before eventually scrapping it, he revealed to The Times.

‘All films work on different levels. The first is surface, which is character, problem, and resolution,’ he explained.

James ditched his original script as he wasn’t satisfied with it (Picture: Disney / 20th Century Studios)

‘The second is thematic. What is the movie trying to say? But Avatar also works on a third level, the subconscious.

‘I wrote an entire script for the sequel, read it, and realized that it did not get to level three.

‘Boom. Start over. That took a year.’

He also explained why fans of the films have waited 13 years for a sequel, saying that he and the crew took part in deep-ocean exploration as part of research for the picture.

Since the first Avatar hit screens, there is a new film planned almost every year now until 2028.

Sigourney Weaver and Stephen Lang will return as their original characters, and there are some high-profile newcomers attached to the project, including Vin Diesel and even Titanic star Kate Winslet.

MORE : James Cameron ‘excited’ for Avatar 2 release after watching original film on the big screen with his children

Who are the best strikers for FIFA 23 Ultimate Team?

How to keep your house warm this winter