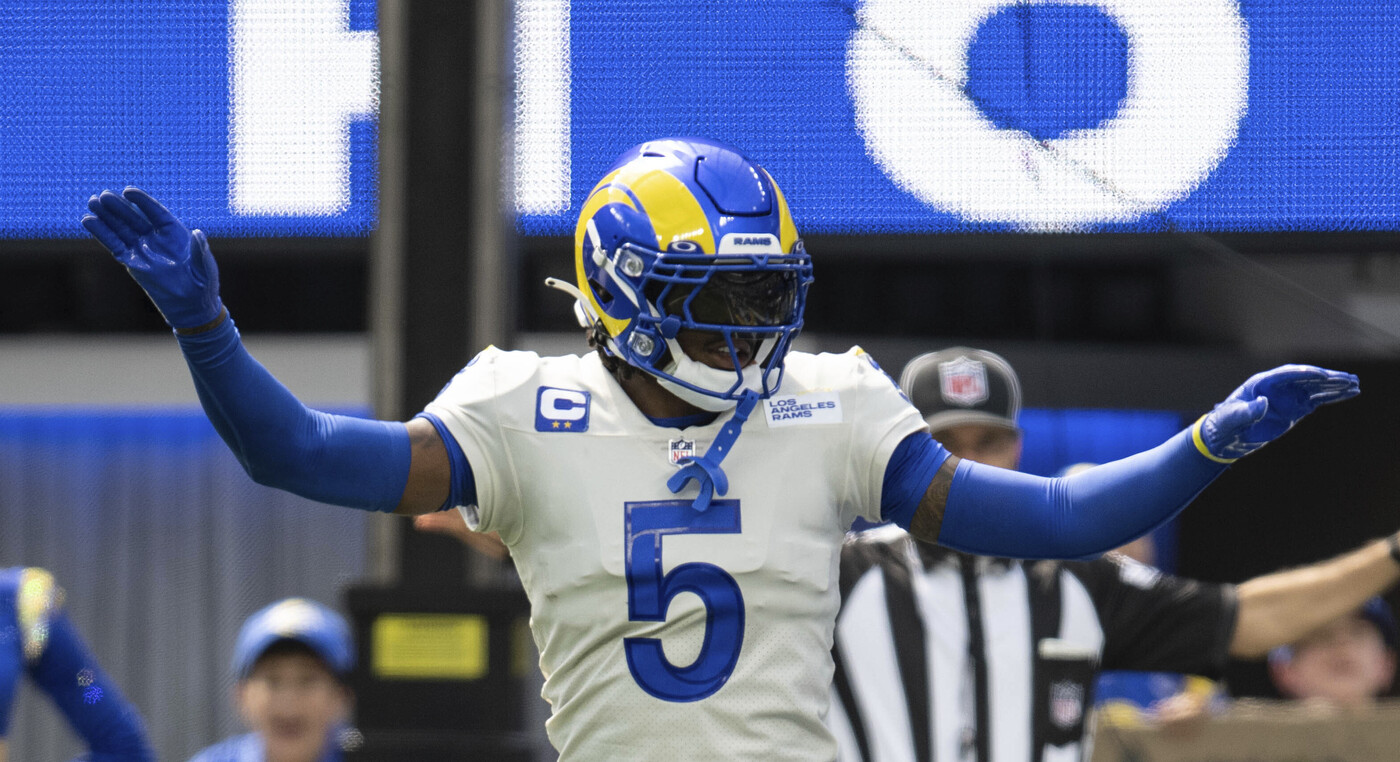 THOUSAND OAKS — Rams cornerback Jalen Ramsey described the team’s previous trip to Arizona as weird because he was one of five players placed on the COVID-19 reserve list and ruled out from the “Monday Night Football” matchup.

Ramsey is available to play Sunday against the Cardinals, but the same can’t be said about three of his fellow cornerbacks, giving the team a similar feel as last year in their return to Arizona.

Ramsey, Robert Rochell, a second-year player with only three defensive snaps this season, and Derion Kendrick, a rookie who was inactive the first two games, are expected to form the Rams’ cornerback rotation against Cardinals star quarterback Kyler Murray and his speedy wideouts.

“I still got to be able to do a lot of things for the team,” Ramsey said when asked about his role possibly changing Sunday because of the injuries. “Still got to be able to be versatile, continue to be a leader, help the guys who haven’t played a little bit more. Doesn’t really change it too, too much.”

The Rams’ secondary could also be without safety Jordan Fuller, who was listed on the final injury report as “questionable” with a hamstring injury. The team will not have wide receiver Van Jefferson for the third consecutive game and center Brian Allen for the second consecutive week. Running back Kyren Williams, outside linebacker Daniel Hardy and offensive linemen Logan Bruss and Tremayne Anchrum are also on the Rams’ injured reserve list, and tight end Brycen Hopkins and defensive lineman Bobby Brown are serving suspensions.

Ramsey might again refer to the Arizona trip as weird when he’s reminded of the long list of unavailable players next year.

“Holy, heck,” Rams coach Sean McVay said about the injuries. “I don’t know if we’ve ever quite experienced some of these injuries and situations ever, especially this early. It almost feels like COVID-esque type of things, but it’s never going to be an excuse for us. We’ve got to have guys ready to go, ready to be able to step up.

“It doesn’t seem like it was too long ago where I was addressing the team before we played these guys (the Cardinals) on Monday night and (Head Athletic Trainer) Reggie Scott comes in and says, ‘You’re losing two key critical starters,’ where we had already lost a handful of guys because they ended up popping a positive COVID. It feels similar to that situation with some of the things that have come up, none of which are an excuse for us not to be ready to go.”

The Rams are hurting at several positions, but the biggest adjustments will need to be made by the …read more

Best season ever? Barry Bonds says all he wants is Aaron Judge on SF Giants