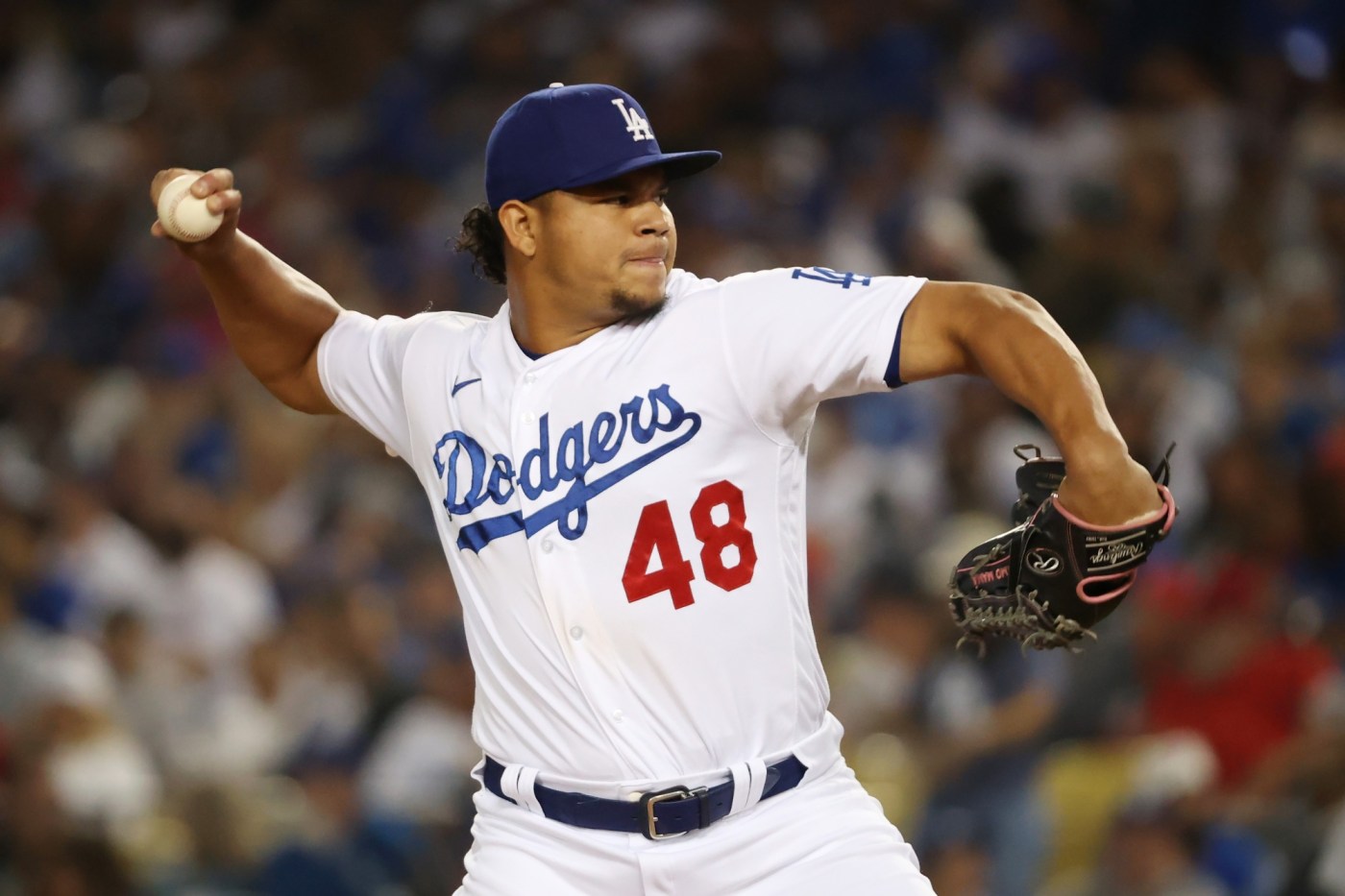 LOS ANGELES ― The only certain thing about the Dodgers’ postseason pitching staff is uncertainty.

With two weeks remaining in the regular season, right-hander Blake Treinen has been shut down from throwing. He won’t pick up a baseball until Saturday, Manager Dave Roberts said, as his right shoulder hasn’t “bounced back” as hoped from Monday’s simulated inning.

Right-hander Brusdar Graterol was activated from the injured list as expected Thursday, as left-hander Justin Bruihl was optioned to Triple-A Oklahoma City.

Meanwhile, left-hander David Price declared himself a possibility to return from his sore wrist next week after throwing a simulated inning Thursday. He and right-hander Yency Almonte – who’s about to begin a rehabilitation assignment at Triple-A on Friday – could give the Dodgers two more healthy bullpen arms in the next week.

The reliever carousel won’t necessarily stop spinning once the calendar turns to October, either. Roberts acknowledged the pitching staff might change series to series, provided the Dodgers advance in the postseason, based on who’s healthy in addition to the opposing team’s roster.

For Treinen and the Dodgers’ other injured pitchers, Oct. 11 – Game 1 of a best-of-five National League Division Series –is merely one target date.

“I’m very hesitant to get too far out,” Roberts said. “Right now it’s … potentially exhausting some different scenarios to get guys acclimated to a potentially different role that you might see here in the next week or 10 days in preparation for that first series.”

The Dodgers have 12 regular-season games remaining, followed by five days off prior to Game 1 of the NLDS at Dodger Stadium. Their first-round opponent will be determined in the wild-card round.

Tony Gonsolin threw two simulated innings to teammates Thursday, sandwiched around Price’s one. The Dodgers’ five-man rotation is full, so Gonsolin and/or another starting pitcher could head to the bullpen when the playoffs begin.

For Gonsolin, merely completing the two simulated innings Thursday was important. The right-hander was 16-1 with a 2.10 ERA when he injured his right forearm in August. Although he has time to contribute meaningful innings in some capacity in the NLDS, his early-season form is still a ways off.

Gonsolin allowed plenty of contact on Thursday, induced few swings and misses, and even hit a batter with a pitch – harmlessly. Afterward, he said he felt good and estimated he threw at close to full intensity.

“I didn’t see pull-back,” Roberts said. “I didn’t see the radar gun but my eyes were telling me that he was doing really good out there considering the environment. If he can get out of tomorrow I think we’re in a really good spot.”

Roz Wyman was chosen as the winner of the inaugural “Tommy Lasorda I Bleed Dodger Blue Award.”

The former Los Angeles City Councilwoman was instrumental in facilitating the Dodgers’ move from Brooklyn to Los Angeles prior to the 1958 season and was a fixture in the stands at Dodger Stadium for many years thereafter.