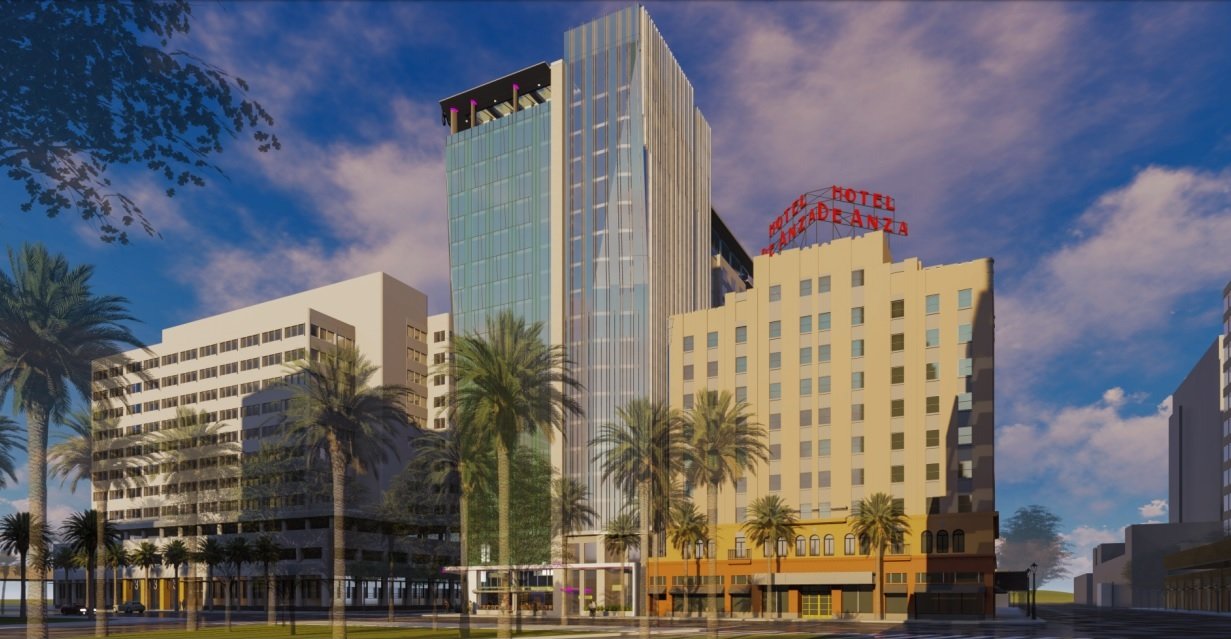 SAN JOSE — A California appeals court has again torpedoed an attempt by preservationists to thwart the development of a proposed hotel tower next to the Hotel De Anza in downtown San Jose.

This week, the state Court of Appeal rejected a request by the preservation group to win a rehearing of their appeal against a Santa Clara County judge’s ruling that San Jose city officials acted correctly in their approval of a lodging tower next to the Hotel De Anza in the downtown district.

The proposed 19-story hotel, if built, would have 272 rooms and feature a rooftop restaurant, lounge, and gathering area and would sprout at 8 N. Almaden Blvd. next to West Santa Clara Street.

On Aug. 30, the state appellate court upheld the county court decision and rejected the appeal by the Preservationist Action Council of San Jose. On Sept. 14, the preservationists requested that the state court rehear the case. On Sept. 22, the panel denied the rehearing request. That appears to end the case in the state Court of Appeal.

“I’m not surprised by the denial of rehearing, said Bob Staedler, principal executive with Silicon Valley Synergy, a land-use consultancy. “PAC SJ would be better served to focus their energy on structures like the First Church of Christ Scientist. Their continued losses in court are hurting their credibility.”

The 117-year-old church, located at 252 N. First St. next to St. James Park, was expected to be the centerpiece of a project featuring two residential towers.

The towers were approved, but the residential complex has yet to be built. During these delays, the lovely old church has fallen into disrepair and is protected from the elements only by a sometimes tattered giant tarp. Pac SJ lists the church as one of its “endangered eight” historic structures in San Jose.

In the case of the proposed hotel tower next to The De Anza Hotel, the state appellate justices supported a December 2020 decision by Santa Clara County Superior Court Judge Sunil Kulkarni that ruled against the preservationists and in favor of the city and the project’s developer.

The hotel project legally can proceed but the prospects for brand-new hotels appear murky due to coronavirus-linked economic uncertainties that continue to haunt the hospitality market.

The preservation group claimed in the appeal that the city approval process was flawed. The three key reasons, the preservationists claimed:

— The city issued an environmental impact report that failed to analyze the visual and aesthetic impacts of the proposed hotel tower.

— San Jose’s responses to certain comments in the final review process were inadequate.

— It would be possible to build a smaller hotel yet still meet the project’s objectives.