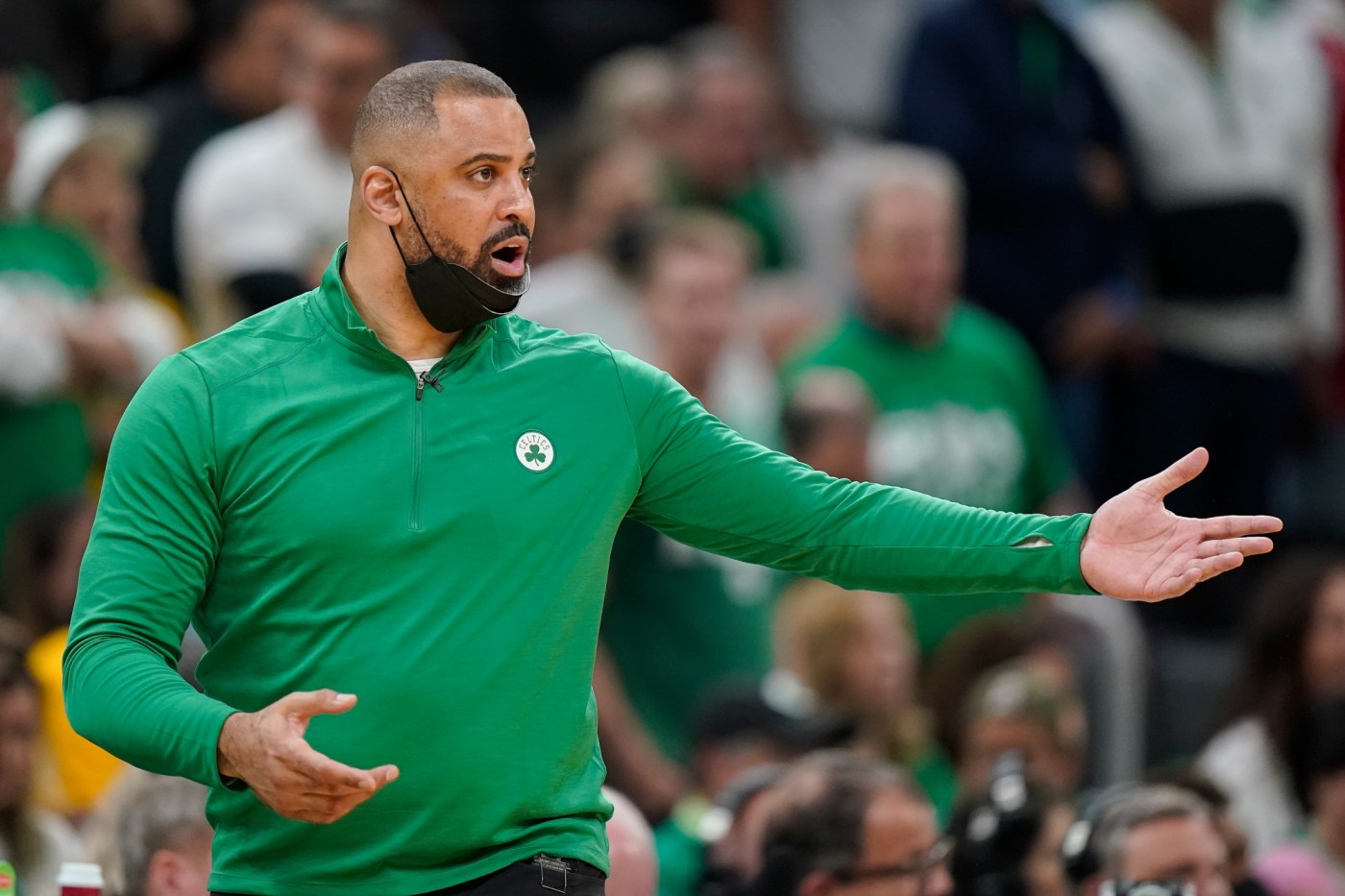 BOSTON — The Boston Celtics have suspended Ime Udoka for a full year, banning the coach who led them to the NBA Finals last spring for the entire 2022-23 season over what two people with knowledge of the matter said was an improper relationship with a member of the organization.

The people spoke to The Associated Press on condition of anonymity because the team did not reveal that detail publicly. In a statement issued Thursday night after a full day of wrangling over the terms of the punishment, the Celtics said Udoka violated team policies and left open the possibility that a longer separation could follow.

“A decision about his future with the Celtics beyond this season will be made at a later date,” the team said.

Assistant coach Joe Mazzulla will take over as interim coach, one of the people who spoke with The AP said. The defending Eastern Conference champions are scheduled to hold media day on Monday and open training camp on Tuesday in preparation for the Oct. 18 season opener.

In a statement published by ESPN, Udoka apologized “to our players, fans, the entire Celtics organization, and my family for letting them down.”

“I am sorry for putting the team in this difficult situation, and I accept the team’s decision,” he said. “Out of respect for everyone involved, I will have no further comment.”

A longtime assistant in his first NBA head coaching job, Udoka led Boston to a 51-31 record last season – going 26-6 in the final 32 games. The Celtics beat Brooklyn, Milwaukee and Miami on the way to the NBA Finals, where they lost to the Golden State Warriors in six games.

The developments stunned the NBA and shook up a team that had been among the favorites to contend for a championship this season. It would be an unprecedented 18th title for the franchise.

But in Boston, the story was reminiscent of the shakeup across town in 2020, when Red Sox manager Alex Cora was suspended by Major League Baseball for a year for his role in a sign-stealing scandal at his previous job, with the Houston Astros. Instead, the sides parted ways.

After a last-place finish under Ron Roenicke in the pandemic-shortened season, Cora was re-hired a year later and welcomed back.

It is unclear if Udoka and the Celtics will be as eager to reunite.

The 45-year-old Udoka spent the bulk of his NBA playing career with San Antonio and then joined Spurs coach Gregg Popovich’s staff as an assistant. Udoka was on the Spurs’ staff from 2012 through 2019, winning it all in ’14, and he quickly found his way onto short lists for open head coaching jobs.

He spent the 2019-20 season in Philadelphia and the 2020-21 season in Brooklyn before the Celtics hired him in June 2021 as the successor to Brad Stevens – who moved up to the front office. In Year 1, Udoka finished fourth in Coach of the Year voting and the Celtics came within two wins …read more

Ask Amy: She berated me because my self-restraint makes her feel bad