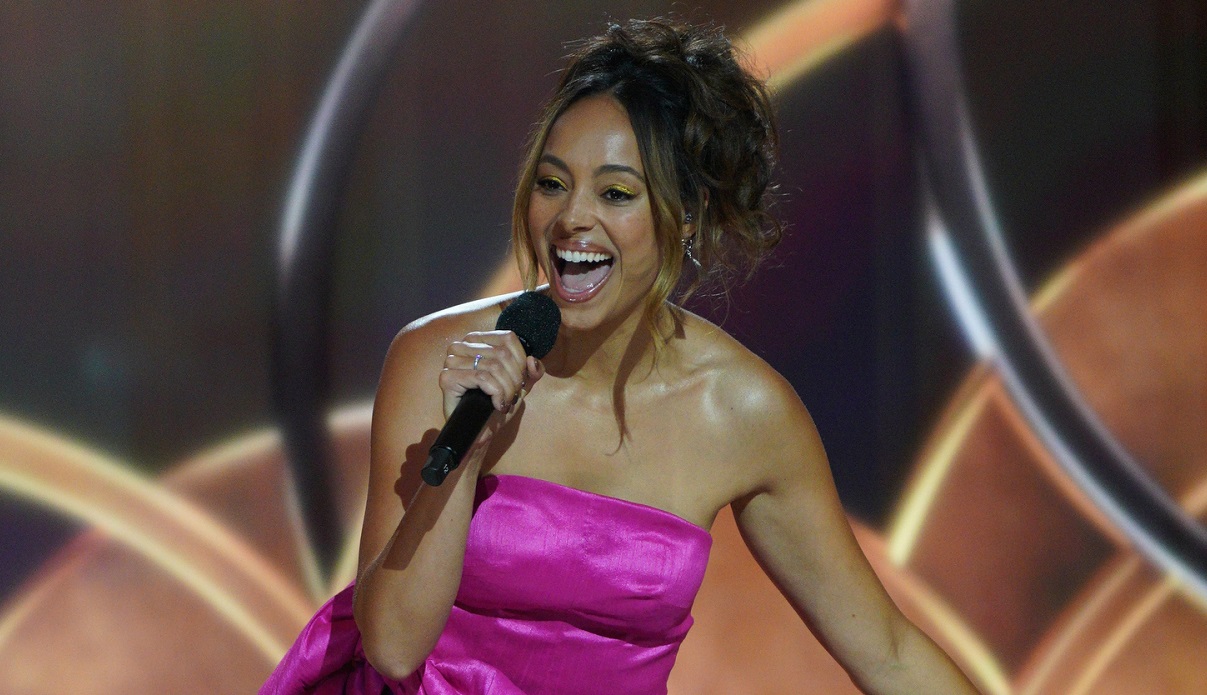 One of the celebrities performing at the two-hour TV event Norman Lear: 100 Years of Music and Laughter is Amber Stevens West. The gorgeous and talented actress starred in the star-studded TV series The Carmichael Show: she played Jerrod Carmichael‘s girlfriend Maxine.

Carmichael has said that The Carmichael Show was inspired by Norman Lear comedies he watched growing up including All in the Family.

At the Lear fete, Amber not only turns heads in a hot pink “Barbie” mini dress by designer Luciana Balderrama, but she also brings her stunning mother as her date. Yes, that’s her mother, former model Beverly Stevens, 70, wearing those white mesh pants!

Norman Lear: 100 Years of Music and Laughter will air Thursday, September 22 at 9 pm on ABC, right after Celebrity Family Feud at 8 pm.

Athletics take another win off Mariners in low-scoring affair