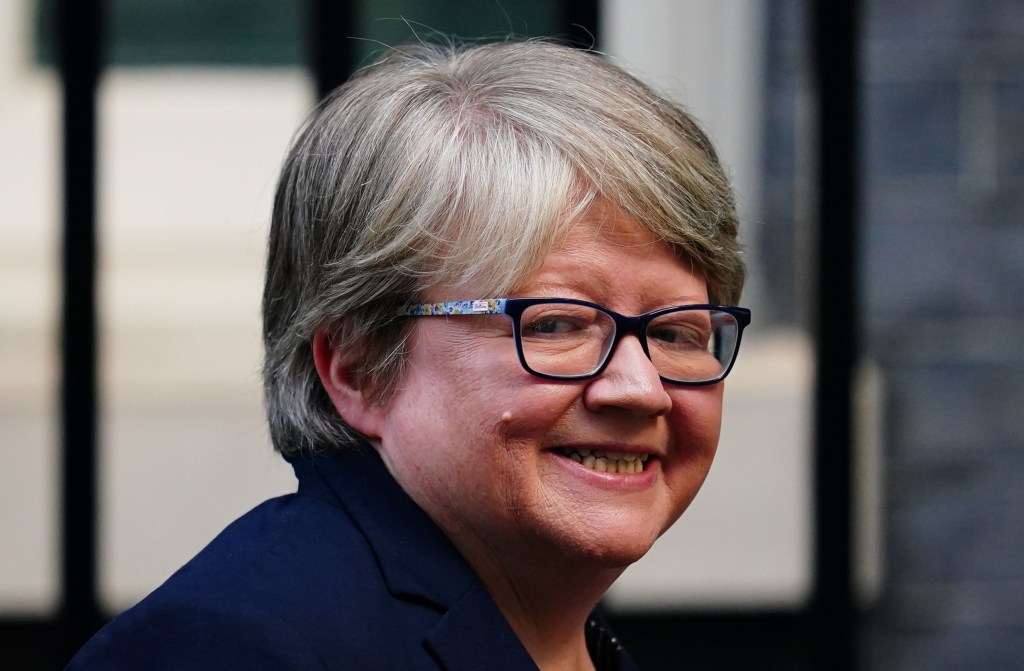 Therese has become a familiar face in Number 10 (Picture: PA)

All eyes have been on Prime Minister Liz Truss as she won the Conservative leadership race to Number 10.

Since her appointment she wasted no time reshuffling her cabinet, appointing MPs to some of Britain’s most important positions when it comes to running the country.

Among them was Therese Coffey, who became the first woman to act as Deputy Prime Minister.

She takes this role on alongside becoming Secretary of Health, a position she has said she is ‘honoured’ to take.

The pair have a close relationship, with Ms Coffey working on the PM’s campaign for Number 10 this year.

From three failed attempts to get her foot in the door of the Conservative Party to being the Prime Minister’s right-hand woman, Therese’s journey to office has been colourful.

But who is Therese Coffey and how has her political career led to her becoming Deputy Prime Minister?

Who is Therese Coffey?

Therese Coffey is a British politician born on November 18, 1971, in Bilinge, Lancashire.

Therese grew up in Liverpool after moving there at the age of six (Picture: Isabel Infantes / AFP)

She grew up in Liverpool and attended St Mary’s College and St Edward’s College in the city.

She studied chemistry at Somerville College, Oxford, for a year and was involved with the Oxford Union and rowing.

She then attended the University College London where she graduated, and was awarded a PhD in chemistry in 1998.

After graduation, she worked a number of roles for Mars Incorporated, including as finance director for Mars Drinks UK.

She then moved onto a role at the BBC as a finance manager in the Property Division.

Liz Truss made Therese Deputy Prime Minister and Health and Social Care Secretary in her new government on September 6, 2022.

Her appointment made her the first woman to serve as Deputy Prime Minister.

On her appointment to the dual roles of Deputy PM and Secretary of Health, she wrote that she was ‘honoured’ to be taking on the position and that her first focus would be ‘ABCD – ambulances, backlogs, care, doctors and dentists.’

I am honoured to be asked to serve as SoS for Health and Social Care. Patients are my top priority, as we focus on ABCD – ambulances, backlogs, care, doctors and dentists https://t.co/AIrIOfvkyn

As Deputy PM, her main role is to stand in at Prime Minister’s Questions (PMQs), chair the cabinet when the Prime Minister is absent, or hold important meetings.

Stock Market: Suez Canal Update! Floating!
Everyone is grossed out at the thought of advent calendars in September on This Morning: ‘Christmas now? No’

Asking For A Friend: Is it normal develop feelings for your friend’s partner?