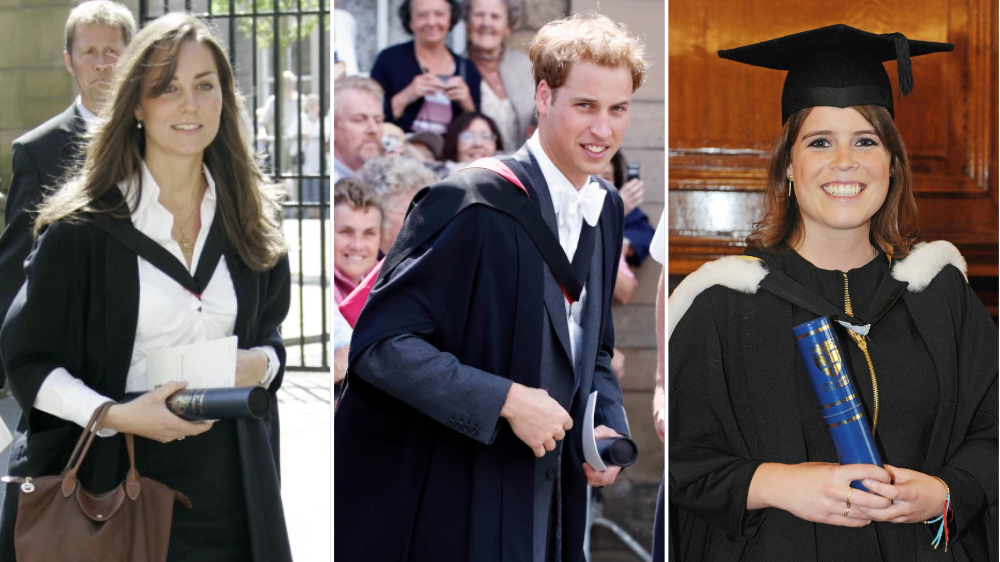 As the Royal Family play such important roles, it should come as no surprise that they receive some of the finest education the world can offer to ensure we are in good hands.

That quality of education has resulted in them landing up at some prestigious universities.

From Trinity to College to St Andrew’s University, our monarchy have picked up degrees in the likes of History, Geography, and English Literature.

As millions of students prepare for university to start up again for the new academic year, we take a look at where the royals attended.

In 1967, King Charles – then newly The Prince of Wales – read History at Trinity College, part of the University of Cambridge. He received a 2:2 Bachelor of Arts degree in 1970.

The then-Prince Charles after his graduation in 1970 (Picture: Fox Photos/Getty Images)

The King got very involved with university life at Cambridge, according to an old New York Times piece.

His Majesty reportedly played polo against Oxford, played cello in the orchestra, wrote for the university magazine Varsity, and attended an archaeological dig in Jersey, among other activities.

Instead, she was educated privately and taught by scholars at Eton College

Prince William famously met his wife Catherine at St Andrews University in Scotland, when they both joined as students back in 2001.

The Prince of Wales studied Art History before switching subjects to Geography, ultimately earning a 2:1 in his Bachelor of Arts degree.

While The Princess of Wales got the same result, 2:1, but stuck it out without Art History.

The Waleses have since been back to St Andrews, last paying their old campus a visit in May 2021.

Prince Andrew’s eldest daughter, Princess Beatrice, got a 2:1 in her Bachelor of Arts degree.

Her subject was History and the History of Ideas, which she read at Goldsmiths College, part of the University of London, from 2008 to 2011.

Beatrice reportedly said of her time at Goldsmiths, upon graduating: ‘I have had the most amazing university experience. Goldsmiths College is a wonderful place to study.’

Star Trek fans pay tribute to Kai Winn actress Louise Fletcher following death aged 88: ‘I loved that I hated her character so much’