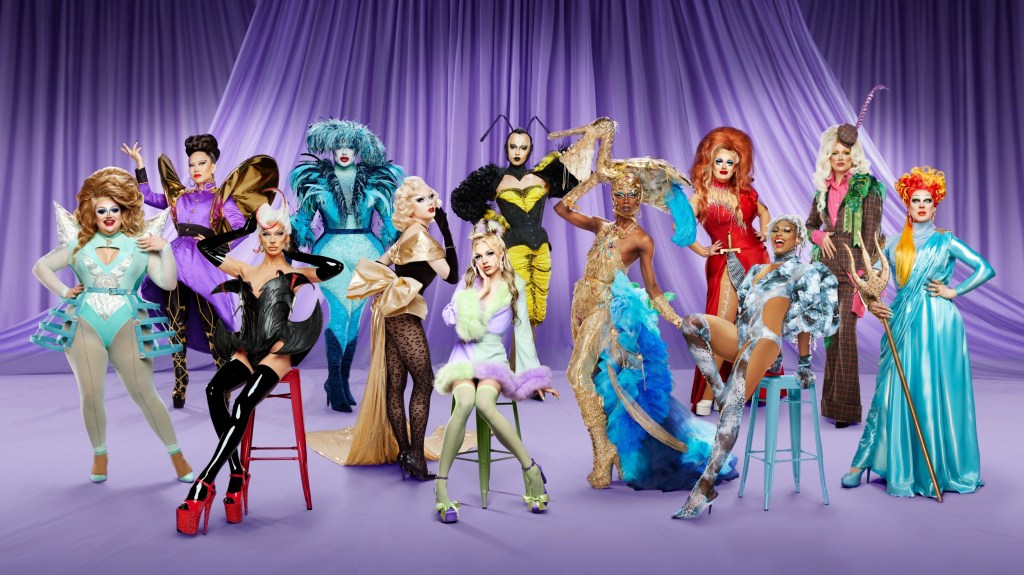 We can’t take our eyes off this impeccable cast (Picture: BBC/World of Wonder/Guy Levy)

The time has come for a new batch of queens to prove they have what it takes to be named the UK’s Next Drag Superstar on RuPaul’s Drag Race UK.

Following Krystal Versace’s win last season, the extravagant competition is back for series 4 on BBC Three, and our first look at the cast has proven they definitely boast a whole lot of charisma, uniqueness, nerve and talent.

Some members of the cast may already be more well-known among drag fans, such as the legendary Cheddar Gorgeous and former Britain’s Got Talent semi-finalist Danny Beard.

The line-up also features Drag Race UK’s first ever trans competitor Dakota Schiffer, with other hopefuls including Black Peppa, Baby, Starlet, Just May… and many more.

Here’s what you need to know to watch.

What time is Drag Race UK on tonight?

Set your alarms, because Drag Race UK is officially back tonight… and we can’t wait to see what the line-up of 12 new queens have in store.

The first episode is set to premiere tonight at 9pm on BBC Three and BBC iPlayer, and will go on until quarter past 10.

Afterwards, Absolutely Fabulous: The Movie is set to air on the channel, a fitting film to follow the programme considering the first guest judge on the season is none other than Patsy herself, Dame Joanna Lumley.

What are the challenges this week?

For the first week of the competition, the contestants are set to take place in what’s been described as a ‘spicy’ challenge – an ‘Olympic-sized photo shoot’.

Knowing Drag Race as we do, this photoshoot won’t simply be a walk in the park, with the queens expected to have to cope with all sorts of hurdles while striving to achieve that perfect shot.

For the maxi challenge, they’ll be tasked with pulling out two show-stopping looks for the runway.

With the queens having teased that the runway looks this year are akin to what one might expect to see at Fashion Week, we have extremely high hopes.

How to watch Drag Race UK

Episodes of Drag Race UK will be available to watch on BBC Three while it’s airing live on TV, or on the channel on BBC iPlayer.

After it’s been released, each episode of the series will be found on BBC iPlayer, for anyone who needs to catch up or any fans who simply want to watch them over again.

If you’ve got a celebrity story, video or pictures get in touch with the Metro.co.uk entertainment team by emailing us celebtips@metro.co.uk, calling 020 3615 …read more

Stock Market: Suez Canal Update! Floating!
Joe Swash ‘signs up’ for I’m A Celebrity All Stars 14 years after being crowned King of the Jungle