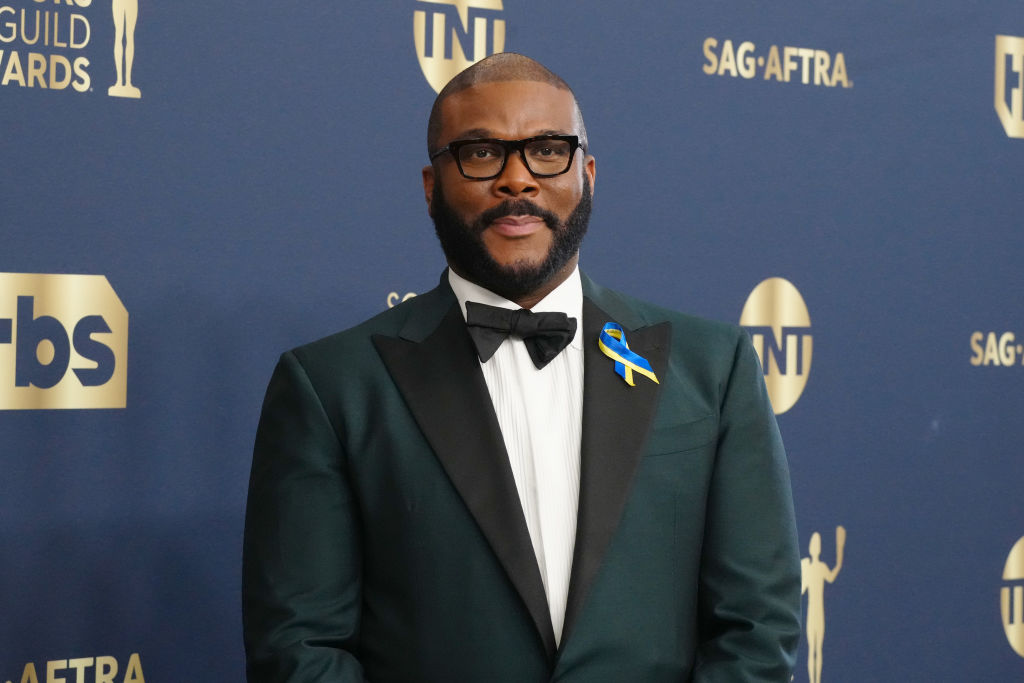 Tyler Perry has opened up about his decision to offer Prince Harry and Meghan Markle his home to live in after they quit Royal life more than two years ago.

The Duke and Duchess of Sussex announced they were stepping away as working senior members of the Royal family in early 2020 before moving to the US.

They first stopped off in Canada as they transitioned to their new life abroad, before filmmaker Perry offered them a place to stay at one of his mansions in California.

Perry, 53, was one of the first stars to support the Royal couple who were facing immense backlash over their decision to quit the UK.

Recalling how he rushed in to help Harry, 38, and Meghan, 41, the Madea director told NBC’s Today on Wednesday: ‘It was a very difficult time for them and what I know about the two of them, that I wish the world knew, is how much they love.

Tyler Perry was one of the first celebrities to reach out to Harry and Meghan when they quit Royal life (Picture: FilmMagic)
Meghan and Harry are now happier living in Montecito after struggling with the scrutiny as working Royals (Picture: Getty Images)

‘The love they have is really, really moving and I just wanted to do anything I could to support them.’

Continuing to express his awe over the couple’s relationship, Perry admitted that he hopes to find a similar love in the future, adding: ‘If I don’t have that, what she and Harry have, I don’t want it – that’s really amazing.’

Meghan recently praised Perry for his support in the early days of her marriage with Harry, explaining how he ‘understood’ the strain they would face being scrutinised in the public eye.

The couple live in California with their two children, including son Archie (Picture: Backgrid)

‘Sometimes, you can tell your life story to a stranger on a plane as opposed to some of the people that are closest to you,’ the former Suits actress told The Cut last month.

Harry and Meghan left Perry’s humble abode to purchase their own property in Montecito, California for a cool $14million (£12.4m). The couple live there with their two children, son Archie, three, and Lilibet, one.

It’s not yet known if the couple have flown back to the States after spending nearly three weeks in the UK following the death of Harry’s grandmother, Queen Elizabeth II on September 8.

The Queen died at her Balmoral home aged 96 and Harry jetted over to the Scotland estate to be with the rest of the Royal family, with Meghan staying behind in London. The two then made an appearance together in Windsor alongside Prince William and Catherine, the Princess of …read more

‘It was like being an eye-witness to history’: Susanna Reid reflects on reporting Queen’s funeral

Robert Quinn to young Bears: ‘Don’t get used to the feeling of losing’

Cubs’ Esteban Quiroz gets first major-league hit in victory vs. Marlins: ‘His story is awesome’