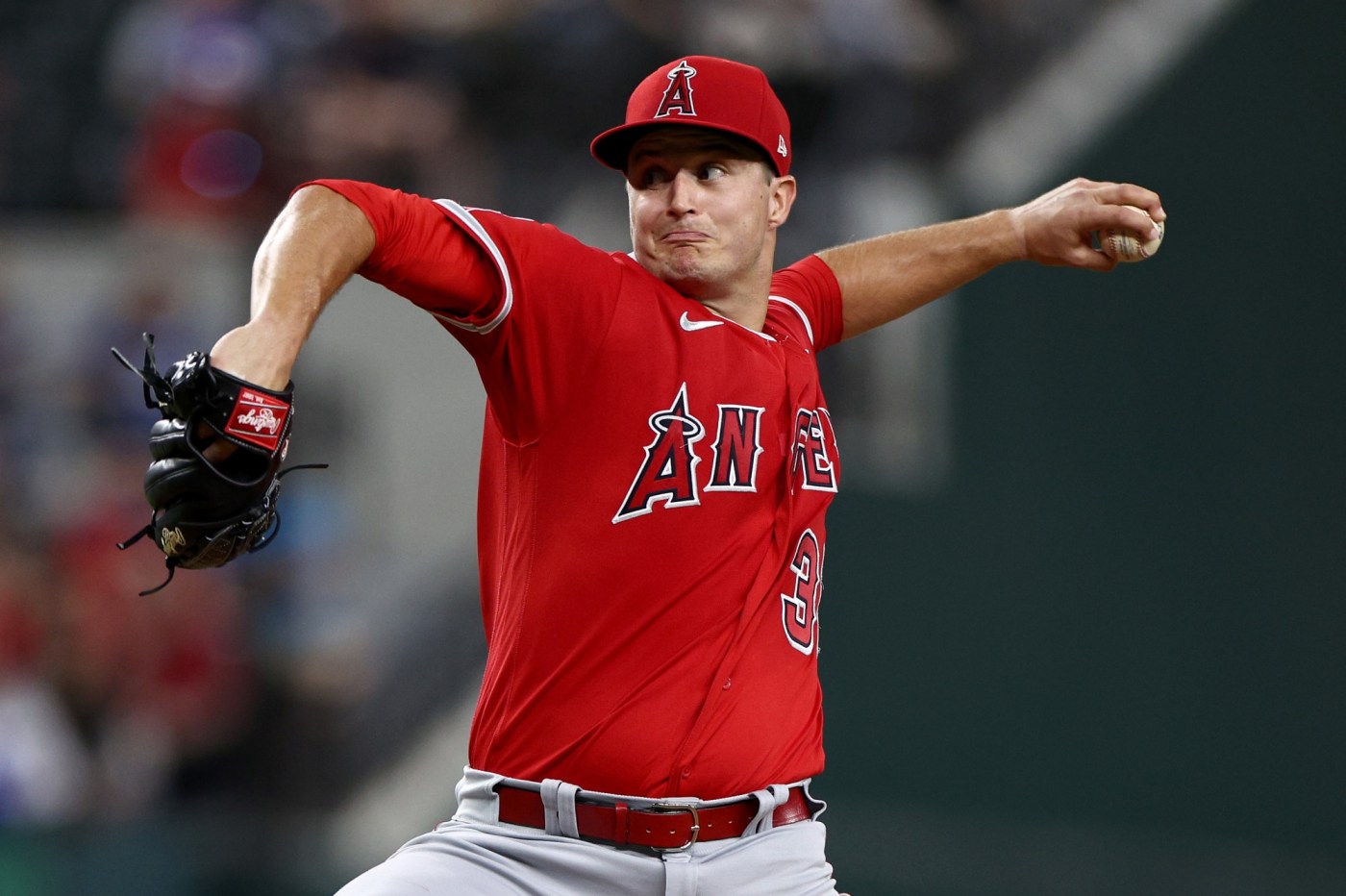 ARLINGTON, Texas — Tucker Davidson returned to the mound with a new look, and the results were encouraging.

The Angels gave the 26-year-old left-hander a few extra days in between starts because they wanted to rework his delivery in an effort to improve his control and prevent pitch-tipping.

Davidson didn’t walk a batter in five innings, the first time he’d done that in 16 career major league games. Davidson left with the Angels trailing by one run, but the Angels’ bullpen faltered late in a 7-2 loss to the Texas Rangers on Wednesday night.

Davidson, 26, is among a handful of pitchers the Angels are evaluating for roles next year, either as rotation depth or in the bullpen. Although there is certainly evidence that he has the stuff to be a big league pitcher, one of his primary issues has been his control.

Davidson had walked 6.3 hitters per nine innings this season, contributing to his 6.96 ERA. He had thrown strikes with just 60% of pitches, below the major league average of about 63%.

Davidson had begun his delivery with his shoulders square to home plate. As he started his windup, he turned his body 90 degrees and then went home.

The Angels had Davidson start with his lead shoulder already pointing toward home plate, as if he were pitching out of the stretch. He still took a small step back during the windup, but overall there was much less movement in his new delivery.

In his first outing with the new mechanics, he threw 69% of his pitches for strikes. He also saw slight velocity upticks with both his fastball and his slider, which is his primary pitch.

Angels beat Rangers with a rally that precedes triple play

The Rangers scored single runs against him in each of his first three innings. He then settled down and retired the final seven hitters he faced.

Davidson had the offensive support of a Taylor Ward two-run homer, his 19th of the season, in the first, but the Angels never scored again.

They didn’t get a runner into scoring position until the eighth, when Matt Thaiss and Michael Stefanic each walked before Luis Rengifo struck out to end the inning.

At that point, they were still within two runs. By the time they came to bat in …read more

Glowing neon blue waves are back along the Southern California coast