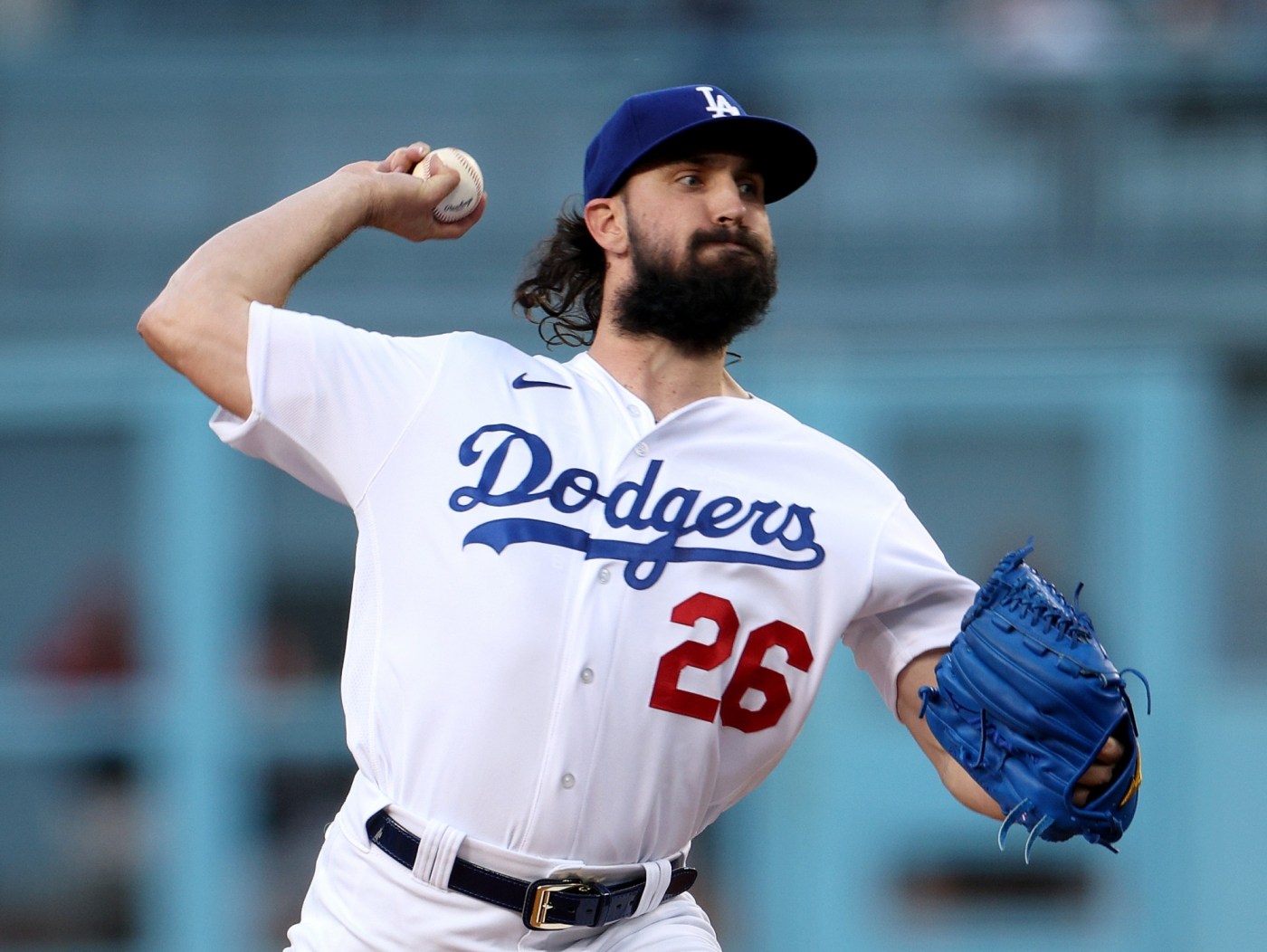 LOS ANGELES ― Time is running out on Tony Gonsolin to rejoin the Dodgers’ starting rotation in time for the postseason, and Manager Dave Roberts has spoken with the right-hander about contributing in different roles this October.

“He’s open to whatever,” Roberts said.

Gonsolin will throw two simulated innings to teammates on Thursday at Dodger Stadium. The next step in his recovery from a right forearm injury is an important one.

An uneventful outing and a quick bounceback Friday would allow Gonsolin to pitch a minor league rehabilitation game next week. In that best-case scenario, Gonsolin would have time to make one major league start before the regular season ends.

The Dodgers have five days off between their Oct. 5 regular-season finale and Game 1 of a best-of-five National League Division Series. In theory, Gonsolin could use that time to build up his pitch count for a postseason start.

More likely, however, the pitcher who began the season 11-0 and was leading the NL in ERA as late as Aug. 30 will begin the postseason as a reliever, or in a “piggyback” situation – not unlike his role to begin the season, in tandem with left-hander Tyler Anderson.

Allowing Gonsolin to take his time is a luxury the Dodgers can afford. Enviably, they have five healthy starting pitchers – Julio Urías, Clayton Kershaw, Dustin May, Andrew Heaney, and Anderson – whose combined 2.48 ERA would be lower than that of any other starting staff in baseball.

“At some point, you’re kind of dealt a hand and you have to do the best you can with it,” Roberts said. “Anything right now is certainly not ideal. But can you make it work? Absolutely.”

Gonsolin was 16-1 with a 2.10 ERA when he last pitched on Aug. 23. His 128⅓ innings are a career high and more than double his total from last season.

Blake Treinen’s postseason status was also dealt a blow when the right-handed reliever did not bounce back from his Monday simulated game as hoped.

Originally set to return from the 15-day injured list Thursday, Treinen now has no set return date. Brusdar Graterol, who also threw a simulated inning Monday, will be activated instead.

Treinen played catch Wednesday and will be re-evaluated. …read more

Can USC fix its defense before it costs the Trojans a game?

Vegetables, bulbs and more: What to do in the garden this week