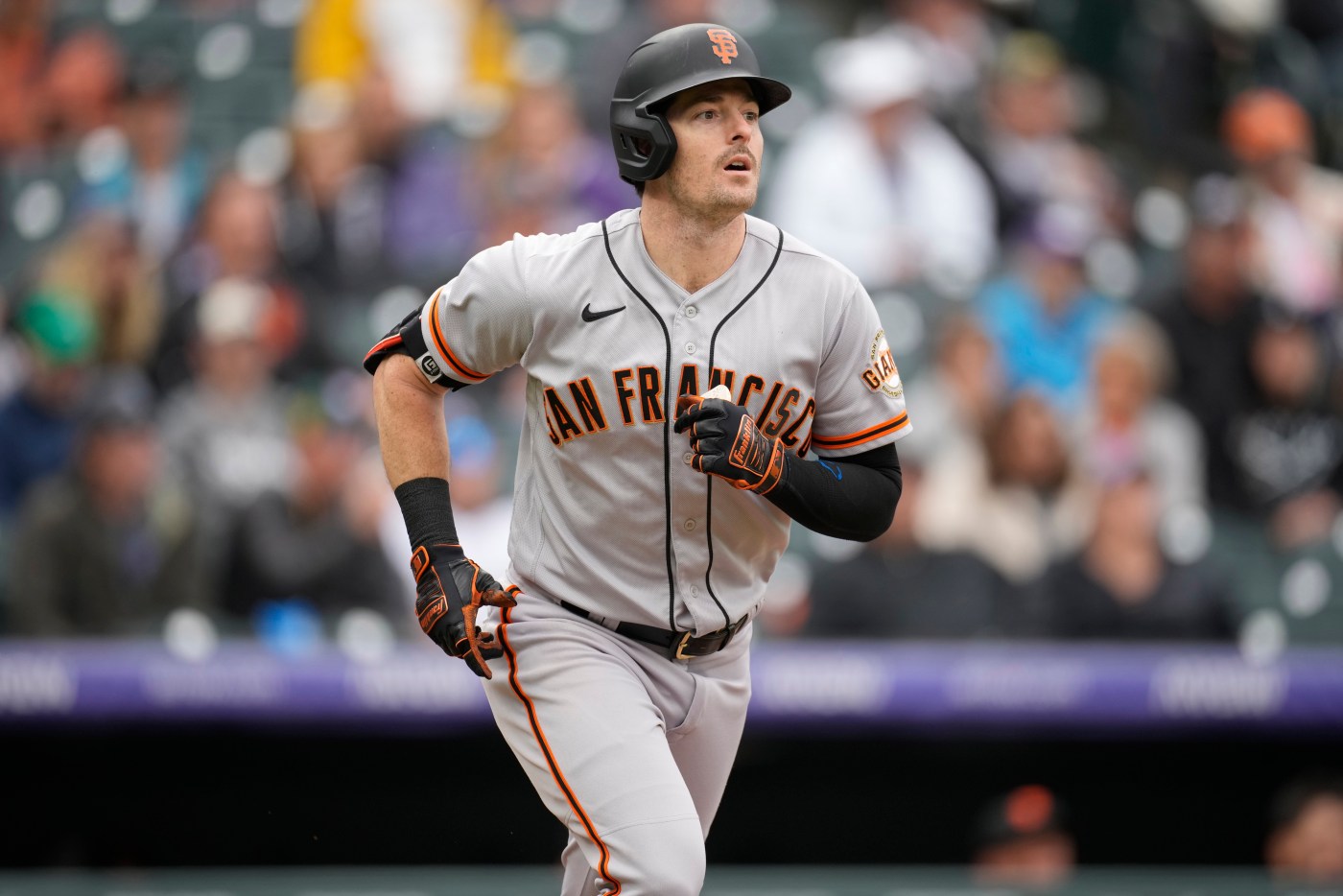 With big days from Mike Yastrzemski and Joc Pederson and an immaculate effort from their bullpen, the Giants beat the Rockies, 3-0, on Thursday, to complete their first four-game sweep of the season.

The Giants’ combined shutout — using six pitchers in their second bullpen game of the series — was their first at Coors Field since 2012 and their fifth time blanking the home team since the mile-high ballpark opened in 1997.

Here are some takeaways.

Thunder and lightning: Mike Yastrzemski and Joc Pederson teamed up to produce the Giants’ first two runs and turned in a pair of multi-hit efforts — while proving there are multiple ways to find success in the batter’s box.

Yastrzemski, who loves hitting at Coors (a 1.096 career OPS), hammered the hardest- and the furthest-hit balls of the game, resulting in a first-inning double and a sixth-inning shot. The double into the right field corner left Yastrzemski’s bat at 106.2 mph. The homer into the right-field seats traveled 425 feet, second only to his 430-foot shot Monday night for his longest of the season.

Pederson drove Yastrzemski home from second to open the scoring in the first with a line-drive single to center, but his other two hits didn’t leave the infield. In his second trip to the plate, he found the hole in the shift with a soft roller toward third base. And in his third at-bat, he singled on a high-hopper that shortstop Alan Trejo couldn’t handle.

It was Pederson’s third game with three hits this season. The Giants’ leader: Wilmer Flores, with 10 such games this season. Next are Thairo Estrada and Joey Bart, with four each.

LaMonte Wade Jr., who started Thursday’s game in left field after exiting early Wednesday with hamstring tightness, singled home Luis González, who also had a pair of hits, for an insurance run in the seventh.

Brebbia, the opener: Not only does John Brebbia lead the majors in appearances, he also leads relievers in games opened. On Thursday, he did it for the second time in three games, tossing a scoreless first inning.

A combination of five more relievers followed Brebbia with eight more scoreless frames, blanking the Rockies at Coors Field for the first time since 2012 — only the fourth time San Francisco has tossed a shutout at the mile-high ballpark since it opened in 1997.

Combined with Logan Webb’s near-no-hit bid Wednesday, the Giants allowed fewer runs over the past two games (one) than any other two-game stretch in their history at Coors Field. Including their 6-3 win in another bullpen game Tuesday, it was the fewest runs the Giants have allowed in any three-game stretch there, too.

“I enjoy it,” Brebbia said in an interview earlier this month, “so if (Kapler) wants me to open, then I’m great with it.”

The Giants’ use of Brebbia …read more

Judge dismisses lawsuit over DOJ memo on school board threats

Dear Abby: I get so anxious when he uses my bathroom. Should I say something?