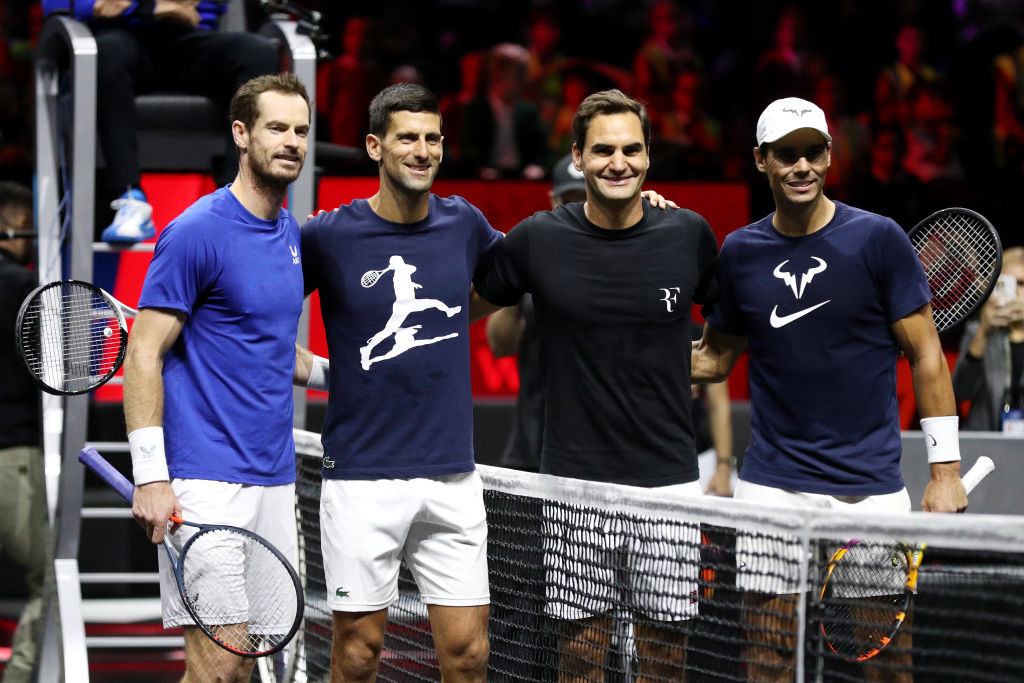 Andy Murray, Novak Djokovic, Roger Federer and Rafael Nadal are all in action at The O2 (Picture: Getty)

Rafael Nadal, Andy Murray and Novak Djokovic all agree that the 2022 Laver Cup is the perfect send-off for Roger Federer ahead of his retirement.

Federer, a 20-time Grand Slam champion and eight-time Wimbledon winner, will call time on his career after this weekend’s event at London’s O2 at the age of 41.

He has enjoyed a rivalry with Nadal, Murray and Djokovic through his spell in tennis, with the Big Four considered to be among the greatest players in history.

Federer’s last ever competitive match will take place Friday evening when he lines up alongside Nadal in doubles against American duo Jack Sock and Frances Tiafoe.

That is due to be the fourth match in this year’s Laver Cup, which sees two star-studded groups of players – Team Europe and Team World – face off against each other in a series of matches, with the winning side determined on Sunday.

Federer launched the competition in 2017 with Nadal, Murray and Djokovic feeling it will be a fitting tribute to the Swiss legend’s fantastic career.

‘We had the best locker room moments, the funniest ones, at the Laver Cup,’ Djokovic said, who won Wimbledon in July to register his 21st major trophy.

The line-up is set for Day 1 of #LaverCup pic.twitter.com/HnulRs01KX

‘Just the conversations that we normally don’t have on the tour because we are rivals.

‘We don’t normally hang out together as we all have our teams and our families that we stick to, which is normal and logical.

‘But the Laver Cup is a unique competition where you get to be team-mates and you get to support each other and experience each other in a different way.

Once in a lifetime experience to be on the same court with these legends and rivals. Thank you @LaverCup for making it possible. Looking forward to a great weekend of tennis and a celebration of @rogerfedererâs career. @RafaelNadal @andy_murray pic.twitter.com/eMAGnbHxle

‘So it was actually a very funny dinner last night with Team Europe and we had a lot of laughs.

Great Britain hero Murray, quizzed on locker-room memories with Federer, added: ‘I probably do [have some]. I don’t know if I could say them on camera or not!

‘He is very popular with all the other players in the locker room and is always unbelievably friendly. He is very, very loud! He makes a …read more

Cheapest flu jabs 2022: How much is the UK vaccine at Asda, Boots, Tesco, and more?