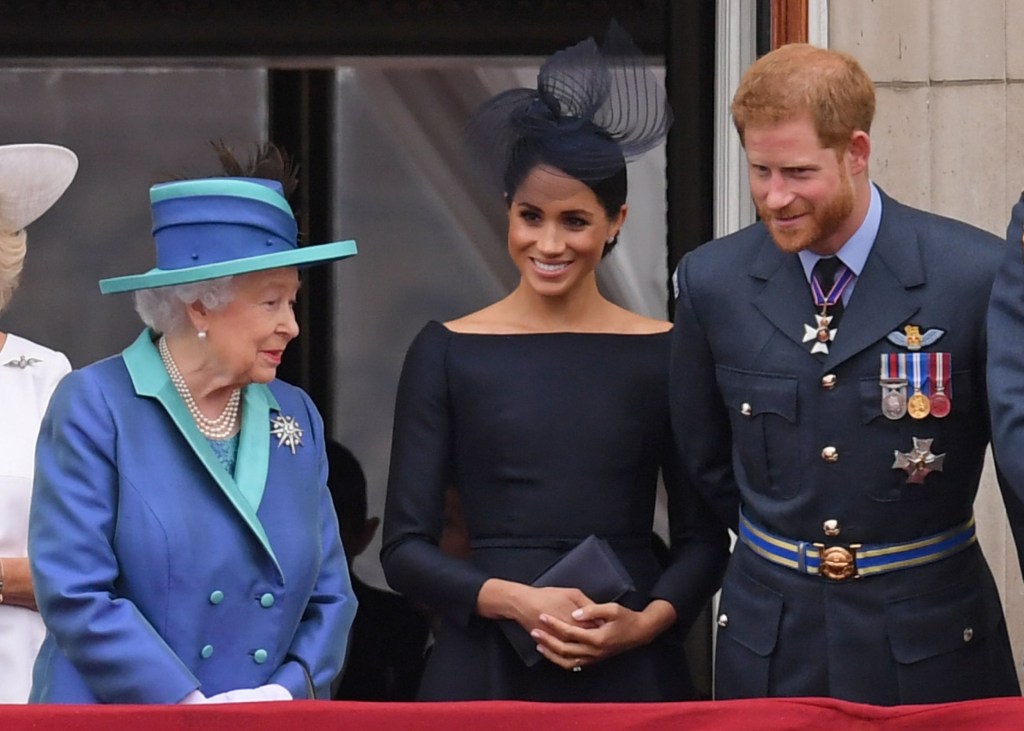 Harry and Megan stood down as working royals in 2019 (Picture: David Fisher/REX/Shutterstock)

The Queen was ‘left hurt’ after the Duke and Duchess of Sussex moved to America, according to a new book.

The New Royals, which is being serialised in Vanity Fair, claims the late monarch avoided thinking about the couple’s decision to leave.

A source was quoted as saying: ‘She was very hurt and told me, “I don’t know, I don’t care, and I don’t want to think about it anymore.”‘

The 96-year-old also allegedly spoke of her limited meetings with her great-grandchildren.

According to the source, the Queen: ‘got to see so little of Archie and Lilibet and that Harry and Meghan were not able to join her for a weekend at Balmoral in August, when the Queen used to host a “sleepover” for all of her grandchildren and great-grandchildren.’

Her Majesty was also said to be ‘exhausted’ by the fanfare surrounding when her grandson and his wife chose to quit the Royal Family and leave the UK.

Prince Harry and Meghan Markle stood down in 2019 before moving to America.

They will not be returning as working members of The Royal Family, their spokespeople have confirmed.

The couple returned to the UK for a series of charity events this month, for the first time since the Jubilee celebrations this summer.

It meant Harry was in the country when news of the Queen’s sudden spiral in health first emerged.

But, according to reports, he was unable to reach her bedside at Balmoral in time before she died.

Queen’s name ‘etched for eternity’ on final resting place
Queen Elizabeth II’s funeral: All the key events as they happened
Queen’s funeral watched by more than 29,000,000 TV viewers in the UK
Where has Queen Elizabeth II been buried and can you visit her tomb?
All the tributes the Royal Family have paid to the Queen following her death

Meanwhile, the New Royals also addresses the wider response from the Royal Family when the couple left the country.

It claims the Prince and Princess of Wales were said to have felt ‘a sense of relief’ when the Duke and Duchess of Sussex decided to give up royal life.

The move to California meant ‘the drama was gone’ in their eyes, sources add.

Autumn equinox quotes, poems, and Instagram captions to mark the start of a new season

How enviable is your kitchen? The most desirable features have been revealed