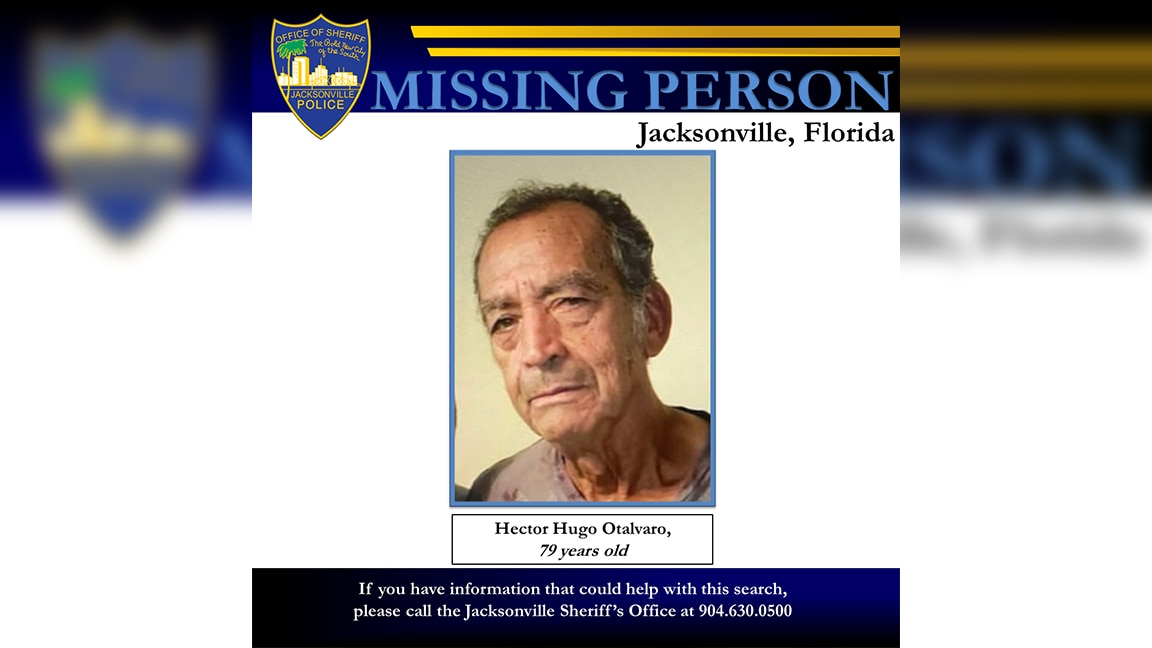 The Jacksonville Sheriff’s Office on Wednesday night asked for help tracking down a missing 79-year-old man who they said didn’t return home.

According to police, Hector Hugo Otalvaro was last seen in the area of Normandy Boulevard just west of I-295 at about 3 p.m. He’s said to have been diagnosed with Alzheimer’s disease.

Otalvaro is said to be 5-feet 10-inches in height and weighs approximately 120 pounds. He’s believed to be wearing a blue shirt with red stripes, blue jeans and white sneakers. JSO says he only speaks Spanish.