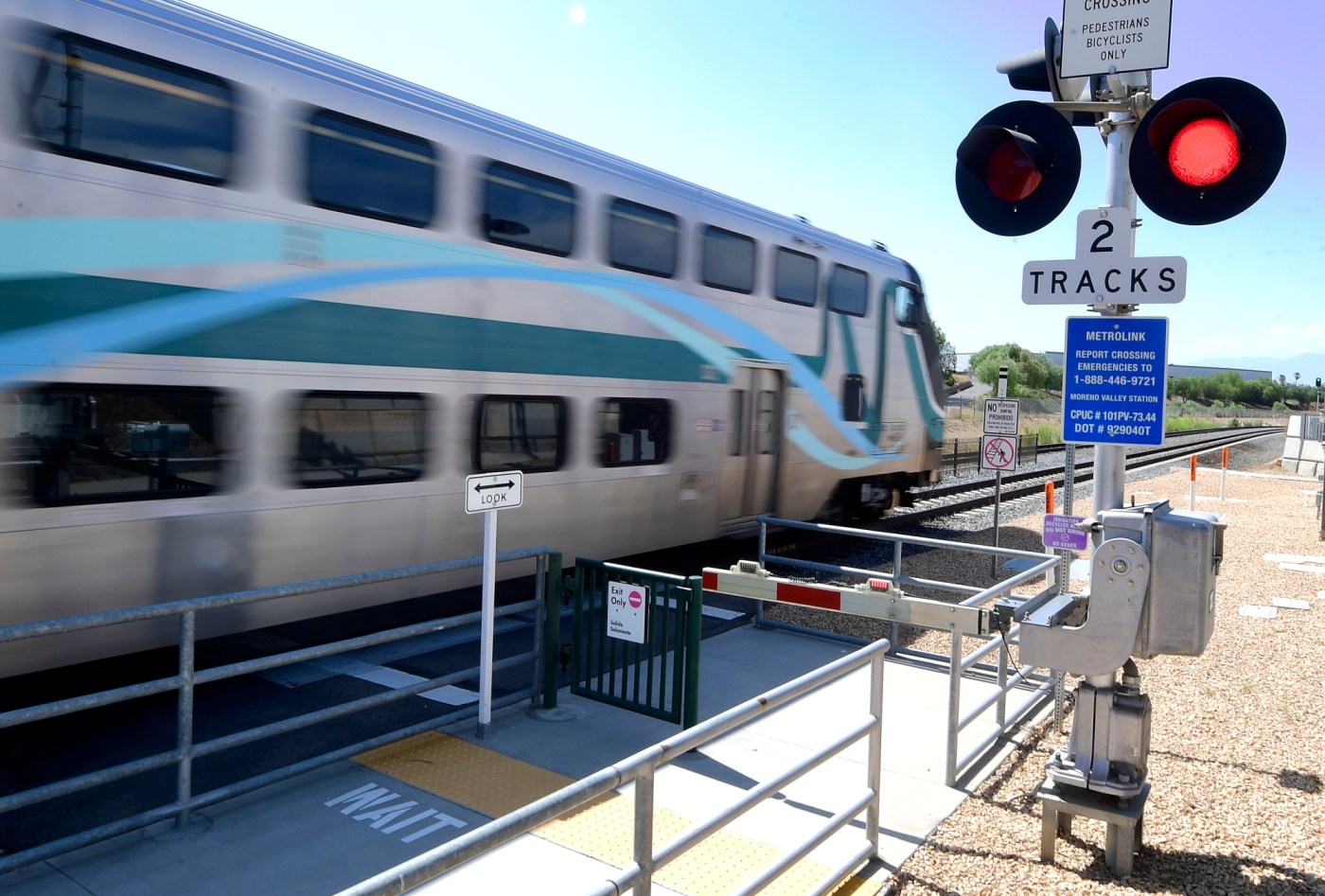 Stolen railroad wiring caused delays of more than an hour long for six Metrolink trains Thursday morning, Sept. 22, on the Orange County and Inland Empire-Orange County lines — with conductors having to hop off and stop traffic at 10 crossings before jumping back aboard.

Engineers brought the trains to a stop before the crossings. Wearing orange vests and armed with wands, the conductors would bring vehicles to a halt, allowing the trains to safely, slowing rumble over the street.

Just before 4 a.m., the track-indication system signaled to Metrolink dispatchers there was a problem. Repair crews were dispatched to between the Orange and Santa Ana stations and found wiring had been removed, Metrolink spokesman Scott Johnson said.

Law enforcement officials were notified of the vandalism, with the investigation ongoing. Thieves often take wire from public facilities and then sell it.

Repairs were made, and by 11:30 a.m. all of the trains were operating at normal speeds. Metrolink offered vouchers and alternate transportation to affected passengers.

This is a developing story. Please check back for updates.

As autumn arrives, so does another heat wave in Southern California

Ask Amy: I’m tempted by this offer from my frisky prom date