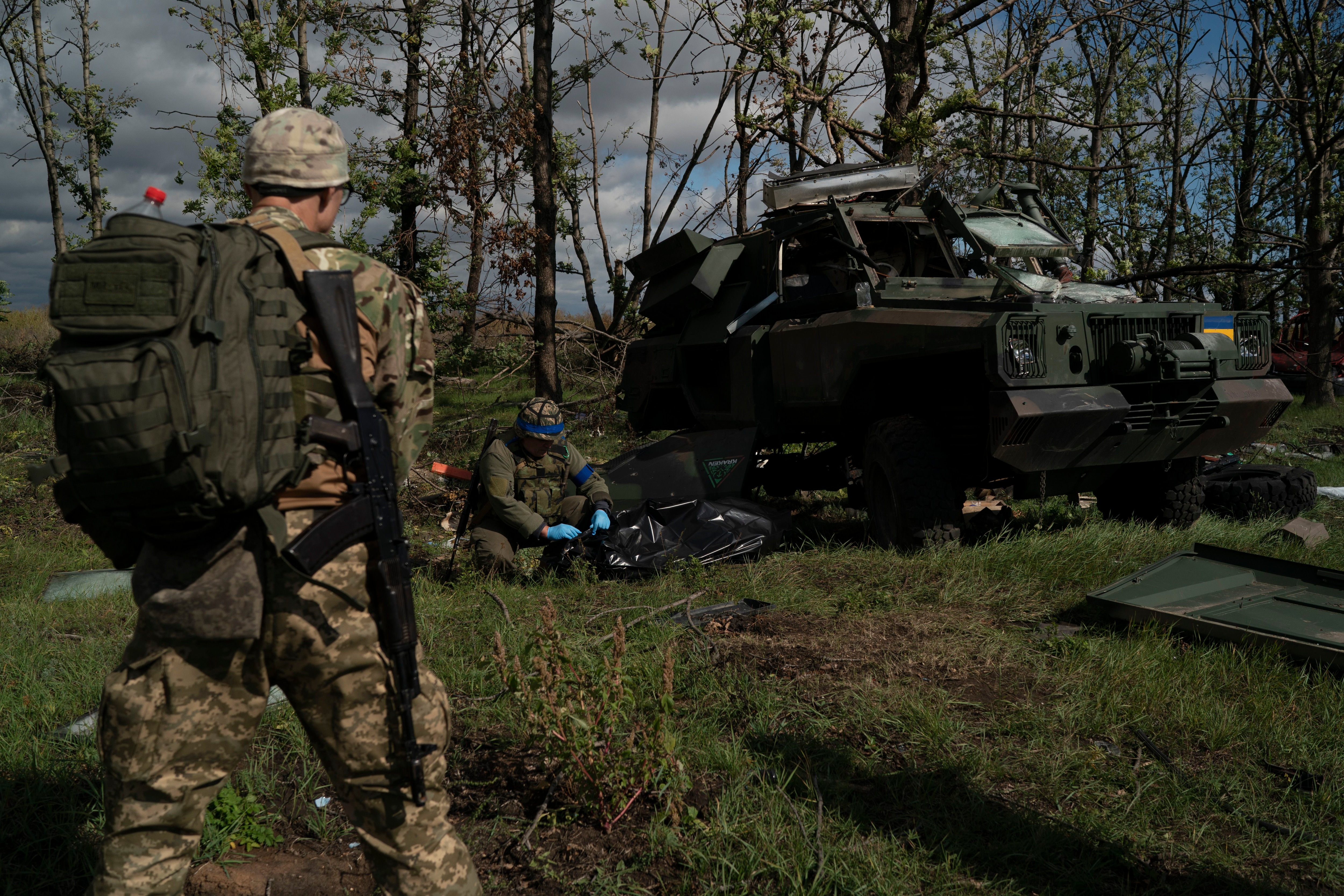 The four soldiers lay in the grass, sleeping bags and cans of food, some opened, scattered around them. Beneath nearby trees, their cars were smashed and torn by shrapnel. The men had been dead for months.

This region of rolling fields and woodland near the Russian border was the site of fierce battles for months during the summer. Only now, after Ukrainian forces retook the area and pushed Russian troops back across the border in a blistering counteroffensive, has the retrieval of bodies scattered across the battlefield been possible.

The area was of strategic importance as its high ground is among the positions where Russian artillery could easily strike Kharkiv, Ukraine’s hard-hit second-largest city, said Col. Vitalii Shum, deputy commander of the 3rd Brigade of Ukraine’s National Guard, whose team has been collecting the battlefield dead — both Ukrainian and Russian — for days.

For the soldiers’ families, news of the body recovery will be final, incontrovertible confirmation that their son, brother, father or husband will not be coming home.

Even if they had been notified that their loved ones died in combat, without a body to mourn over a glimmer of hope remained.

“They would be hoping that he was captured, and this is the worst,” Shum said. Once the bodies’ identities are verified through DNA tests, “a difficult and hard procedure will take place,” he added: notifying the family the body has been found, and all hope of their loved one again walking through the front door is lost.

During the retrieval mission on Monday, Shum’s team photographed the site for evidence and unpacked body bags as soldiers checked the surroundings, and the bodies themselves, for booby-traps and mines. One of the dead soldiers had a hand grenade on him — he never had time to use it as the Russians closed in.

After the search for explosives was finished, a soldier went through the pockets of the dead men’s uniforms for identity cards and personal belongings, placing them in plastic bags before the decomposing bodies were lifted into body bags.

The task was performed matter-of-factly, quietly, gently. The body bags were zipped up, numbered and carried along a muddy track to a waiting truck.

The battle here occurred in June, and it was as ferocious as it was bloody. It included close-quarters combat as well as the use of tanks and artillery, said 1st Lt. Mykyta Sydorenko, a 24-year-old commander of an anti-tank unit who participated in the fight and was now back to help collect the remains of his fellow soldiers.

In all, the Ukrainians had four positions in the area, and were determined to hold them. The Russian troops attacked and captured four Ukrainian soldiers, and the Ukrainians launched a rescue bid. An all-day battle ensued, Sydorenko said. Ukrainian reinforcements came in, but the Russians just kept coming.

“They were coming like ants, I just don’t know how to describe it in another way,” he said.

The losses were heavy on both sides. Sydorenko said at least 16 Russian soldiers …read more

At UN, a fleeting opportunity to tell their nations’ stories