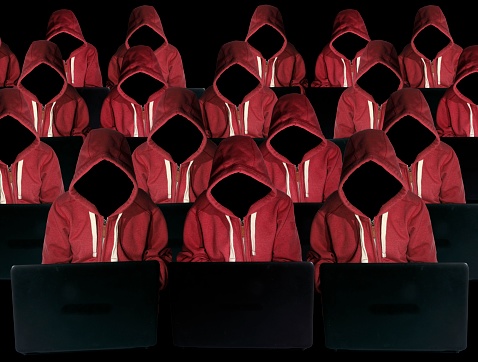 The number of incels in the UK is rising (Picture: Getty Images/Science Photo Libra)

It was the end of April 2018 and a white van had just mowed down a lot of pedestrians in Toronto.

As a journalist, I followed the reporting of the attack – which led to 11 dead and 15 injured – and stumbled across the word incel, used to describe the van’s driver, Alek Minassian, 28.

I had never heard the word before, so I googled it.

It led me to a forum, full of cheering men, celebrating Minassian’s murderous crimes. One of the first comments I was met with was: ‘I will drink a celebratory beer for each victim that turns out to be a woman between the age of 18-35’.

While families were burying their loved ones, the perpetrator had become a hero within the incel movement – it felt surreal.

Three years after Toronto, the UK would have its first lethal incel attack.

In 2021, Jake Davison, 22, shot dead five people in Plymouth – including his mother and a three-year-old girl. He then turned the gun on himself.

Davison held incel-related views and his massacre was celebrated on the incel forums he frequented, where he became a martyr. The traffic to incel-related forums increased sixfold in nine months.

I began to dive into these forums, and of all the research I have done, as an author and journalist, this has been the worst – and darkest.

I have never encountered so much anger, frustration and violence than from the men who, shrouded in the light of their computer screens, share their hatred for women with the world.

Incel means involuntary celibacy. Men who self-identify as such often come together on internet forums to share their hatred of women who, they believe, deliberately deprive them of sex.

The language used is often extremely violent. Women are usually referred to as ‘femoids’. They are not seen as humans. In the best case scenario they are seen as objects, or, in the worst case, sex slaves and targets.

Chads: Attractive men
Staceys: Attractive women
Becky: A normally attractive woman
Normies: Normal people
To go ER: To do an Elliot Rodger. Mass Shooting
Black Pill: The moments an incel realises he is an incel
Bonesmashing: To hurt yourself in the face, along the jaws, to make them grow
Femoid: Derogatory  word for women.
Wristcels: A person thinking he is an Incel for his thin wrists.

Terrorist groups rarely refer to their targets as humans. For example, ISIS is said to refer to Westerners as adulterers, imperialists and pigs – all as a way to make it easier for their supporters to physically harm and kill.

Some incels are advocating for state run rape camps, since they believe men have the right to sex.

Others speak of joining ISIS for the possibility of getting sex slaves. Some admit to rape, or attempted rape.

Others, who hold management roles, tell stories of how they try to break women down in …read more

Inside Man: Who is Stanley Tucci’s wife and does he have any children?

Pokémon fans are making their own creatures with an AI bot

Tinie Tempah on secrecy shrouding his acting debut, returning to rap and why new drill-based musical show Jungle is ‘overdue’