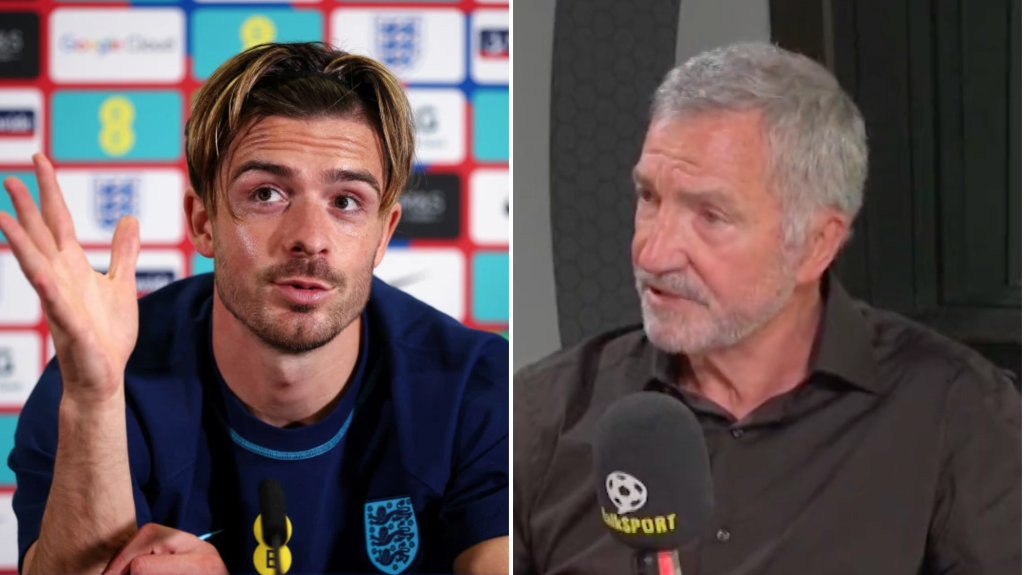 Graeme Souness has refuted Jack Grealish’s claim that he has an agenda against the Manchester City star, even going so far as to invite the player on a night out.

The Liverpool icon turned pundit has been critical of Grealish in recent times, describing him as a ‘good, not great player’ and making comments on his playing style.

But Grealish hit back at these remarks on Wednesday, telling reporters: ‘I don’t know what his [Souness’] problem is with me. He always says stuff about me.

‘I know he’s said a lot of stuff about me not moving the ball quicker but when I’m playing for a manager like Pep Guardiola and he’s telling me to keep the ball as much as I can and have balls to take it everywhere, that’s what I’ll try to do.’

Souness has now responded to the 27-year-old, insisting that he thinks Grealish is very naturally talented and ultimately the only person the attacking midfielder should take criticism from is Guardiola.

‘I think he’s a good player, technically he’s fantastic, but being a really good technician is only a part of the game.

ð¤£ âIâm not sure I could stay with him, but Iâd enjoy a night out with him!â

Graeme Souness admits heâd love to go out for a beer with #MCFCâs Grealish!

‘Jack has got the dribbling ability very few players have, and that kind of ability gets you on the edge of your seat, but you’ve got to deliver at the end of it. It’s not just about dribbling past two players and then giving the ball away.

‘I’m sure if I met Jack I would really like him. He’s a cheeky chappy and I’d like to have a night out with him as well, but I just feel the modern player doesn’t take criticism very well.’

Souness also compared Grealish’s situation to that of Paul Pogba’s, and warned him not to follow the same path as the former Manchester United midfielder who was under constant scrutiny from Souness.

He added: ‘Listen, I’m paid to offer an opinion and I’ve been in the game 50 years, so I think I’m entitled to have an opinion. Don’t be so precious.

‘When I was having a go at Pogba, it was because it was Manchester United and my Liverpool connections, and I think I was the first one to call Pogba out as an average player in our league, and I think I was proven 100 per cent right at the end of the day.

‘I don’t have a vendetta against anyone at all, this is just my opinion at this time about Grealish. And, …read more