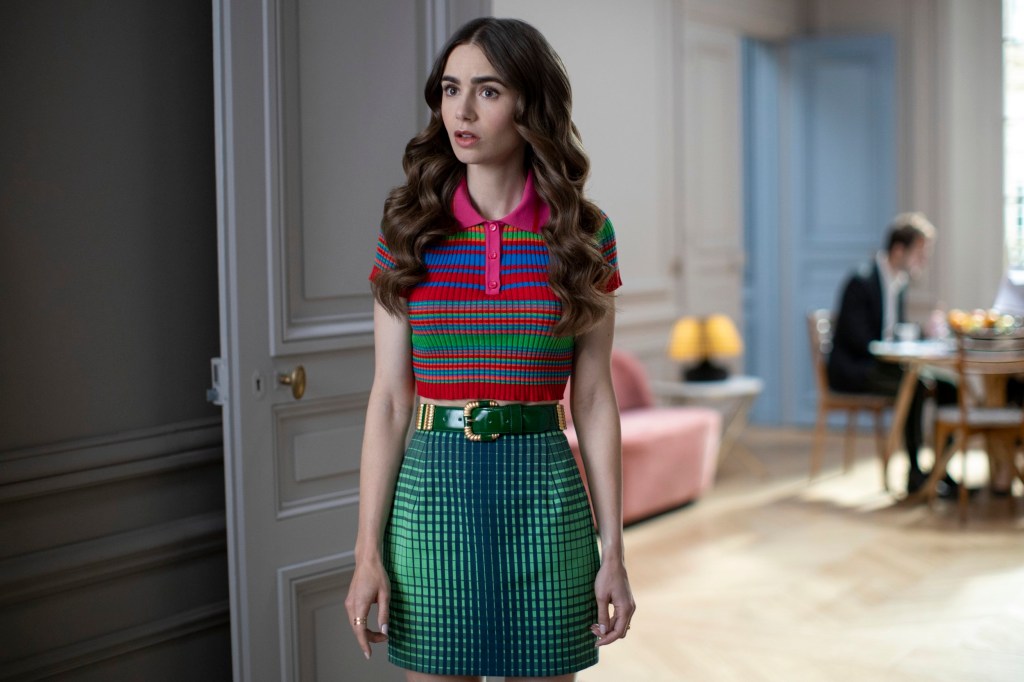 Emily Cooper is back, but the question is where? (Picture: SplashNews.com)

Emily In Paris fans were given a nice surprise as Netflix dropped first look images ahead of season three, and it looks like our favourite fashionista finds herself in a love triangle once again.

The series, which has been dubbed the guiltiest of guilty pleasures, charmed fans with its first series in 2020, as it introduced the world to Lily Collins’ scrappy Emily Cooper, who moves from Chicago to Paris to pursue a career in marketing and PR.

Emily was dealt a shock blow during the season two finale, after her contentious fashion show led to designer Pierre Cadault (Jean-Christophe Bouvet) deciding to cut ties with Savoir.

But the drama didn’t end there, as her three main colleagues all quit the firm to start their own new adventure.

She was given the option to either stay with Savoir and The Gilbert Group, meaning potential promotion under boss Madeleine (Kate Walsh), or give herself an exciting new start under Sylvie (Philippine Leroy-Beaulieu).

‘I’ve made my decision,’ Emily said, before the season abruptly ended – but we think we know in our hearts what she might do next.

Actress Lily also shared a string of photos on Instagram and assured fans that the third chapter will introduce new changes.

‘Get ready for new looks, new locations, new love triangles… Merci France for being a home away from home and embracing us yet again.

‘So proud of this cast and crew and cannot WAIT for you all to see what our girl Emily gets up to! Get ready for another wild ride…’

And judging by the response, so are Emily In Paris fans.

‘I’m not proud that this excites me,’ another added.

While Emily was faced with an ultimatum in her professional life, things also weren’t smooth sailing in her personal life either.

After Emily’s bestie Camille (Camille Razat) found out that she hooked up with her boyfriend Gabriel (Lucas Bravo) behind her back, Emily decided to keep her distance despite his feelings for her.

However, she wasn’t single for long because cue English banker Alfie (Lucien Laviscount)

Season two episode ten saw Emily and BFF Mindy Chen (Ashley Park) discussing her obvious feelings for Gabriel, but as Emily was about to tell Gabriel she loved him, he told her that Camille and him were back together.

Hugh Grant and wife Anna Eberstein praised after donating £10,000 to cost of living fundraiser: ‘Many lives will be saved’

Rebecca Ferguson claims she was treated like ‘rag doll’ by execs and fed ‘pills before bed’ at height of success: ‘They put me through hell’

Booze, billions and bonuses: the secret life of investment bankers beyond BBC’s Industry

When are the next train strikes? October 2022 industrial action dates