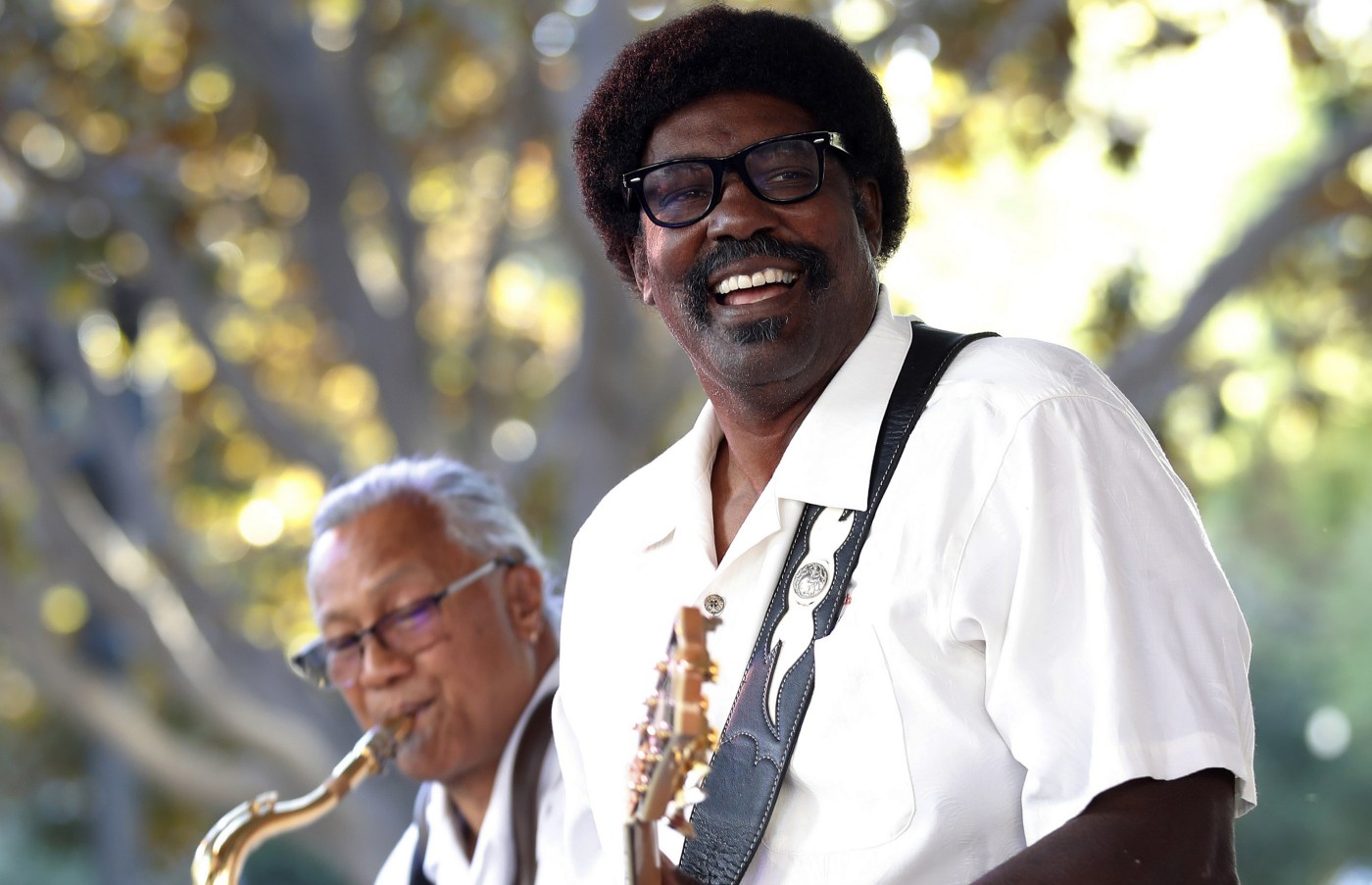 Bay Area blues guitar greats Maxx Cabello Jr. and JC Smith and other musicians will be jamming at Poor House Bistro in San Jose Saturday, Sept. 24, as part of a fundraising gala for the Fountain Blues Foundation.

The show runs noon-9 p.m. at the popular live music club at 87 Barack Obama Blvd. Besides Smith and Cabello and their bands, other performers include Gary Smith and the Houserockers with guest Andy Just, Sweet Hayah and Jefe Meduri’s Poor House Band.

Tickets are $75 advance/$80 door and available at www.fountainblues.com.

The event will feature a full bar and craft beers, as well as a raffle and silent auction. Proceeds will benefit the Blues Foundation’s long-running mission to preserve blues music in the Bay Area, from assisting musicians and helping to stage concerts, to promoting blues education at area schools.

The fundraiser will also be one of the last chances for blues and roots-rock fans to enjoy a show at the Poor House Bistro, which has been serving up live concerts for 17 years but is set to close in January.

Blues Foundation officials say one or two more fundraisers are planned at the club during the fall. Details on those shows are TK.

More information is at www.fountainblues.com.

Stock Market: Suez Canal Update! Floating!
Recipes: Eggs are not always easy, but there are tricks to making them perfectly

J.D. Davis is making the right changes to stick with the Giants

This Rosh Hashanah will be about wiping the slate, and possibly the server, clean