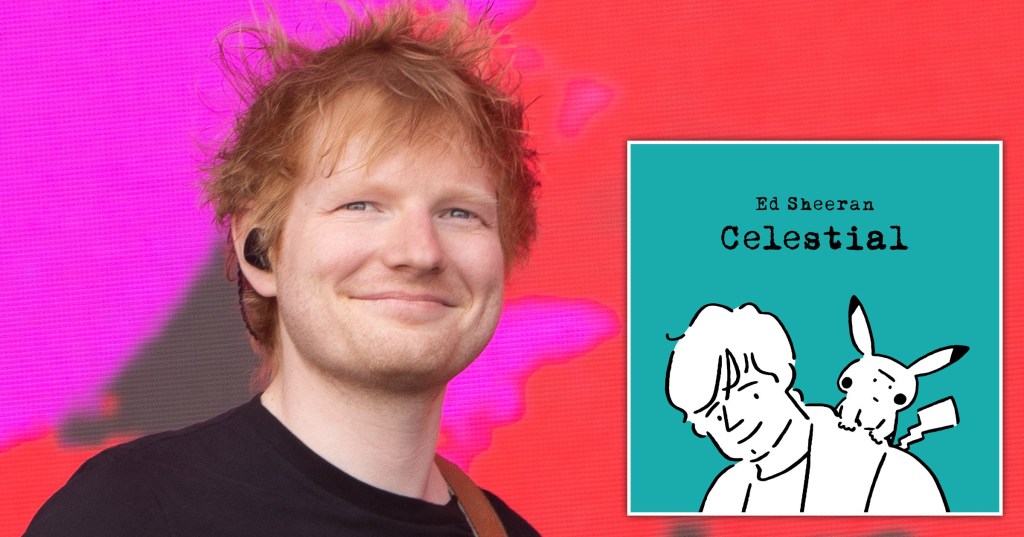 Ed Sheeran has confirmed he’s collaborating with Pokemon on a new song, and we can already feel it’s going to be a banger.

The Shivers hitmaker, who last joined forces with Pokemon last year on an in-game concert, is set to release his new song Celestial later this month.

The news was announced on Twitter: ‘Ed x @pokemon collaboration confirmed, we love to see it! ‘Celestial’ will be out September 29th.’

Details about the song haven’t yet been confirmed, but Ed is a big Pokemon fan, so we’re trusting him with the legendary franchise!

Ed’s all about collaborations at the minute, with metal band Cradle of Filth recently opening up on their unexpected partnership.

The Castle On The Hill hitmaker has done ‘some’ work on his collaboration with the band, frontman Dani Filth has revealed after they shared emails about the project last year.

Ed x @pokemon collaboration confirmed, we love to see it! âCelestialâ will be out September 29th â¨ https://t.co/rKOG5Thot1 pic.twitter.com/FzHJj7YO5k

The musician, 49, said the project has been pushed back due to Ed’s touring and personal commitments but insisted it is still going to happen.

‘We still have yet to finish our song with Ed Sheeran. He’s done some of it, but then he had a baby, and then he got obviously sidetracked with that and doing whatever Ed does, which is play massive shows around the globe,’ Dani shared, speaking to Knotfest.

Dani revealed that Ed is a fan of Cradle Of Filth, and said he’d do anything for the project.

He added that he believed the collaboration would be great fun and that doing it for charity would bring ‘a bit of credibility to it’ drawing attention away from the wildly different styles of the artists.

Meanwhile, Ed has previously collaborated with artists including Ed Sheeran, Stormzy, and Camila Cabello, so he’s no stranger to being part of a dream team.

Celestial is out on September 29.

MORE : Ed Sheeran says he wouldn’t have a career if it wasn’t for Jamal Edwards ‘putting his arm around me’

MORE : Ed Sheeran offered The 1975 an ‘insane’ amount of money to support him on tour but they turned it down

Stock Market: Suez Canal Update! Floating!
We put one of those silicone French tip nail stampers to the test – here’s what we thought