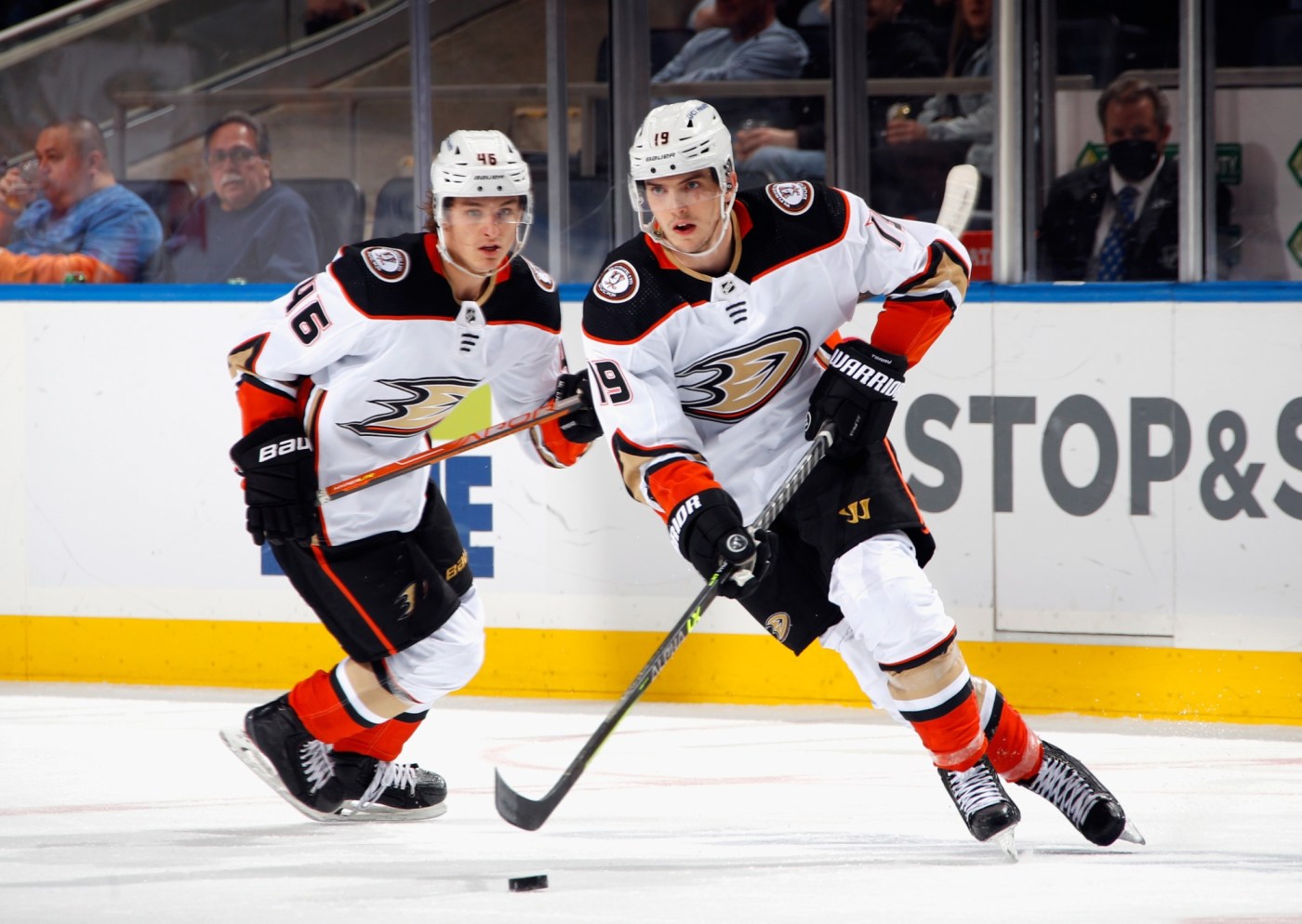 One of the final, fitting frames of the Ducks’ tumultuous regular season included playing the third period against the Dallas Stars with an emergency backup goalie.

It’s been almost five months between the finale in Dallas and opening of training camp Thursday at Great Park Ice in Irvine. The Ducks’ 64-man training camp roster includes seven first-round draft picks and a handful of free-agent invitees, including forward Rocco Grimaldi, who was born in Anaheim and played in 203 NHL games, mostly recently with the Nashville Predators.

The Ducks also announced center Sam Carrick had hip surgery in May – to repair a torn labrum – noting that the timeline for recovery is about six months. Additionally, much-traveled defenseman John Moore, acquired from the Bruins in the Hampus Lindholm deal, remains out with an injury.

Pat Verbeek will begin his first full season as Ducks’ general manager and Coach Dallas Eakins is starting his fourth season in Anaheim. The Ducks have been a fixture in the lottery – last making the playoffs in 2017-18 – and Verbeek, accordingly, has been busily reshuffling the deck since assuming the position in February.

A closer looking at the comings and goings …

John Klingberg, D: This was Verbeek’s signature move of the summer, signing the top free agent (from Dallas) available on the market to a one-year, $7-million contract. With one quick stroke, the blue line was bolstered with experience, offensive creativity and much-needed power-play acumen.

Dmitry Kulikov, D: Verbeek added more experience on the blue line in August via a trade with Minnesota, acquiring the 31-year left-shot defenseman for future considerations. Kulikov might be a possible defensive partner for youngster Jamie Drysdale.

Ryan Strome, C:  One of two key signings (along with the next player on our list) on the opening day of free agency. Strome is coming off a career-high 21-goal season with the New York Rangers and gives the Ducks the luxury/option of playing rookie center Mason McTavish lower in the lineup.

Frank Vatrano, F: Another move bolstering the forward ranks. Vatrano described himself to reporters as bringing tenacity and speed to the mix. He flourished with the Rangers after arriving from Florida, via trade in March, and provides versatility, having played on right wing at different times in his career and on the left side with the Panthers.

Ryan Getzlaf, C: The reality of Getztaf’s retirement has settled in but it will be reinforced again when the Ducks take the ice for their regular-season opener without their long-serving captain Oct. 12 against Seattle at Honda Center.

Ducks’ Zegras: “I’m not one to get bogged down by the outside noise”

Kurtenbach: Same ol’ Jimmy — Garoppolo’s brutal game was a reminder of why the Niners moved on