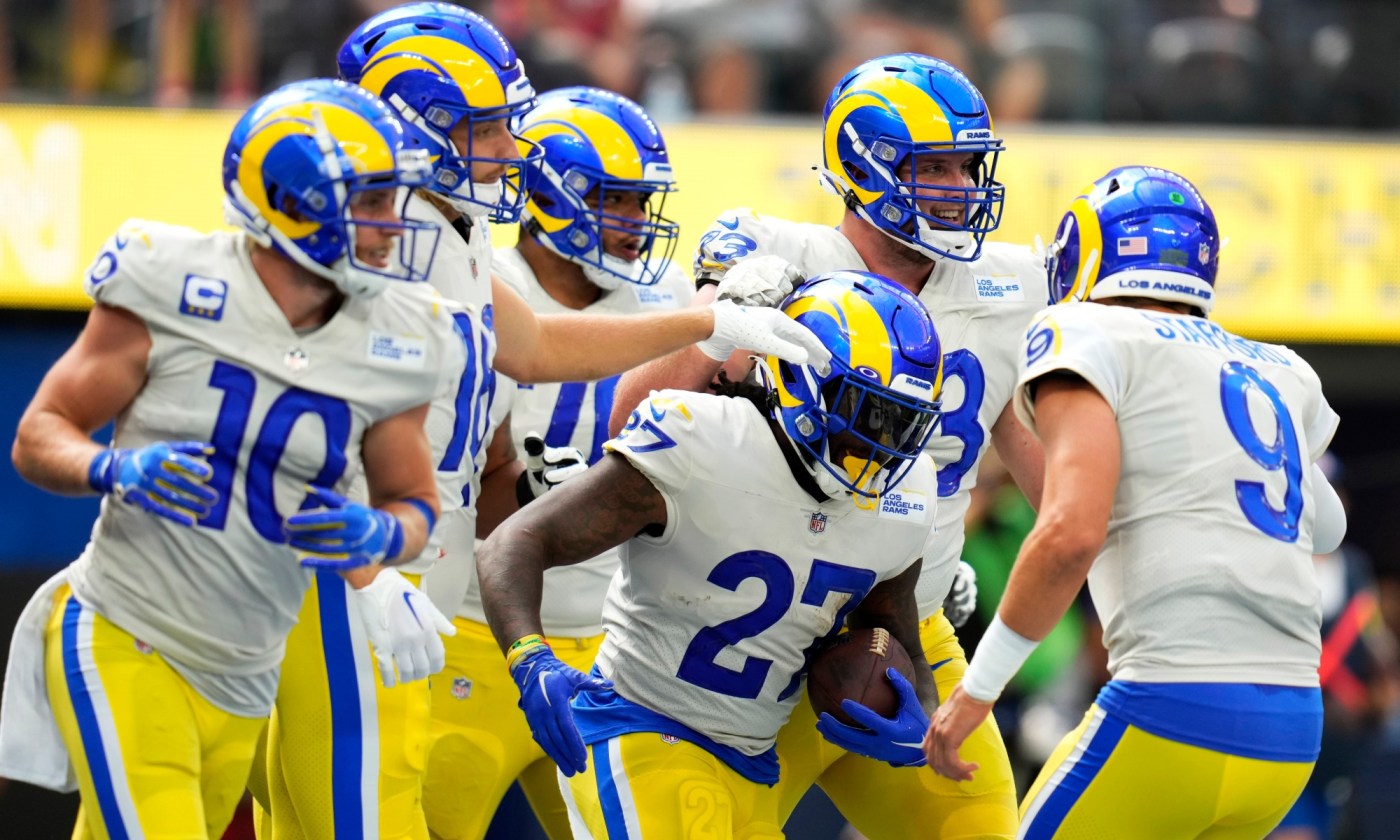 The Rams are down to their third option at right guard and there’s currently one tight end on the active roster as of Wednesday afternoon. But the shuffling on the offensive line and lack of blockers hasn’t phased Henderson, who has been one of the few constants on the Rams’ offense through two games this season.

Henderson is healthy, running hard and grateful for his teammates.

“He a dog,” Henderson said of wide receiver Cooper Kupp providing the lead block on his 8-yard touchdown run against the Atlanta Falcons last week. “I appreciated what he did and he led the way. The offensive line did a great job. He knew what the play was designed to do and he came through.”

Henderson and the rushing attack had a productive outing in last week’s victory against the Falcons, despite losing right guard Tremayne Anchrum after the second play of the game. Henderson and Cam Akers combined for 91 rushing yards before the team was docked 26 yards on an intentional safety as a strategy to help secure the win.

Anchrum, who was filling in for Coleman Shelton, will miss the remainder of the regular season because of an ankle injury. Shelton moved to center to replace the injured Brian Allen and now the team will welcome Alaric Jackson to the starting lineup on Sunday to play right guard against the Arizona Cardinals. Veteran guard Oday Aboushi is also available after the team promoted him to the active roster on Tuesday.

“Everybody that’s in the room, they’re capable of playing, so we just trust everybody who’s playing,” Henderson said of the weekly changes on the offensive line.

Henderson, the fourth-year running back, also had praise for wide receiver Ben Skowronek, who played fullback against the Falcons. The Rams rarely utilize a fullback, but it was their way of adjusting to the injuries on the offensive line.

“He did a great job,” Henderson said. “He’s tough, he’s physical and he knows his assignment and when he’s leading the way, it’s going to be a collision.”

Henderson also said Akers is “going to be special in this league” and he’s not concerned about his slow start to the season. Henderson’s statistics aren’t among the best in the fantasy football world, but he’s been a calm and reliable presence on the field and his teammates and coaches have noticed.

“Yeah, I thought they both did a good job,” Rams coach Sean McVay said of Henderson and Akers. “That’s why you don’t really get too caught up in stats because they end up taking a bunch of yards away when we took the safety. Because it’s always about trying to win the football game. But I did think that both Cam and Darrell …read more