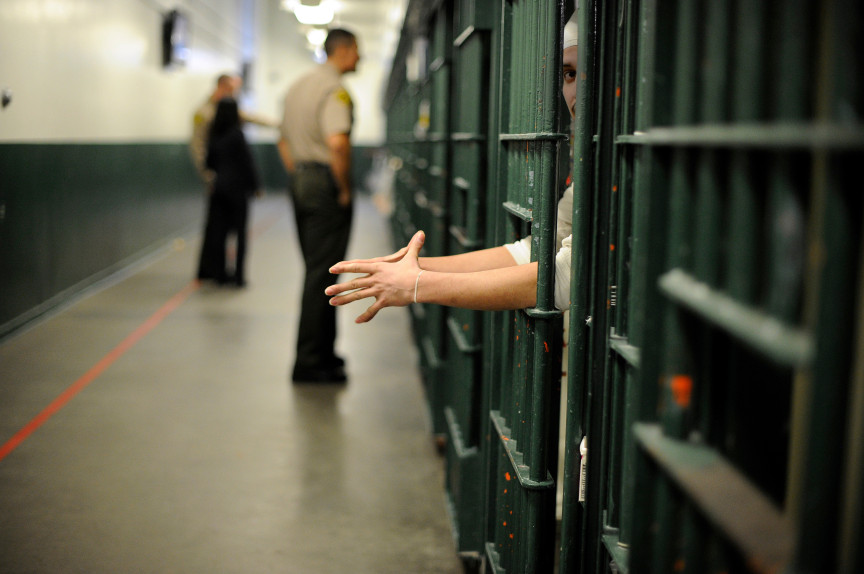 In Los Angeles County, the barbaric ways in which inmates in the county jail’s booking center are often held have forced the ACLU this month to file an emergency lawsuit over “abysmal conditions of confinement” that are well-known to Sheriff Alex Villanueva and other law-enforcement leaders who have been “violating decades of court orders.”

Inmates with serious mental illness have been “chained to chairs for days at a time, where they sleep sitting up,” the ACLU says. “Dozens of people (are) crammed together, sleeping head-to-foot on the hard concrete floor,” with “People defecating in trash cans and urinating on the floor or in empty food containers in shared spaces.”

At least, the cockeyed optimist might say, most of those inmates are still alive, sort of.

Because in Riverside County, the Desert Sun reports, Sheriff Chad Bianco “has kept from the public the names of 12 of the 13 inmates who died in custody this year. … In several cases, the sheriff told the state about the deaths only after the newspaper began asking questions.”

Parallel to staff writer Christopher Damien’s reporting, which uncovered the names of the dead, the ACLU has also found out who died there while incarcerated, after filing public records requests.

What is the point of not telling the public when inmates have died while in custody? Who knows — certainly not the public. That’s because, while the law provides for the reporting of inmate deaths to the California Department of Justice within 10 days, so that the Riverside Sheriff’s Department clearly broke the law, there is apparently no penalty for failure to follow that law. And the department simply declined to comment to the Desert Sun about its failures in reporting.

It also lied: “Beyond reporting the deaths late, the sheriff’s department gave inaccurate information to the Department of Justice, saying 12 of the 13 had been sentenced in their cases at the time they died. In fact, none had.”

No one is saying that Californians want to see inmates, many of whom are probably guilty of the crimes for which they have been arrested, mollycoddled. But we also don’t want to support with our tax dollars this kind of bestial, gulag-style incarceration, with mentally ill people chained up as if in a medieval prison, with more than a dozen people dying while in law enforcement custody and the public not even being informed. This is merciless, brutish stuff, and we won’t be a party to it, and fail to understand how the elected sheriffs of these two counties who are supposed to represent voters with dignity can countenance it — or can sleep at night.

In Los Angeles, the ACLU reports, Jhean Banos, who has been diagnosed with schizophrenia, was held at the booking center for more than four days in August. He had cuts and bruises around his wrists likely caused by being cuffed for more than 99 hours.