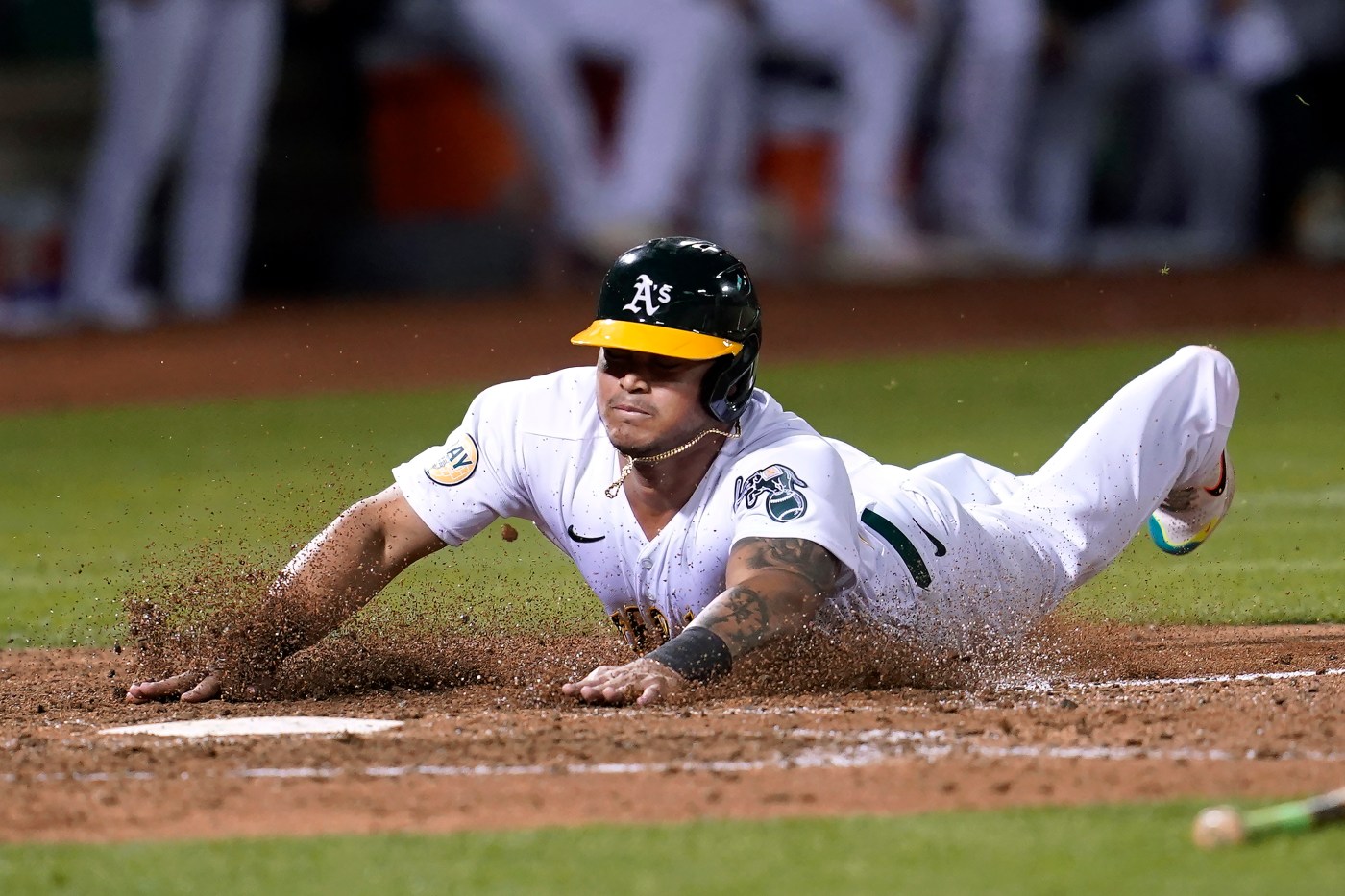 OAKLAND, Calif. (AP) — The Seattle Mariners are searching for their winning ways again — the timely hits, sharp defense and shut-down pitching that has carried them so close to getting back to the playoffs for the first time since 2001.

“The last couple nights have been a little tough at the plate not being able to be productive,” pitcher Robbie Ray said.

Luis Torrens homered for one of four hits by the stumbling Mariners as they were shut down again by the last-place Oakland Athletics, losing 2-1 on Wednesday night for their fifth defeat in six games.

Torrens connected in the eighth for Seattle’s lone bright spot after he had been called up earlier in the day. The Mariners are in the third and final AL wild-card position, four games in front of Baltimore.

Seattle manager Scott Servais spoke to his team Wednesday after the Mariners were limited to one hit a night earlier about not trying to do too much and playing at the same level that has made Seattle so successful this year.

“You just have to stick to your standard,” he said. ”We’re in a dip right now.”

Pinch-hitter Vimael Machin hit an RBI double in the seventh and Tony Kemp added a run-scoring single later that inning against Erik Swanson (2-1), a day after Kemp’s three-run homer lifted Oakland past the Mariners 4-1.

Machin’s double got through left fielder Jesse Winker’s legs for an error that allowed Jordan Díaz to score from first after he drew a leadoff walk.

The Mariners’ defense hasn’t been steady.

“I think we know where we’re at. We’ve got to get better,” Servais said.

James Kaprielian (4-9) allowed two hits and struck out six with one walk over seven scoreless innings to outduel Ray.

Ray, who had a 2.41 ERA with 28 strikeouts in three previous starts against the A’s this year, struck out seven to reach the 200-strikeout mark with three walks and surrendered three hits over six scoreless innings.

Domingo Acevedo finished for his fourth save.

“It’s a good team over there. They bumped us from the playoffs last year and we want to go take some wins from them,” Kaprielian said. “We like going out there and competing against good teams.”

Mariners: 3B Eugenio Suárez, placed on the injured list Saturday with a fractured right index finger, has begun taking light swings again with both a softer ball and regular baseballs. He is scheduled to hit batting practice during this weekend’s series in Kansas City. “Geno feels much better,” Servais said. … C Cal Raleigh returned to the lineup after sitting out four of the previous five games because of a sore left thumb.

Athletics: CF Ramón Laureano is expected to miss the remainder of the season after going on the 10-day injured list Saturday with a right hamstring strain. He will begin a rehab program in the coming days but manager Mark Kotsay noted with the time crunch of games left this year, “I’m kind of sure it’s going to be a season-ending (injury).” Laureano …read more

Stock Market: Suez Canal Update! Floating!
Mets’ Chris Bassitt reflects on trade from Athletics a day after shutting them down